Amber Parks said her daughter's school told her the waiting list for Chromebooks was more than 1,000 people long. 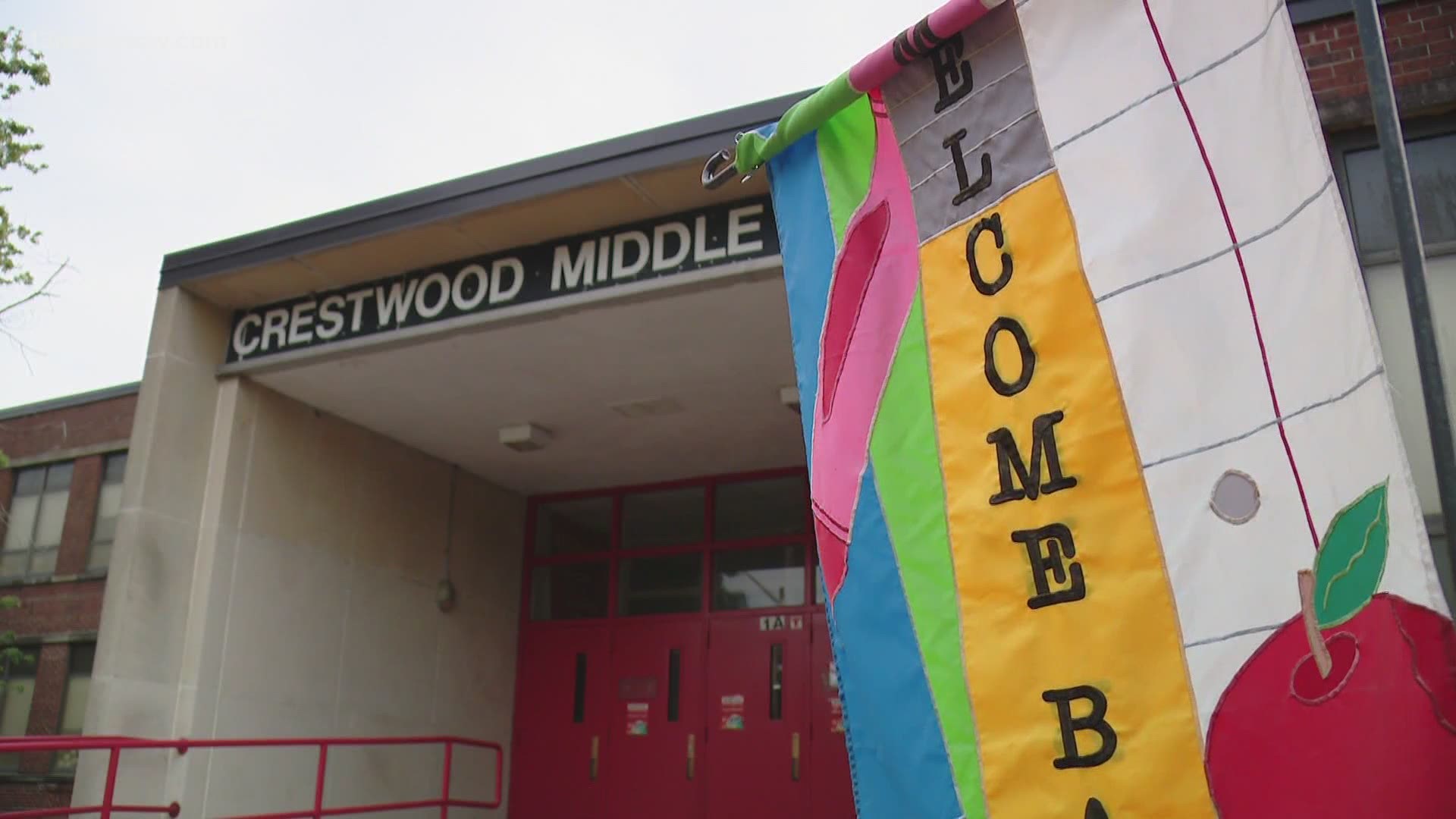 CHESAPEAKE, Va. — On Tuesday, students and teachers in Hampton Roads begin a new school year unlike any other. School divisions have been preparing for months. But, some families in Chesapeake told us they still aren’t sure how they will get connected for the first virtual day.

Parks is preparing her daughter to start sixth grade, virtually at Hugo Owens Middle School, without a laptop or Internet.

Parks said the Chesapeake Public Schools' technology survey during the summer asked if the family had a shared device. She said they have one iPad

“We answered we had one shared device,” Parks said. “It also asked if you had Internet access and I answered no.”

Parks said she didn’t hear from the school until she called last week.

“You could just tell that she was sick to tell me that basically we would have to be put on a waiting list,” Parks said about the lady who answered the phone.

She said the school told her their waiting list was more than 1,000 people long.

Parks was one of dozens of parents who commented that they didn’t have their Chromebooks yet on a Chesapeake community Facebook page.

“I’m not alone in this,” said mom DeeDee. “There is a lot of parents.”

DeeDee, who didn’t want to be identified further, said she completed the survey for Chromebooks for G. W. Carver Intermediate School. She said the school sent an automated message home over the weekend that they had over 50 Chromebooks to give out on Monday.

“By the time I got up there, they said they were out of Chromebooks and they would try to get some tomorrow,” DeeDee said.

DeeDee said she answered also answered the division technology survey over the summer. She said she has three elementary school students and doesn’t have a backup plan.

“I have literally one computer,” DeeDee said. “So, I have to pick and choose.”

The school division’s spokesperson Angie Smith said in a statement that the Department of Technology has been delivering to schools daily to ensure all needs are met.

“School principals have been reaching out to families in need for the past couple of weeks and they will continue this process until all needs have been met,” Smith said. “Some schools may be finished with this process, while others are not.”

Smith said ample devices were provided to each school based upon the family needs collected in the summer.

“Knowing needs may change and that some families did not initially respond, each school was allocated more than what was required,” Smith said. “Some schools made it a priority to hand out devices to those who reported a need first and created a waiting list for others. However, as devices were distributed across the district, if a family indicated that the answer choice, they made was incorrect or their situation had changed, they were included in the distribution.”

13News Now asked Smith if the division is seeing a lot of last-minute inquiries for Chromebooks.

“There are many families who are indicating their situation has changed and they now will require a device, in some cases for multiple students in a home. We are working with each family to assist. We do not want [the] lack of technology to be a barrier for any of our families.”

Smith said families should contact their child’s school if they need assistance. She said the division appreciated the patience and understanding of families.

“Every member of the CPS team, tech support staff members, administrators, teachers, and more, are all working to help families to make this virtual opening as smooth as possible. We know this is a challenge that we all face together.”

Parks thought not having Wi-Fi would have immediately qualified her daughter weeks ago.

“I am officially on the list, but I feel like the chance is pretty slim at this point,” Parks said, referring to the waitlist.

“It’s frustrating to know how many people are facing tomorrow like this,” Parks said.

Smith with CPS said if and when a school runs out of Chromebooks, it only takes another day or two to get more. So, students shouldn't be disconnected for too long.

We heard back from a few other school divisions in the area.

Norfolk, Portsmouth, and Virginia Beach all told us they've distributed laptops to every family who needed them.

Newport News also has Chromebooks for every student, but some families still haven't picked theirs up. If you're one of them, you can pick up a Chromebook at several schools, all week.