It's day one of a new mask policy in Isle of Wight County Schools. So far, school officials said people are following the new rules. 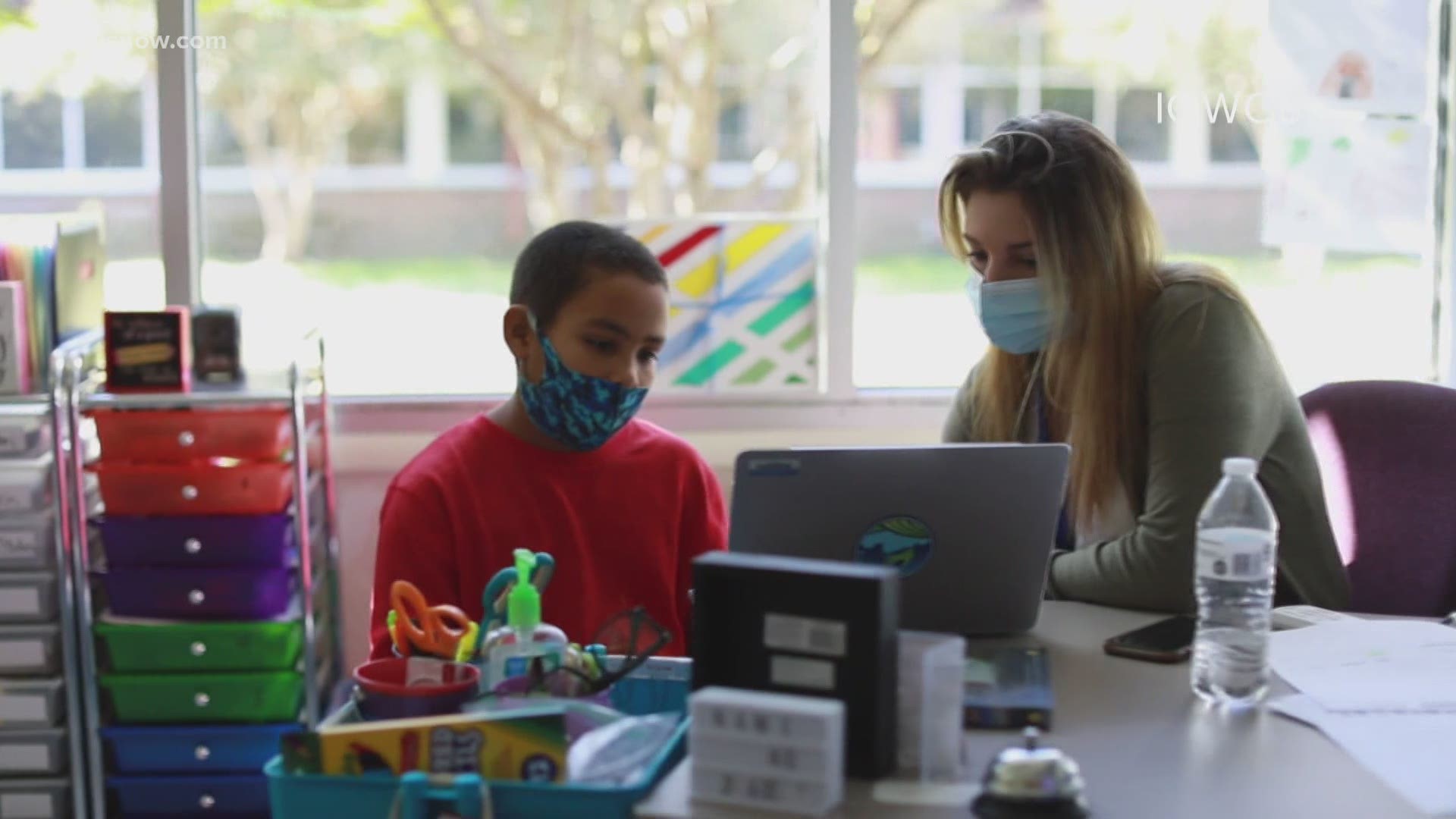 “It seems to be going well. One thing we’ve found since the students have been back, is that a lot of them have been electing to wear their masks when they’re in the building anyway,” said the Isle of Wight County Schools Director of Community and Media Relations, Lynn Briggs.

Still, division officials said to help everyone feel comfortable with the masks, there will be scheduled "mask breaks". Those will give students a quick moment, to take them off.

Briggs said, “We’ll be working with the teachers and with the students and the families on what that will look like.”

Even though the mask break details are a work in progress, we know the school day will look like students going mask-less while outside or during Physical Education class.

That’s as long as people are properly distanced from one another and they do have a lot of students to spread out.

“And he hates the mask,” said Swartz.

She said he is back in person because he needs the support in Special Education.

“School is hard enough. It is more challenging now than it’s ever been and on top of it, they’re struggling wearing something that is distracting,” said Swartz.

Amy Couser said her children are in Isle of Wight County Schools too.

“As long as the kids can go to school, they can wear a mask all day long,” said Couser.

She feels optimistic about the new mask policy so far and said her children are used to wearing them already.

“Hopefully in the long run it does help, but it’s not hard to have a mask on your face when you’re out and around other people,” said Couser.