A number of school divisions across the Hampton Roads area experienced problems with remote learning on the first day of classes. 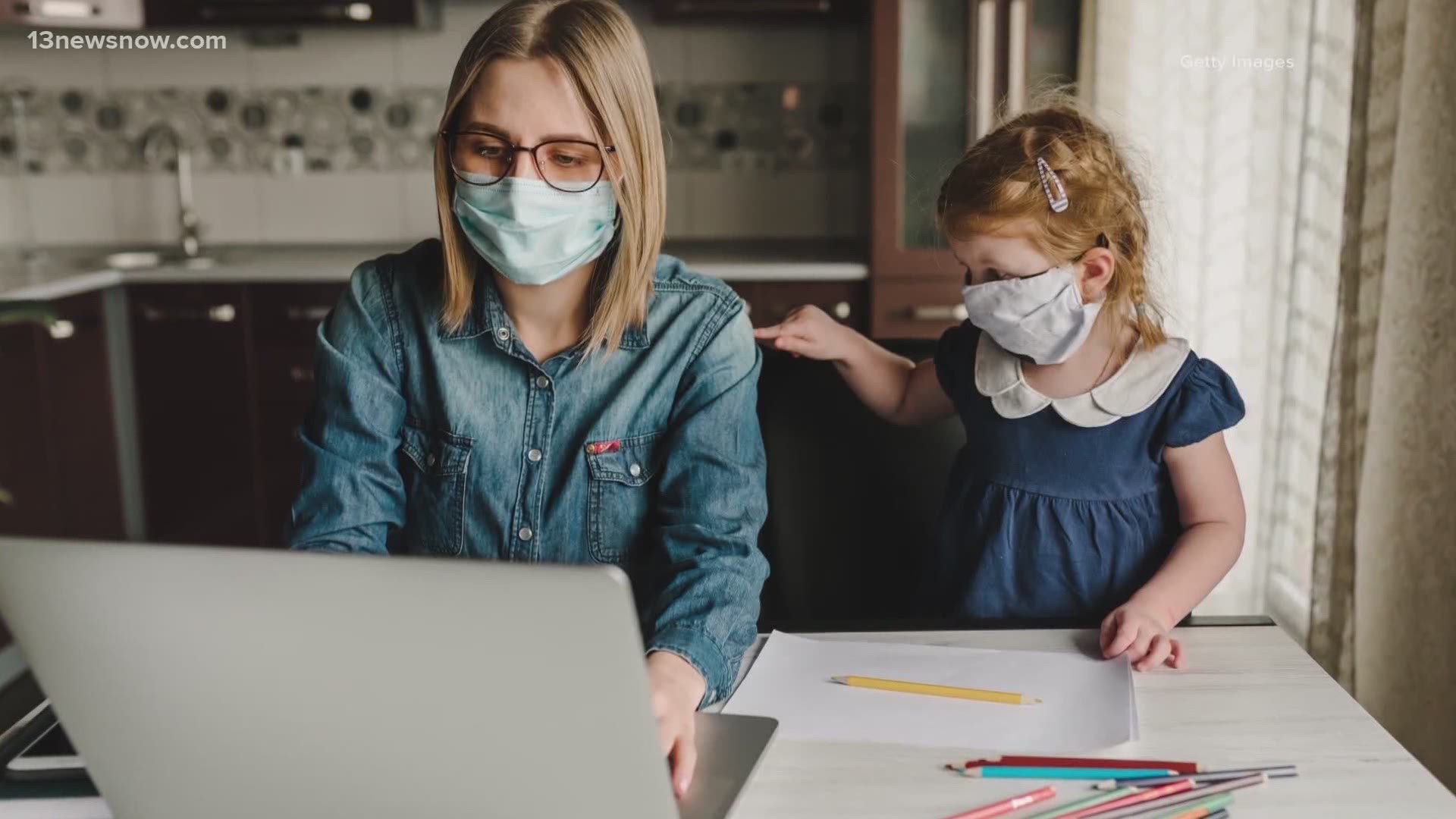 JAMES CITY COUNTY, Va. — As students attempted to log on to school websites on Sept. 8 for the beginning of the virtual school year, a few school divisions around Hampton Roads faced technical hurdles.

From the school systems' social media, administrators confronted their frustrations.

In Williamsburg and James City County, there were some server problems with the remote learning portal.

"We are working with the service provider to troubleshoot the issue now. At this time, it is unclear whether this is a local issue or part of a larger access problem as students across Virginia begin school," administrators wrote.

Some of the elementary school students in the system did not have laptops yet, so some of those students began school with learning packets.

The technical glitch lasted about an hour and 15 minutes.

By mid-afternoon, there continued to be a few issues with getting into Zoom meetings. Some of the problems were because of settings on computers (e.g., pop up blockers and toggles), others are related to the number of people using Zoom at the same time.

Virginia Beach Public Schools came out with a statement about internet connectivity issues in their public buildings around 11 a.m.

A spokesperson said the outage was "affecting schools up and down the east coast" and "our engineering teams are actively working to fix the problem."

Norfolk was also affected by internet issues, but by about 1 p.m., said they had been fixed.

A post from the division said their internet filtering company, Securly, got the wifi working again.

In York County, parents facing technical issues were asked not to call the school system, due to an influx of calls Tuesday morning.

Those administrators did not say if there was a system-wide problem, or if people were calling with general technical questions.

The school system directed those who needed help to email ycsdITsupport@ycsd.york.va.us.

These messages are reminiscent of some issues North Carolina schools had when they went back to school, in mid-August.

A spokesperson for Newport News Public Schools said they responded to calls as they received them. Most of the callers asked about logging in. No technical issues have been reported, just log in issues.