10-month-old Amelia Skyy White died in April after her mother's car was rear-ended in Isle of Wight County. 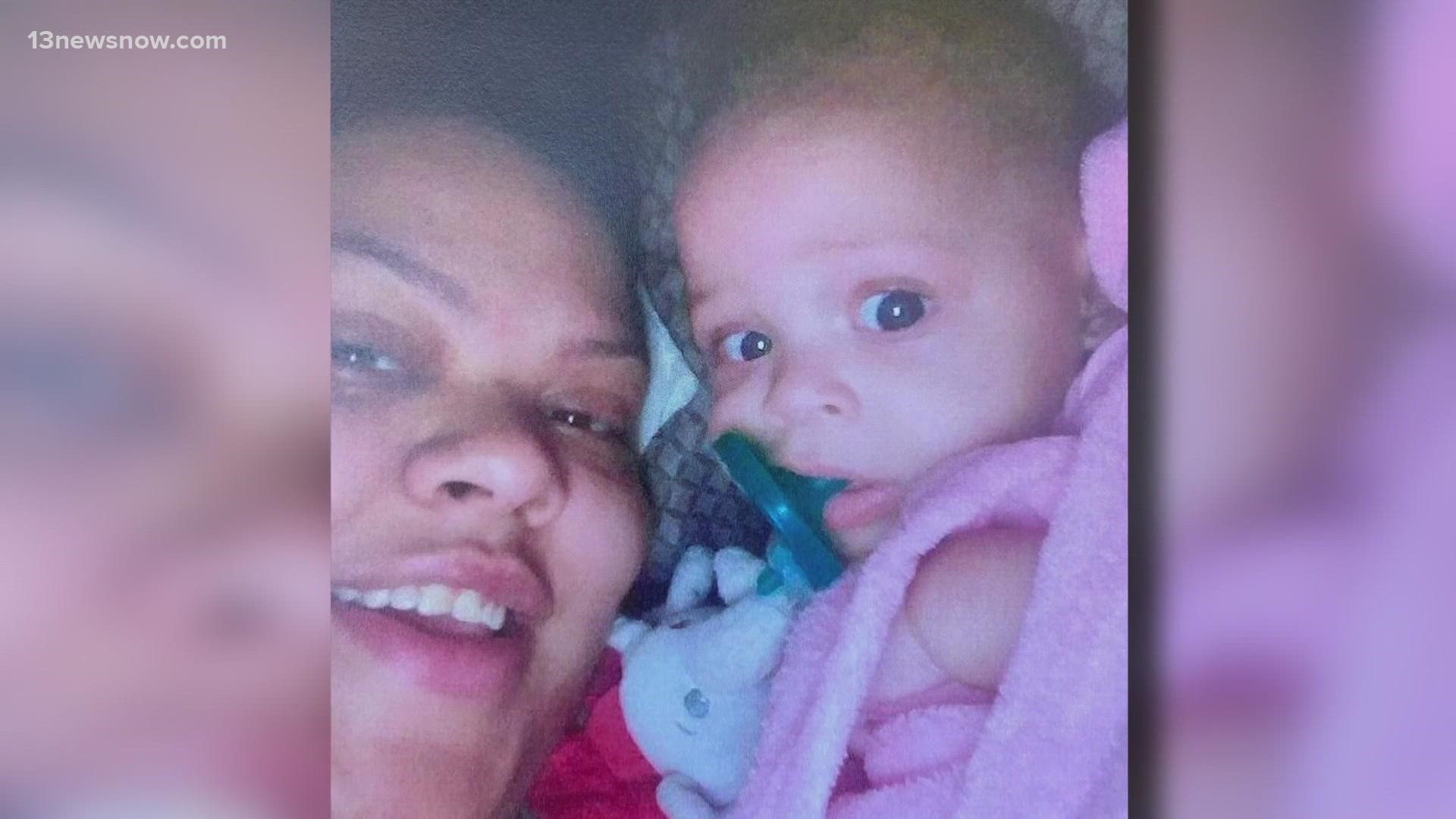 ISLE OF WIGHT COUNTY, Va. — After months of waiting for a sentence, Alisha Gray is unsatisfied with the court's decision regarding a car crash that resulted in the death of her infant daughter.

Gray has anxiously waited for justice in the death of 10-month-old, Amelia Skyy White, who died in a car crash back in April.

She feels the punishment does not fit the crime.

On April 5, another driver rear-ended Gray at the intersection of Brewer’s Neck Boulevard and New Towne Haven Lane. White was later pronounced dead.

Gray’s car had broken down at a traffic light. She called her husband and then dialed to call AAA when she said her car was rear-ended.

The child was restrained in a car seat in the back seat of the car.

She claims she had on her hazard lights and other cars drove around her.

A police report revealed the driver did not have her eyes on the road, but there was no evidence of her being distracted by an electronic device, erratic driving or being impaired.

However, the judge determined the woman had enough time to avoid the collision had she been paying attention, especially since other cars appeared to do so.

RELATED: Mother of baby killed in Isle of Wight crash questions why driver not charged in child's death

The judge’s ruling included a $1,500 fine, 100 hours of community service,  additional hours of driving instruction, and a suspended license for 60 days.

Gray and her attorney, Beth Ufkes, are thankful for a conviction but do not consider the punishment sufficient.

"It's a tragedy they're never going to be able to get over," said Ufkes.

The reckless driving charge carries up to 12 months of incarceration, but the judge did not think that was warranted in this case.

Hon. Holland admitted nothing would make up for the child's death.

Gray previously questioned why more charges could not be brought, including involuntary manslaughter, in respect to her child's death.

In a June report by 13NewsNow, Isle of Wight’s Commonwealth Attorney Georgette Phillips, who argued the case Thursday, said Virginia state law carries a high threshold for charging motorists for more than reckless driving, even when someone dies in a crash.

“The Supreme Court has actually defined involuntary manslaughter in the operation of a motor vehicle as the 'accidental killing which though unintentional is the proximate result of negligence that is so gross, wanton and culpable as to show a reckless disregard to human life," she explained.

For example, even in cases where someone drives the wrong way in traffic, she said the cases in which the driver has been charged with involuntary manslaughter is if they knew they were driving the wrong way, not the act itself.

"So it's a very high standard for the willful and wanton negligence to rise to the level to prove involuntary manslaughter," Phillips said in a June interview.

Phillips said there have been several cases in Isle of Wight County where people have died in crashes but reckless driving is all she could prosecute. However, she said there is a difference between criminal and civil cases.

“I love my baby. I’m going to keep fighting for my baby,”  Gray said.