Boutique expands in Hampton ahead of Small Business Saturday

Several businesses have opened in the city of Hampton in the last two months, despite still being in a pandemic. 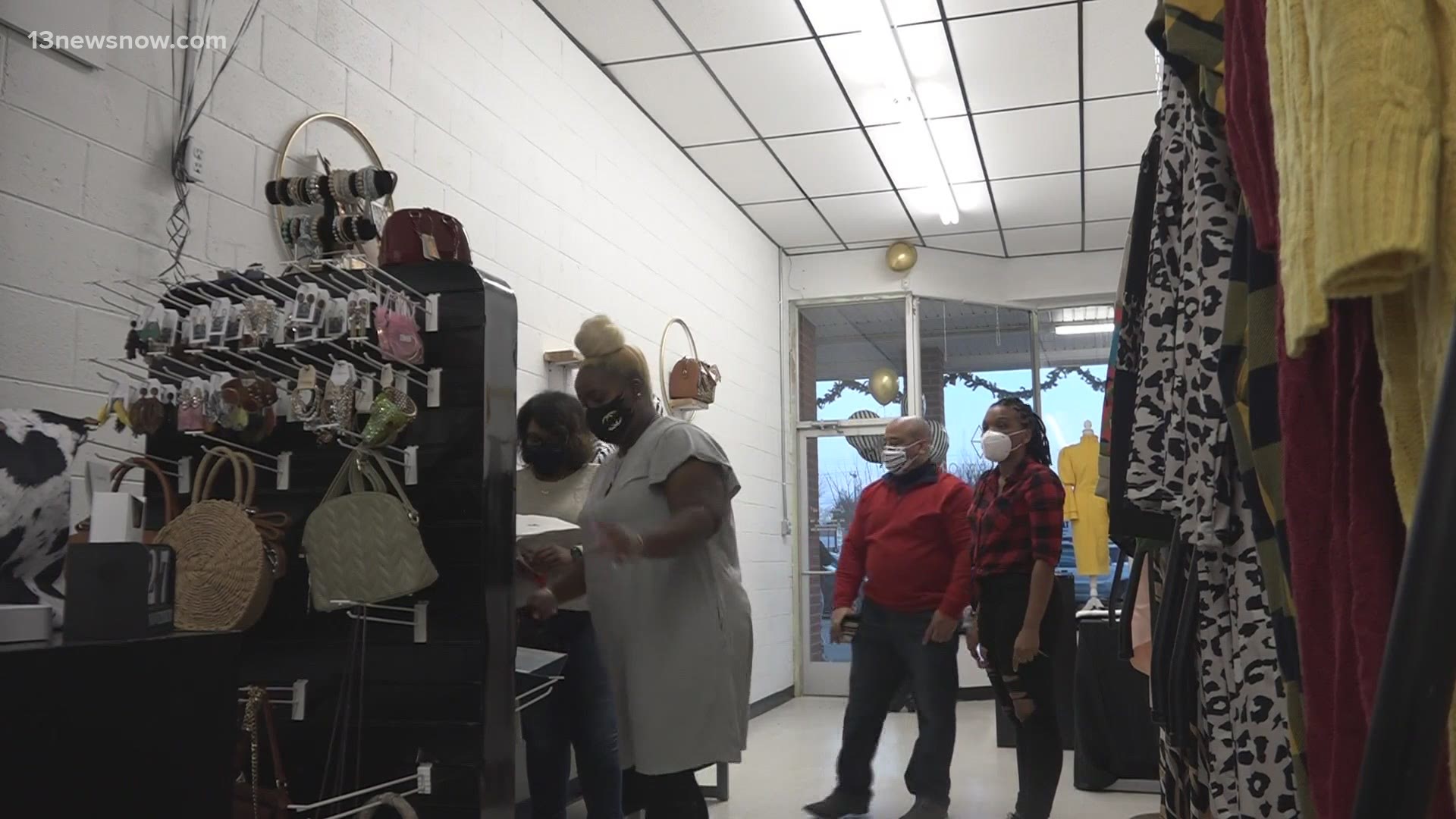 HAMPTON, Va. — Now more than ever, small businesses need as much support as possible.

But what will those numbers look like this year?

"Cohesion is a collaboration between faith and style," Brown said.

Now, she’s opening up a physical location near the Buckroe area of Hampton, just one day before Small Business Saturday.

"Being an entrepreneur is scary there's no backup plan, you have to trust in yourself," Brown said.

Not only is Brown expanding her online presence, she made the decision to open a physical location in the middle of a pandemic.

"We have been talking since May about prospering in the middle of a pandemic," Brown said. "We believe in hard work and faith."

Despite many stores having to close during the pandemic, Hampton Mayor Donnie Tuck said Brown's business is the 7th business to open in the city within the last couple of months, and they've all been African-American millennial business owners.

"For an individual to have the faith to believe that I have something to offer to people that may be different than what everyone else is offering says a lot about them," Tuck said.

As for Brown, she's keeping the faith.

"We're waiting for this thing to resolve but we're supposed to be working while waiting, so this is a perfect time to launch," Brown said.