Crash on I-64 in York County sends Virginia State Police trooper, driver to the hospital

The trooper was inside a vehicle on the shoulder, when an SUV hit the trooper from behind. The trooper and driver had injuries not considered life-threatening. 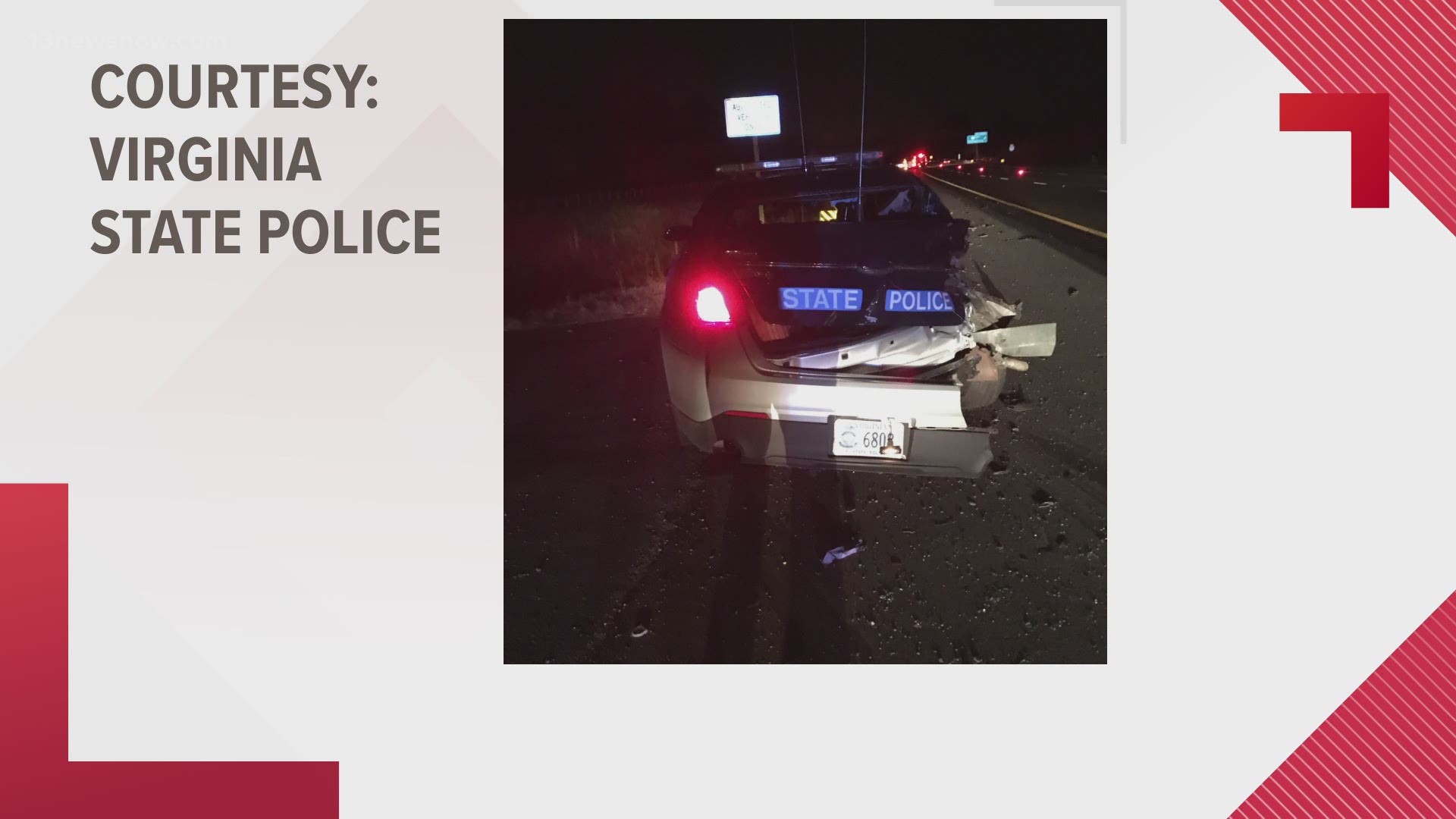 YORK COUNTY, Va. — A crash on Interstate 64 in York County sent a Virginia State Trooper and a driver to the hospital overnight.

The trooper was inside a vehicle on the left shoulder of the interstate running radar when a Chevy Tahoe ran off the road and hit the trooper from behind, Anaya said.

The trooper and the driver of the SUV--he's been identified as Kevin Allen Fulgum from Chesterfield--were taken to the hospital with injuries not considered life-threatening.

The investigation into the crash is still ongoing.

JavaScript is not available.