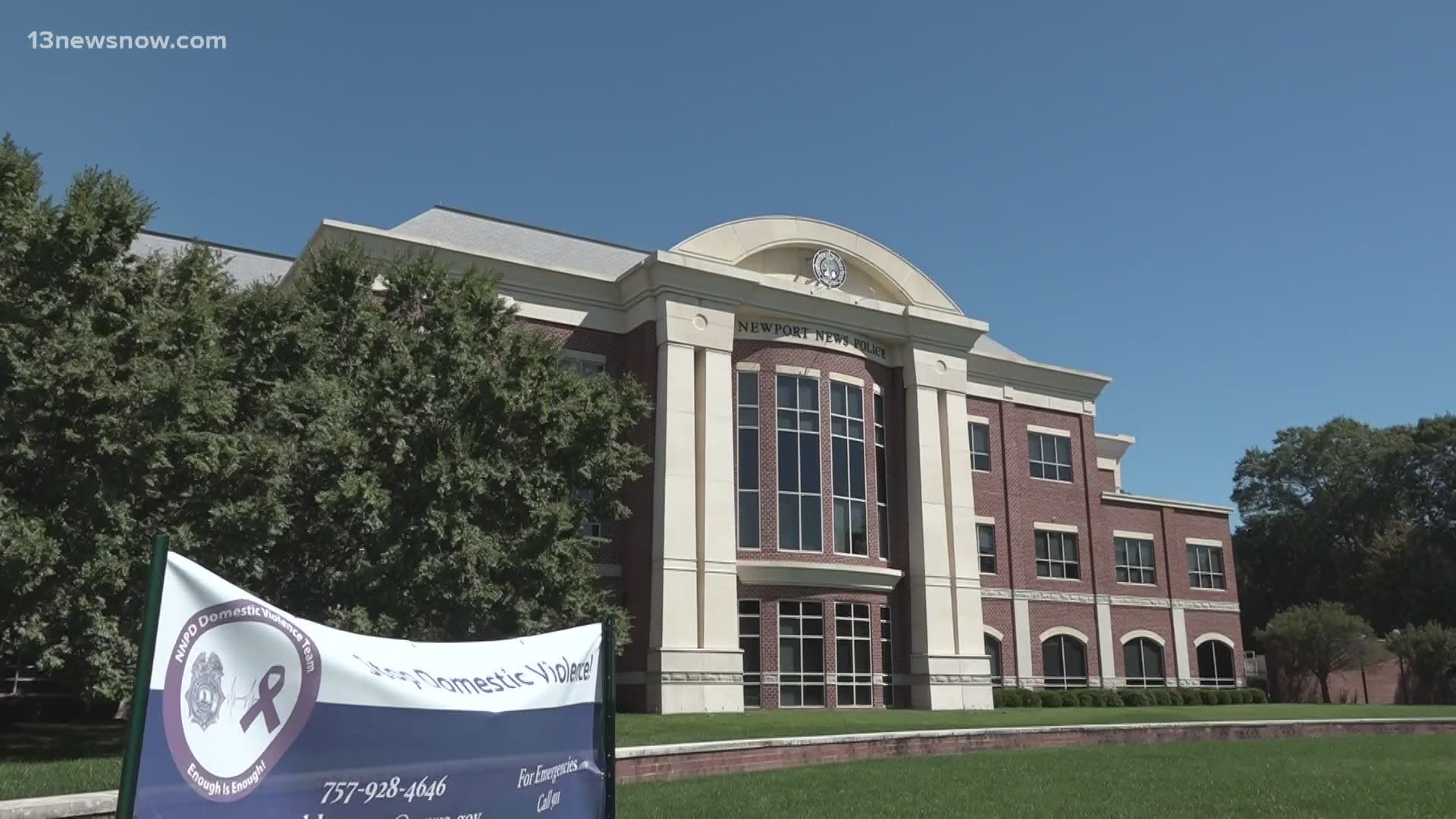 October is National Domestic Violence Awareness Month. The department has several events planned throughout the month to heighten the awareness of domestic violence. The first kicks off Thursday night at police headquarters.

Chief Drew said it's a real issue in the community and a big focus of his. The department brought in outside experts and now has a domestic violence team that works with the Special Victim’s Unit.

“My hope is to see a decrease, but I think the pandemic hurt us,” Chief Drew said.

Chief Drew said the number of domestic violence calls has gone up during the pandemic. It was the number one call for service from June to September. Officers are responding to 20-25 domestic related calls (situations) a day.

In 2018, there were two domestic-related deaths in Newport News, four in 2019, and one so far this year.

The Chief said the events the department has planned his month will hopefully break down barriers and help rein in those numbers.

“Sometimes when people have that venue, they'll open up a little bit, and maybe someone who is afraid to speak out will hear someone else share their story and be empowered,” Chief Drew said. “I think you will see a different October 2020 than Octobers you've seen in the past.”

The Domestic Violence Team will hold an open mic showcase on Saturday, Oct. 10 from 6 p.m. to 9 p.m. at the Downing-Gross Cultural Arts Center. It will be a night of live poetry, awareness and empowerment.