The Hampton Heroes Memorial Plaza honors Doctor King and others who worked for civil rights and social justice in Hampton. 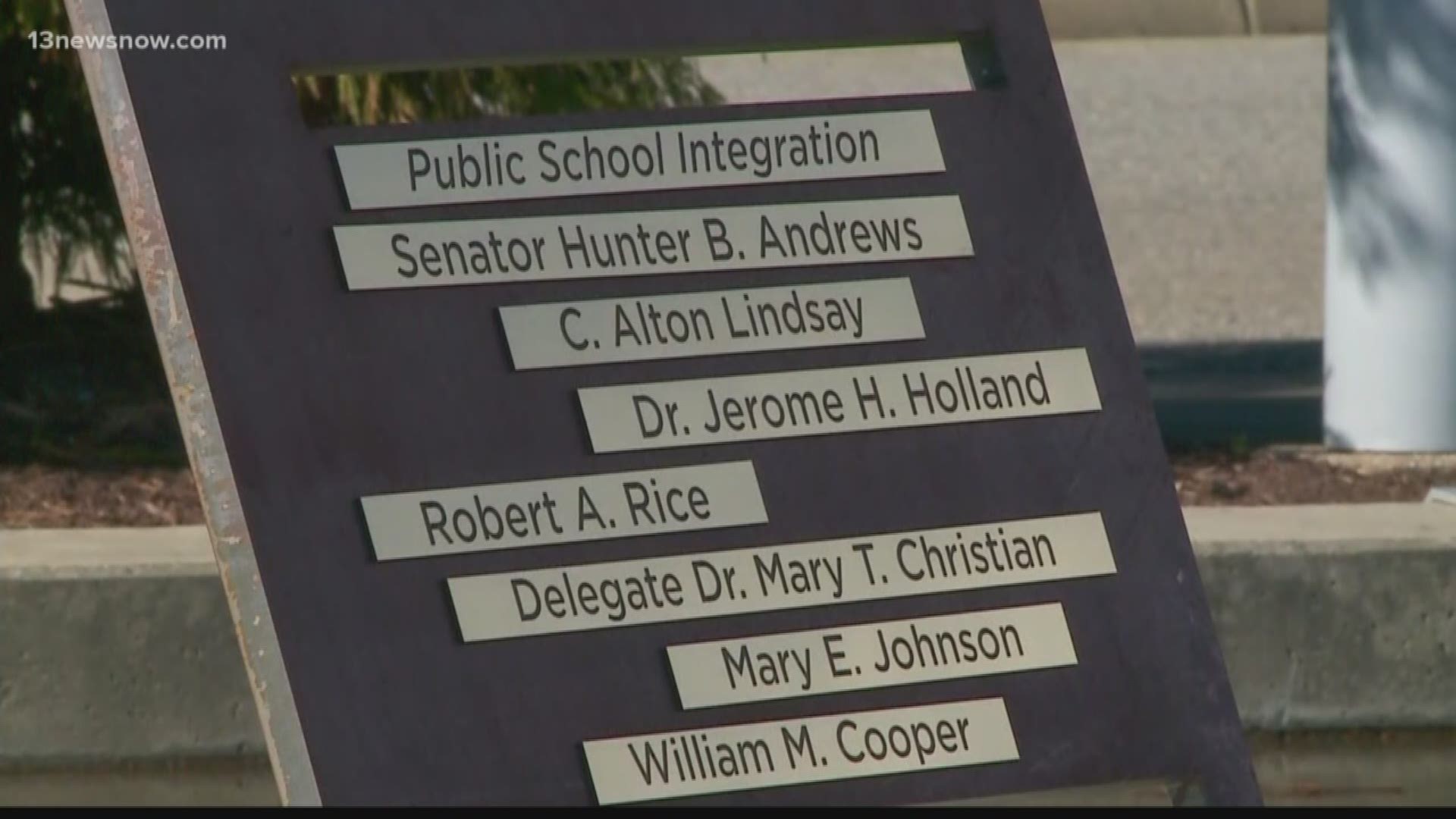 HAMPTON, Va. — You may know some of their names and accomplishments. Now, 28 men and women who helped change the landscape of Hampton and Hampton Roads are officially Hampton Heroes.

A new plaza and monument outside the Hampton Roads Convention Center is paying tribute to Dr. Martin Luther King, Jr. and others who worked for civil rights and social justice.

The plaza helps tell stories from pivotal times in history.

It’s a way to remember contrabands who escaped from Norfolk to Fort Monroe during the civil war on their way to freedom.

It also tells the story of the Hidden Figures, black women who were human computers at NASA Langley.

The monument honors people who founded Hampton Institute, now Hampton University, and those who were instrumental in public school integration in Hampton, including Dr. Mary T. Christian.

“It feels wonderful to be honored on the day we honor a great man of peace,” Christian said.

Christian was a teacher in the early years of school integration. She played a role during that time as black students shifted to desegregate schools.

“We had to prepare our students to go into white schools for the first time, so Hampton students, we had to do a lot of preparations on how to act and present themselves and if they got bad remarks, say thank you and move on,” Christian said.

Christian remembered while many cities saw violence and unrest during integration, Hampton didn't.

“Hampton University and the school board led the way for us to peacefully desegregate,” Christian said.

The other names on the monument have their own stories to tell. Christian is happy to share hers alongside MLK. She hopes her story, helps create even more Hampton heroes in the future.

The figures honored by the monument are: