"We absolutely were astonished." The church held the first meeting of English government in North America back in 1619. 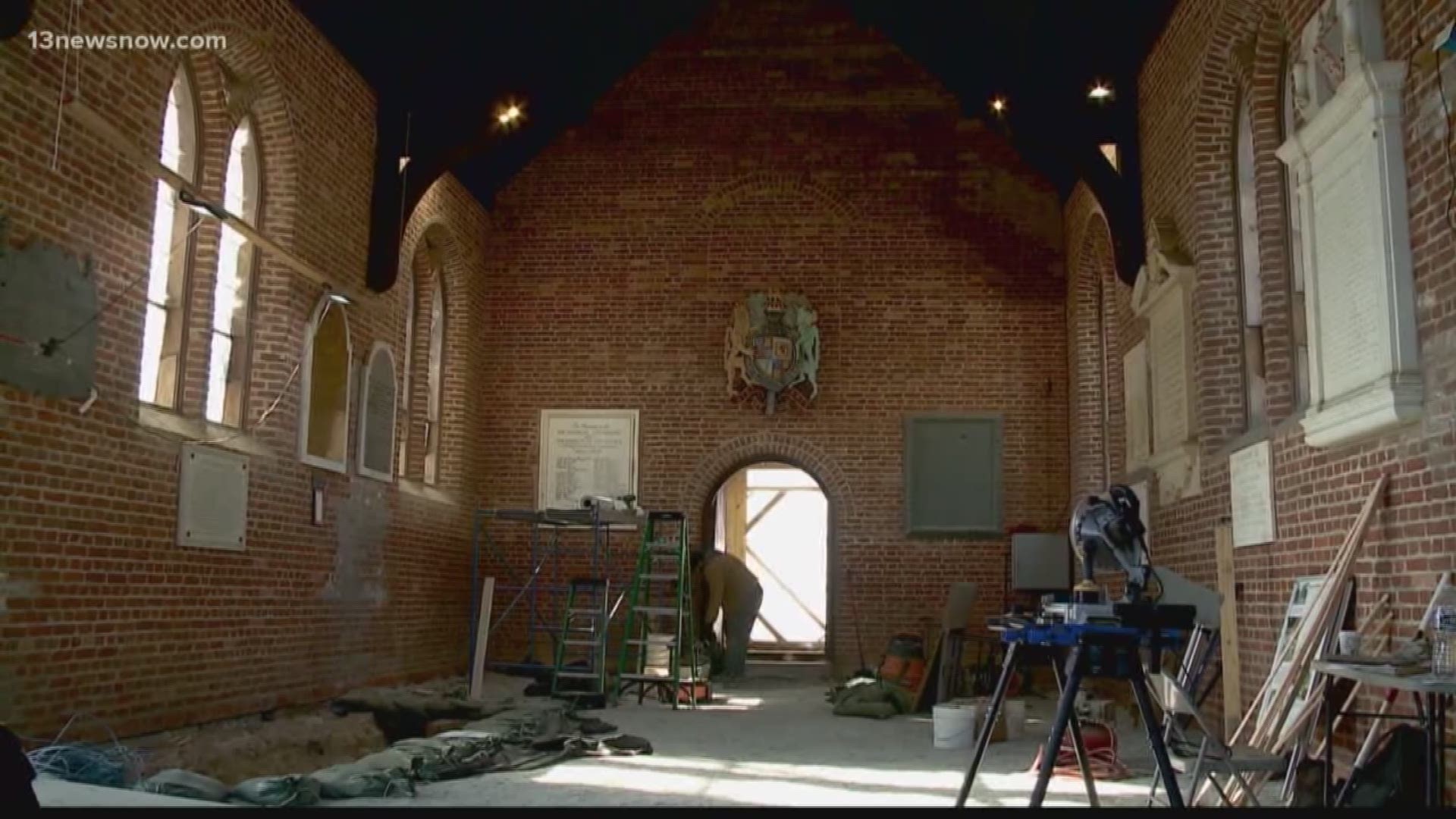 JAMESTOWN, Va. — Jamestown archaeologists have made a groundbreaking discovery.

They've excavated the Western wall of a 400-year-old church. The wall, which is the only part of the church's foundation that remained to be found is a successful end to a two-year dig.

On Tuesday, David Givens, director of archaeology for Jamestown Rediscovery Foundation said he and his team of archaeologists were shocked to have made the discovery.

"We pull up the concrete, saw that wall and just were absolutely astonished that it was still intact," said Givens. "We absolutely were astonished, amazed that nobody had ever excavated inside the tower."

It's the final piece of the puzzle. Givens and his team have scraped back the layers of history for two years. Now that the missing piece has been found, the centuries-old church has a story to tell.

"This church was the center part of the town," said Givens. "In that church, in 1619, they held Virginia's first general assembly. Our representative government, the general assembly meets today, started here and that's so special."

Mary Anna Hartley, a senior archaeologist for Jamestown Rediscovery said people have excavated the church for more than a century.

"They found the north and south wall, but never found the east and west end. Our excavations covered both of those," said Hartley. "It’s just neat because we finally have a piece that has never been excavated."

Givens said the goal is to eventually put the underground spaces of the church on display for the public.

He envisions glass covering the underground church, people will be able to stand over it and glance below at 400 years of history.

"That’s what it’s all about, contextualizing those lost landscapes and knowing what the world looked like back then," said Givens.