Pharrell Williams could be making a big splash in his hometown of Virginia Beach. He is working together with a developer to create a state of the art surf park right on the Oceanfront at the old Dome site. 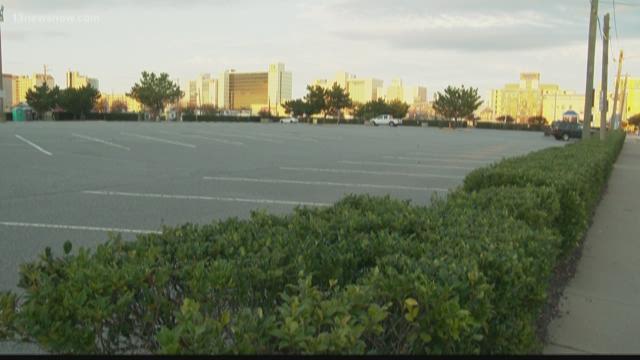 VIRGINIA BEACH, Va. (WVEC) -- Pharrell Williams could be making a big splash in his hometown of Virginia Beach. He is working together with a developer to create a state of the art surf park right on the Oceanfront at the old Dome site.

“It is a robust industry here and certainly a lot of people do it,” said Councilman John Uhrin.

Uhrin says the city has been trying to develop the 10 acre parking lot on Pacific Avenue, between 18th and 20th streets, ever since the Dome was torn down in 1994.

“We’ve always looked for something that was really going to be a unique entertainment offering for the city of Virginia Beach” said Uhrin.

Enter Pharrell Williams, who is partnering with Venture Realty Group to deliver what the city has been searching for.

“I think it’s great that we have people that grow up in this city and have a great experience and go out and do wonderful things and then want to come back and still be part of the city,” said Uhrin.

The plan consists of restaurants, retail, residential, and a 4,000-seat music venue all centered around a giant pool with man made waves.

“Oh my gosh people all over the world would come,” said surfer Johnathon Podolsky.

Podolsky says there are too many days when there aren’t enough waves and he thinks this project is a brilliant idea.

“I think it would be great for ECSC, consistent waves, same shape and everything, and the surfers will be able to really show their performance,” said Podolsky.

Some nearby businesses, like Albie’s Pizza, have concerns the area may become too touristy.

“A lot of our local customers say that’s one of the only places where they can park for two dollars with a Virginian Beach license.” Said manager Austin Butler.

Butler also acknowledges Pharrell is a local and she trusts he will do what’s best for the city.

“Hopefully his endorsement will increase business if they do develop that,” said Podolsky.

Before anyone can even think about breaking ground this surf park has to go through a lengthy approval process which includes a final vote by city council. No timetable as to when that may happen.