A proposed juvenile correctional center in Chesapeake will not move forward. 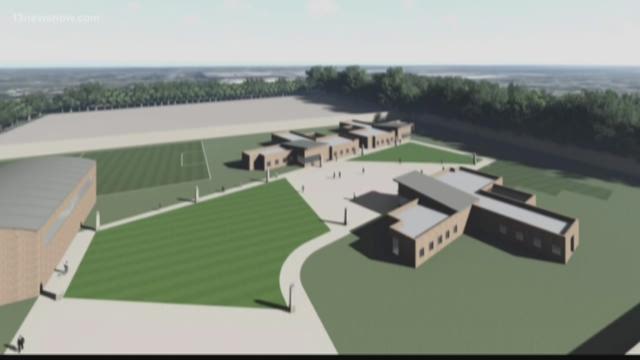 CHESAPEAKE, Va. (WVEC) -- A plan to build a juvenile correctional center will not go before Chesapeake City Council.

Council members were supposed to vote on the project Tuesday night, but the city manager pulled the item from the agenda.

City spokesman Heath Covey told 13News Now that because a land transfer was involved, a super majority (three-fourths of council members) would have to voted in favor of the project.

The city manager did not believe support for the detention center was there.

The center would have been directly behind the house of Mitchell MacWilliams.

“We’ve worked 45 years to buy this house and to retire here and that’s pretty much gone,” said MacWilliams. on Monday. “If I got to look at the lights, noise and the sound back there, then I don't want to be here.”

Covey said the value of homes would not be affected if the plan was approved.

“All the studies that we've seen from all over the country and other areas - it does not have an impact on property values,” said Covey. “Simply because the facility, first of all, doesn't even look Iike a jail facility.

MacWilliams worried that running utilities for the correctional center would lead to more development in the area which is exactly what he and neighbors did not want.