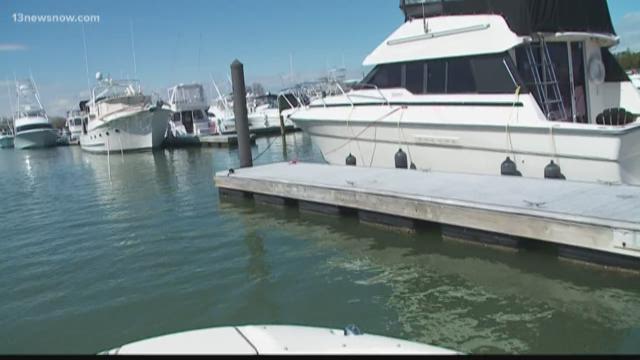 PORTSMOUTH, Va. (WVEC) -- It's the biggest case of boater certificate fraud ever in Virginia according to the Department of Game and Inland Fisheries.

They said one Portsmouth man is behind the entire thing.

Captain Chris Thomas with the Department of Game and Inland Fisheries said 24 people paid Richard C. Harrell for his offer on Craigslist to take the test for them and send them the certificate.

The Virginia department requires everyone to take a test for their Virginia Boating Safety Education certificate.

This certificate is the equivalent of a driver's license for boaters. Every boater is expected to take the state boating test to get certified and it’s free on select websites.

“Some people are too lazy and would rather pay for something than have to actually do it themselves," Thomas said. “But we’re beginning to notice it happens more frequently than we want it to happen.”

The owner of Virginia Beach Boats Inc., Scott Fiedorczyk said: “Boats are a lot more complicated than a car is.”

Fiedorczyk said he sold a lot of boats, and he’s seen a lot of people drive irresponsibly before the required the boating education certification.

“I would see so many people that I would sell boats to that I just thought that they really haven’t done their homework,” said Fiedorczyk.

That’s why the Department of Game and Inland Fisheries requires everyone to take a test for their Virginia Boating Safety Education certificate.

Fiedorczyk said the test is free through Boat U.S. He said the test for the certificate takes studying but covers the necessities.

“If you fail once, you can try again,” said Fiedorczyk.

Now the 24 people with fraudulent certificates will have them revoked and must pay $100 for breaking boating rules.

Harrell pled guilty to selling the fraudulent certificates. He now has a plea deal with the Commonwealth Attorney General for 3 years of probation.