President Donald Trump was at the event at Jamestown Settlment. It marked the 400th anniversary of representative government in America and the Western Hemisphere. 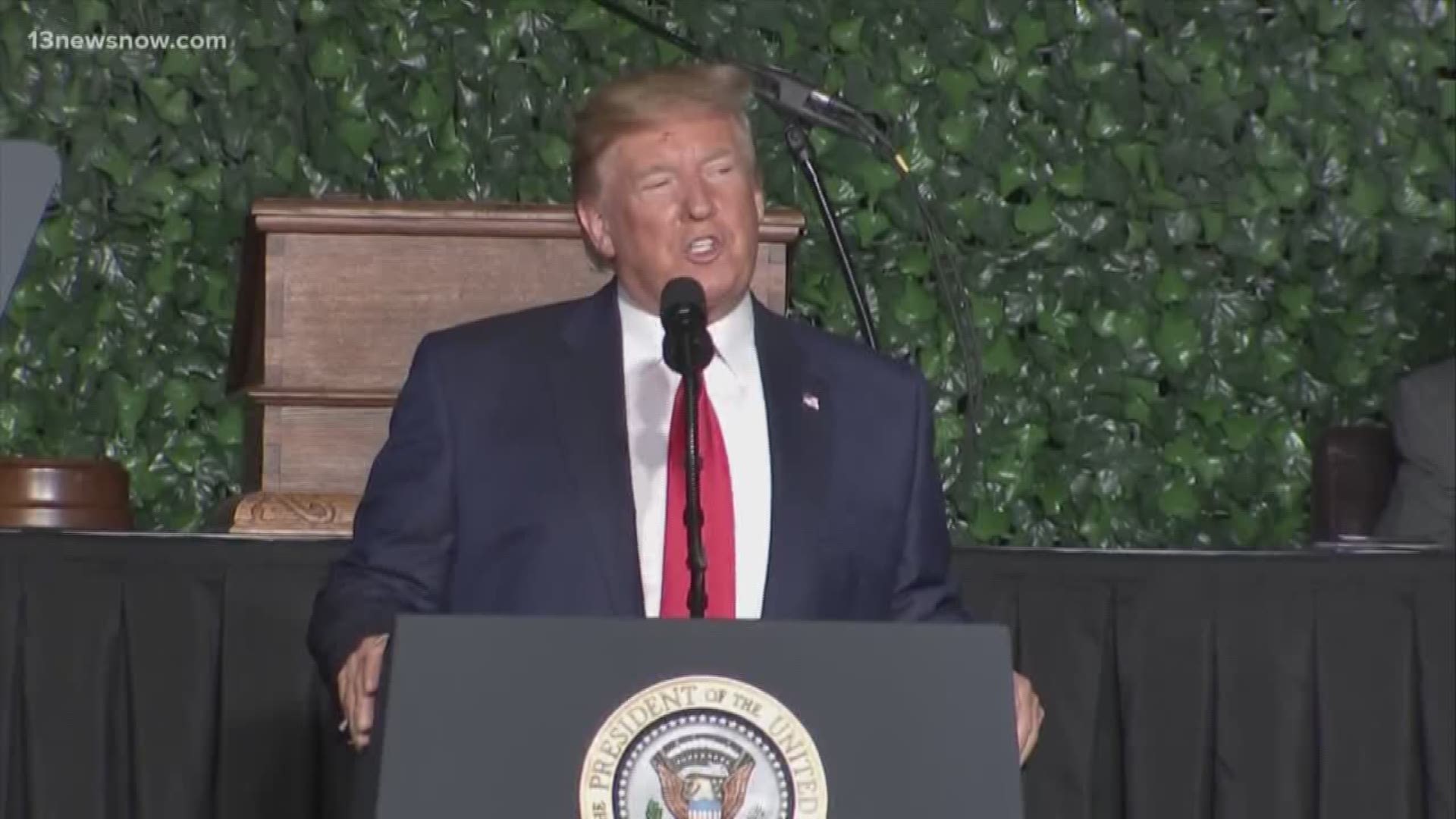 JAMESTOWN, Va. — President Donald Trump attended an event commemorating the 400th anniversary of the first meeting of the Virginia's legislative body on Tuesday.

Trump spoke at the gathering at Jamestown Settlement.

The event was part of an observance of the state's colonial past, including the first arrival of African slaves in the former British colonies.

Trump landed at Newport News/Williamsburg International Airport on Air Force One before heading to the event at Jamestown Settlement.

The president spoke before the Virginia General Assembly under a tent located at the park near Historic Jamestowne.

"We will not be attending any part of the commemorative session where Donald Trump is in attendance," said a statement by the leadership of the Virginia House and Senate Democratic Caucuses. "The current President does not represent the values that we would celebrate at the 400th anniversary of the oldest democratic body in the western world."

The Virginia Legislative Black Caucus announced Monday that its members would not attend a ceremony in Jamestown on Tuesday marking the 400th anniversary of the first representative assembly in the Western Hemisphere.

The group said in a statement that Trump's participation is "antithetical to the principles" the caucus stands for.