Protesters swap marching for a sit-in outside of the Pasquotank County Sheriff’s office on Friday. 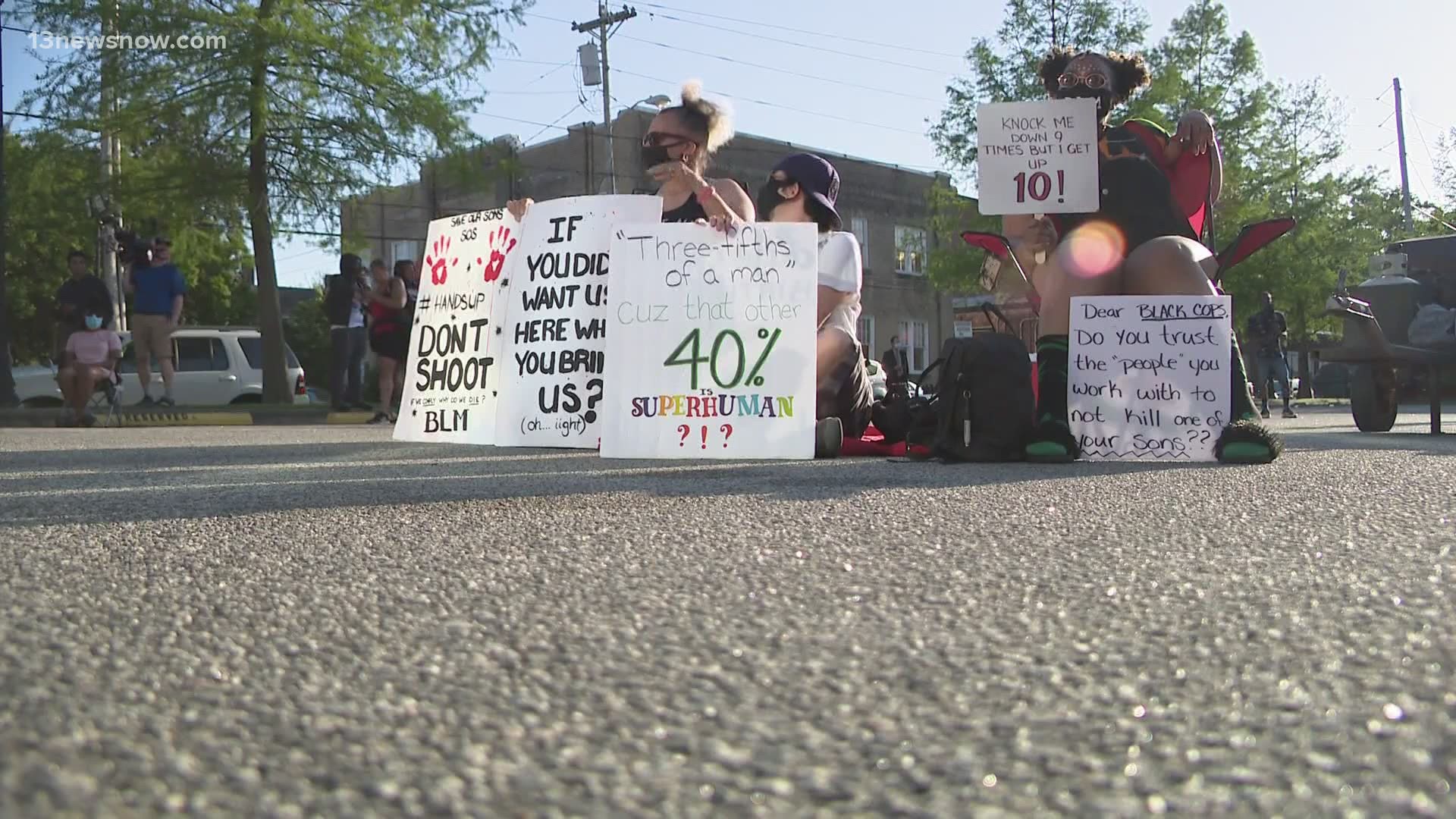 ELIZABETH CITY, N.C. — The ACLU of North Carolina and other agencies wrote a letter to Elizabeth City officials Friday raising legal concerns about a new permit requirement to protest and established curfew.

On Friday, the city established a curfew from midnight to 6 a.m. It was previously set for 8 p.m. beginning April 27.

“It is also deeply troubling that this permitting scheme was implemented in direct response to protests decrying the killing of Andrew Brown Jr. at the hands of police,” read the letter dated April 30.

The @aclu letter to #ElizabethaCity argues permit requirement violates First Amendment, protests are not emergencies and indefinite curfew for peaceful protests is unconstitutional.

Meanwhile, demonstrations in the wake of Andrew Brown's death reached the 10th consecutive day. For the first night since Brown was killed on April 21, protesters did not march. Instead, they hosted a gathering outside of the Pasquotank County Sheriff’s Office with lawn chairs, food, and music.

“No one said this is going to be an easy journey but we’re prepared. We’re going to be here the long term,” said organizer Kirk Rivers.

More than a dozen people had been arrested over the course of three days for staying out past the original 8 p.m. curfew.

Councilman Kem Spence said the 8 p.m. curfew needed to be lifted, though he could see the pros and cons of the decision.

“I think even pushing it back where the tension was going higher you’ll see it deescalate even now the citizens trust us a little more,” he said.

Spence stood by his community and served food to protesters. He’s proud of his people for remaining peaceful while sharing their message.

“I am forever grateful. This could have gone the other way and I just appreciate the community and the citizens of the city,” he said.

Judge Jeffrey Foster denied the immediate public release of body camera footage Wednesday, but he said he would reconsider in up to 45 days, when investigations are expected to be completed.

Brown’s family and one attorney licensed in North Carolina can see the videos within 10 days of Foster’s ruling, and Spence said that’s what he wanted all along.