NAACP calls for Community Review Board, 100 days after death of Andrew Brown Jr.

Community activists in Elizabeth City held a march and sit-in to mark 100 day mark of protests. 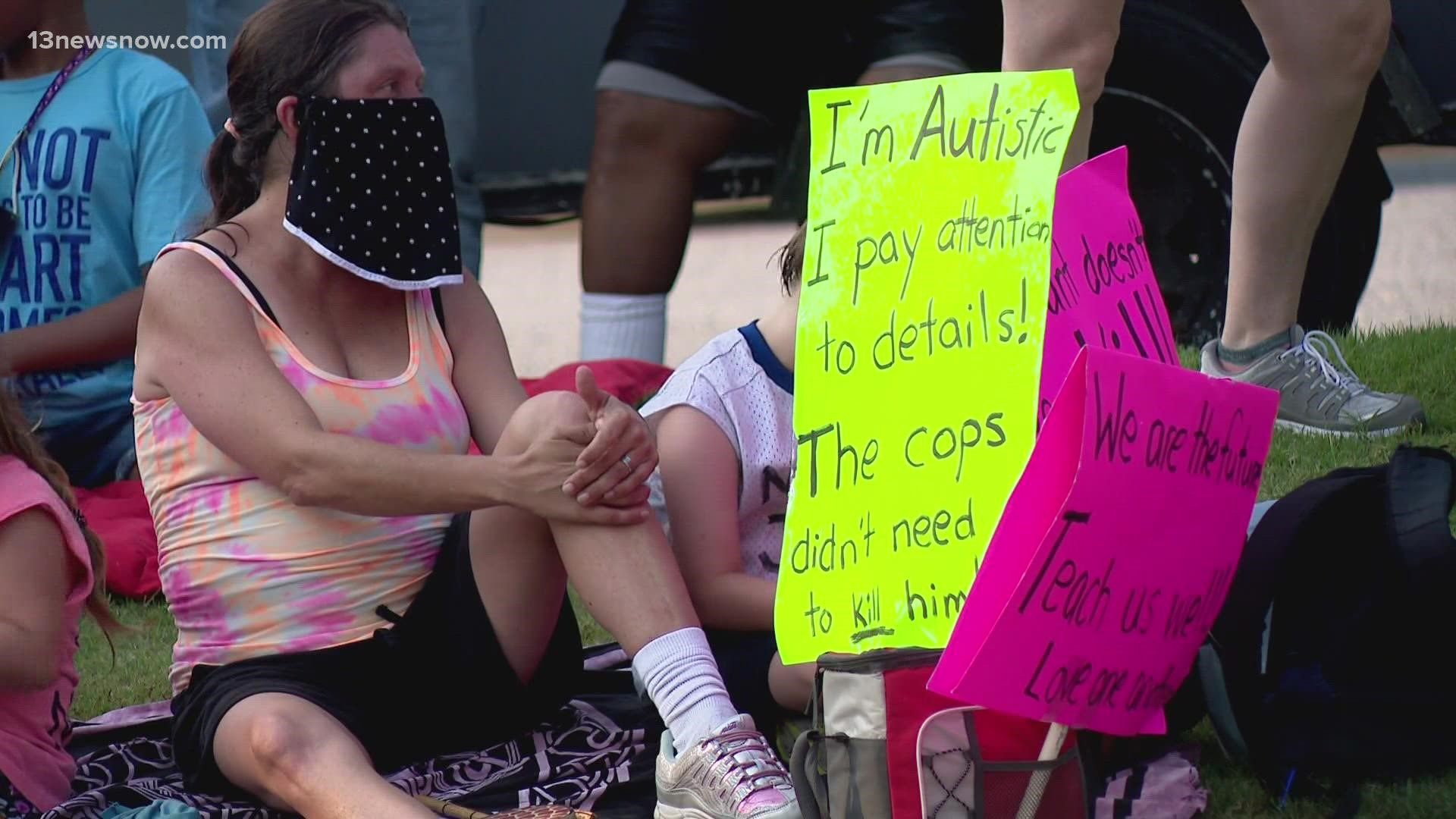 ELIZABETH CITY, N.C. — On the 100th day since the death of Andrew Brown Jr., Hazel Banks and a group of seniors staged a sit-in in the lobby of the Pasquotank County Sheriff’s office.

The group, calling themselves Seniors for Justice, is calling for a meeting with Sheriff Tommy Wooten and the release of the full, unredacted tapes in the shooting.

“We feel there is an injustice here because all of this time, 100 days, and nobody has released the full tapes,” Banks said.

“We are to a point where this could have been avoided,” said Pasquotank County NAACP President Keith Rivers.

To mark the date, the local chapter of the NAACP held a rally and march to announce a new demand: the creation of a Community Review Commission in Pasquotank County.

“The major function will be to ensure or to audit the activities of the Sheriff’s department,” said Rivers.

Rivers said the group sent a request to the county manager to meet with county commissioners.

Banks said they were not able to meet with the sheriff this time.

“We will definitely be back,” said Banks.

They plan to return every Thursday until those tapes are released.

Sheriff Wooten has said he requested another date with a judge to petition the release of the tapes.