The group is demanding that a citizens review board be formed and that the police be defunded in order to put more money towards more community-based initiatives. 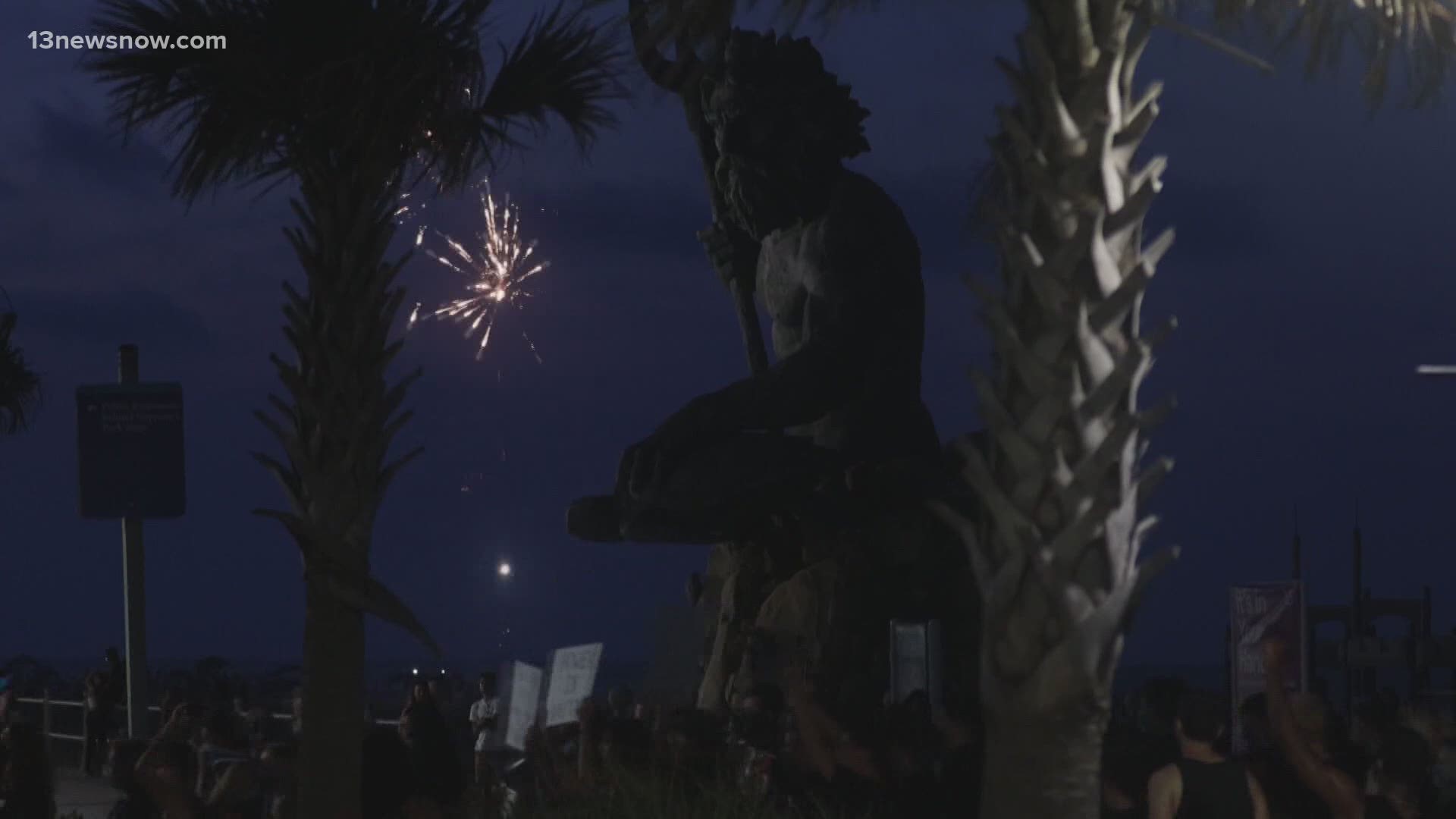 VIRGINIA BEACH, Va. — Black Lives Matter 757 led another Oceanfront protest that took place on the Fourth of July, several weeks after their first demonstration in the same place ended with property damage and police intervention.

The group posted on Facebook about the protest they're calling ShutdownTheOceanFront2.0. They called for a peaceful rally which started at 7:57 p.m. on Rudee Loop.

Blacklivesmatter757
ShutDownTheOceanFront2.0 Saturday July 4th @ 7:57pm - #MannyWilder is still a free man on minimal charges,there is still no talk of a Citizen's Review Board,the systematic racism deep with the...

Police were down at the Oceanfront before the protest started to shut down a few blocks along Pacific and Atlantic Avenues. They also redirected traffic coming from I-264.

City officials said that they and protest organizers agreed that the march would be directed away from Atlantic Ave., but organizers decided that the rally should take place there anyway.

After officers blocked off Atlantic Ave. on Saturday, protesters marched down the boardwalk instead. The march ended peacefully about an hour after it started and protesters dispersed -- a different conclusion than the one that played out during the May 31st protest.

Black Lives Matter 757 protest at the Virginia Beach Oceanfront on July 4th. Police lined up to block off Atlantic Avenue

Black Lives Matter 757 said the charges Emanuel Wilder faces are "minimal" after Wilder was accused of driving a truck through a crowd of protesters during the demonstration on May 31. He was charged with four misdemeanors.

The group repeated its demands for a citizens review board to conduct independent investigations into the police department and serve as a means of oversight for police misconduct.

The last protest Black Lives Matter 757 organized at the Oceanfront ended up getting out of hand when a small number of people broke off from the march and began vandalizing property and smashing storefront windows along Atlantic Ave.

Police ended up hurling tear gas toward protesters to break up the march entirely.