Beyond the March: Chesapeake woman seeks solutions toward racial equality

As the demonstrations wind down, Veronica McMillian says action needs to start towards positive change. 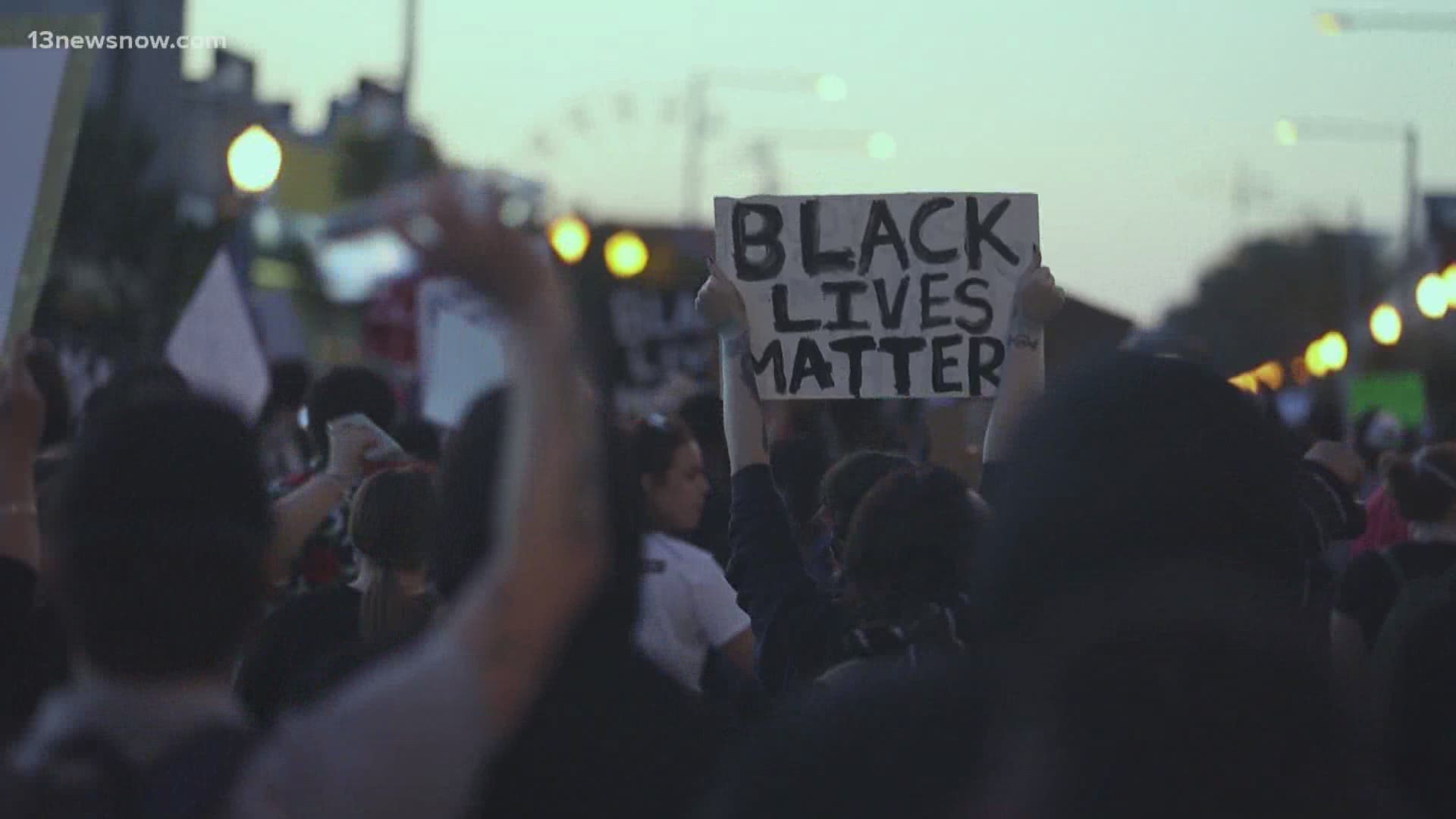 VIRGINIA BEACH, Va. — Veronica McMillian couldn't just sit back, watch and listen to the recent outcry for racial justice following the death of George Floyd at the hands of a Minneapolis police officer.

The Chesapeake non-profit consultant and administrator is the mother of a black son, who is a former police officer and a current law school student.

She is launching "Beyond the March." It's her three-year project to draw on the minds of community leaders, citizens, and children to create goals toward a more racially just society.

"Everybody is seeing this as a wake-up call. I believe and we're silent no more and we have to do this thing together," McMillian said.

University Administrator Doris Gomez attended McMillian's first strategy session, which brought together a group of about 15 women, including two Chesapeake police officers. It was an eye-opening experience for Gomez.

"We need to hear the pain. I'm a white woman. I have not had the same experience. I don't, but I need to listen to the pain and the real experience of my black brothers and sisters," said Gomez.

Another participant, Virginia Beach Pastor Francine Allen-Humphrey, says she's marched for civil rights before but this time has to be different.

"This is not normal, what we're going through right now and we cannot go back. We do have to move forward and we have to beyond the march," Allen-Humphrey said.

"I think it's going to be mommas who are going to come together, because when George Floyd said 'Momma' in his dying breath, I've never seen anybody die before. I've never witnessed anything like that before. I was upset and I truly believe it's going to be moms and women who are going to sustain this movement," added former State House Delegate and current Beach City Council candidate Cheryl Turpin, who also attended the session.

McMillian's next step is reaching out to children. Moved by the story of a grandmother who says her 7-year-old granddaughter ducked down onto the floor of her car in fear when a police officer drove by, McMillian will facilitate two discussions with children ages 13 and under.

The meeting will take place on August 21.

"Tell us what their concerns are, to ask questions from the police department, to be able to process with kids because I think as adults., adults are leading this but we're leaving the children behind but we want to make sure children's voices are being heard."

Already, McMillian says so many people are coming forward looking for a way to help and she's grateful. "We need allies across the table to be able to move this movement on."