People from the community and across the region are working together to keep protesters hydrated, safe, and out of jail. 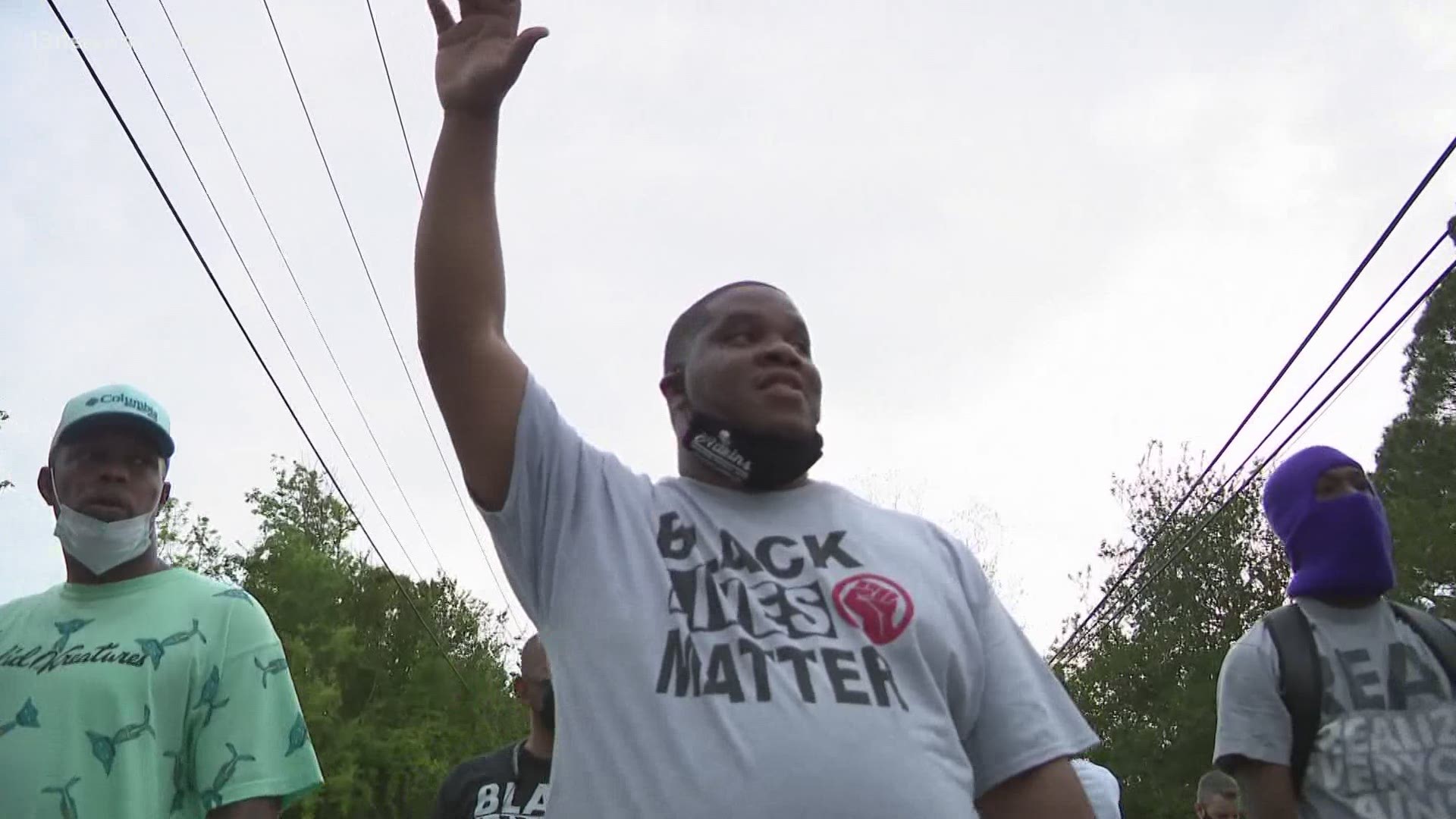 ELIZABETH CITY, N.C. — On the ninth day of protests in Elizabeth City, the crowd prayed where Andrew Brown Jr. lived and died.

Ulysses Edwards, an artist and friend of Brown, is turning Brown’s home into a mural. Edwards hopes to complete the painting of Brown’s face this week.

“It’s to remind the protesters why they’re here,” said Edwards.

The painting is on the mud-splattered wall from where a witness says Brown tried to drive away from deputies.

Demetria Williams, a neighbor who claims she saw the shooting, echoed claims by Brown's attorneys that he was trying to drive away from the deputies.

Andre Simpson, who rented the home to Brown, agreed with Edwards to keep the debris on the wall.

“We were discussing if we should power wash it off and he said, 'No. This is why we are doing this,'” said Edwards.

Protest organizers said Wednesday they have no plans of letting up, and it takes a lot to keep people energized.

Protests continued in #ElizabethCity tonight for a 9th consecutive day ... but outside #AndrewBrownJr home — a friend is painting a mural and candles spell “Drew.” #ElizabethCity #13NewsNow pic.twitter.com/CBjYZ7ZpvD

Kerwin Pittman drove more than two hours to provide food and water to people on the streets this week.

“Without that water, people would be out in the streets like that if they didn’t we would have more people falling out,” said Pittman.

Veteran Shaun McMillan leads Fayetteville PACT, a group pushing for community review boards for police departments across North Carolina, and wants to help Elizabeth City in any way he can.

For the third consecutive night, a smaller group of protesters stayed well after the 8 p.m. curfew and were met by police in riot gear. Several arrests have been made since the mayor established the curfew Tuesday.

However, Andrea “Muffin” Hudson runs the North Carolina Community Bail Fund and has paid for the release of at least 10 protesters.