Dozens recently protested in Newport News to exercise their Second Amendment right and oppose a recent city ordinance regarding open-carry of firearms. 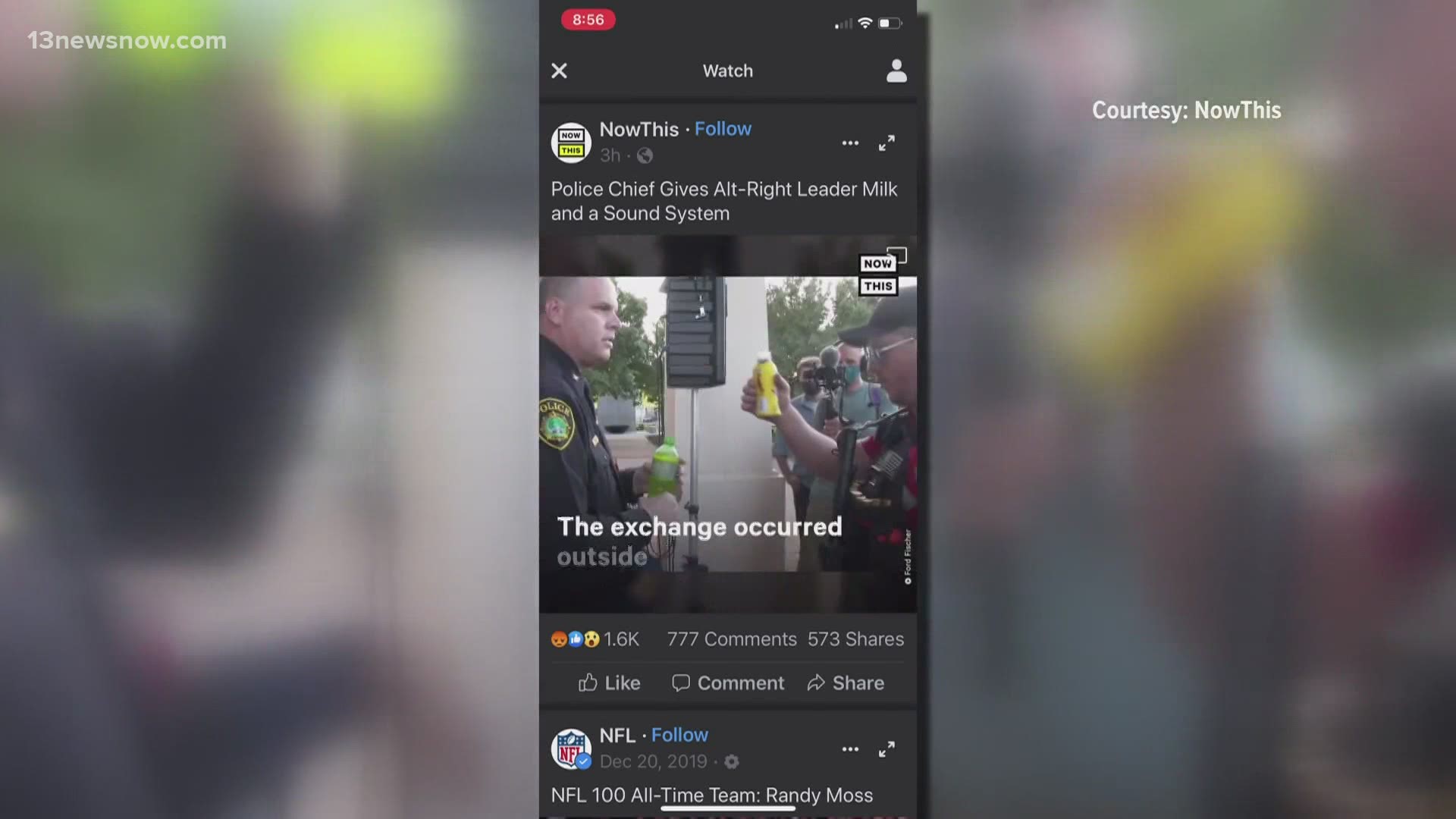 Police Chief Steve Drew addressed concerns that surfaced after the clips started circulating after the protest outside police headquarters.

“My number one priority is to protect citizens of this city, not a 30-second clip on social media and twisting it to say I support them because I gave this,” Chief Drew said. “It's not about beliefs and sides and race, it's about having conversations, de-escalating tense situations.”

A video from the Facebook page NowThis, criticizes the chief for giving an alt-right leader chocolate milk and a sound system, calling it an unequal treatment to protestors. Some protest groups feel like they aren't treated the same way.

Chief Drew said his department doesn't take sides on issues, instead it harps on de-escalation, and having conversations, which the chief said was needed, following a tense conversation with the group’s leader before the rally.

“It was a blatant sign of privilege,” Jones said. “Yes, we do get treated differently.”

Chief Drew said he's walked in many of the recent rallies and protests in the city, and only one resulted in officers taking action and detaining people, walking on the wrong side of the road and into oncoming traffic. Jones was at that protest.

“We have never been offered anything close to a PA system or drink. We were met with resistance,” Jones said.

In a video last week, Chief Drew addressed the protest following President Trump's rally. He said it's not about sides, or race, but the facts, doing what is right and having those conversations instead of confrontations.

“If BLM showed up here with firearms and obeyed the ordinance and not get in the middle of the street, they'd be treated the same way,” Drew said. “We have given multiple groups access to our facility, parking and PA systems.”