Several onlookers took to the streets of Portsmouth Thursday morning to see what was left of the Court and High St. monument. 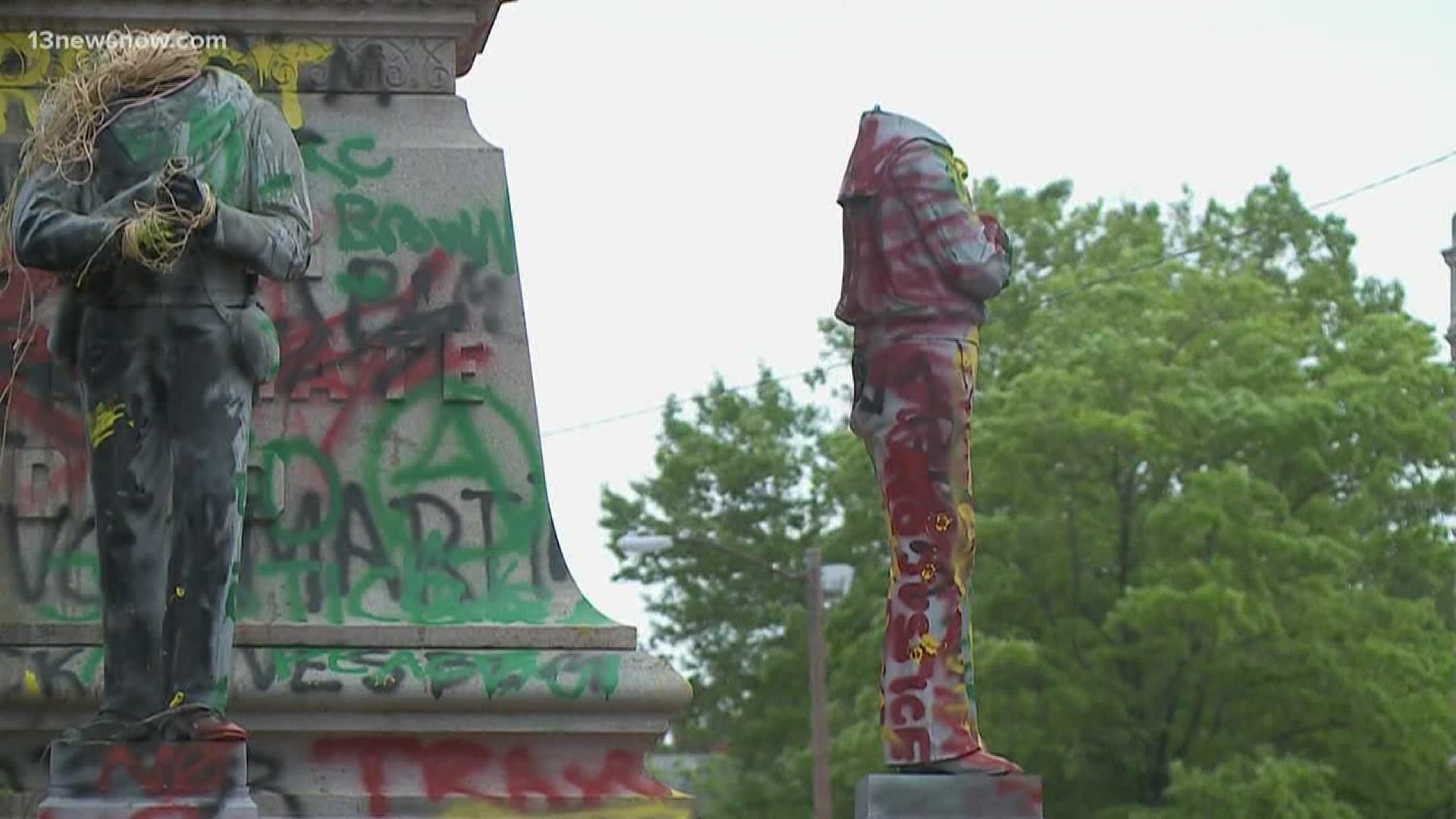 PORTSMOUTH, Va. — A day after protesters tore apart the Confederate monument in Portsmouth, people came to see the aftermath.

Several people voiced their opinions on how they feel about the monument being in their city.

"The racist things we hear as black people that we just become tone-deaf to and think, 'Did they really mean that? No, that's not what they said,' but yes they did and by leaving that monument up, it's a reminder of that," Portsmouth native Elsie Smith said.

From the paint to the messages in graffiti to the missing heads of Confederate soldiers, many were left in disbelief that this type of vandalism took place and not seeing how it relates back to the racism for the black community.

"For somebody to deface the monument, it's not racism, it's just what those people believed in and fought for," Eddie Worthington said.

Monica Johnson was glad the statues were defaced.

"It's time for hate to go and a new day to come. Giving homage to hate has to be over," she said.

Joseph Burton agrees with Johnson that it is finally time for a real change.

"What I have seen is people finally stepping up and fighting for what they believe in. People are tired of seeing it," he said.