Richmond's Lee Monument a hub for enduring activism, clashes between police and protesters

Surrounded by memorials for police brutality victims, the Lee Monument is a "sanctuary" during the day but the site of clashes between police & protesters at night. 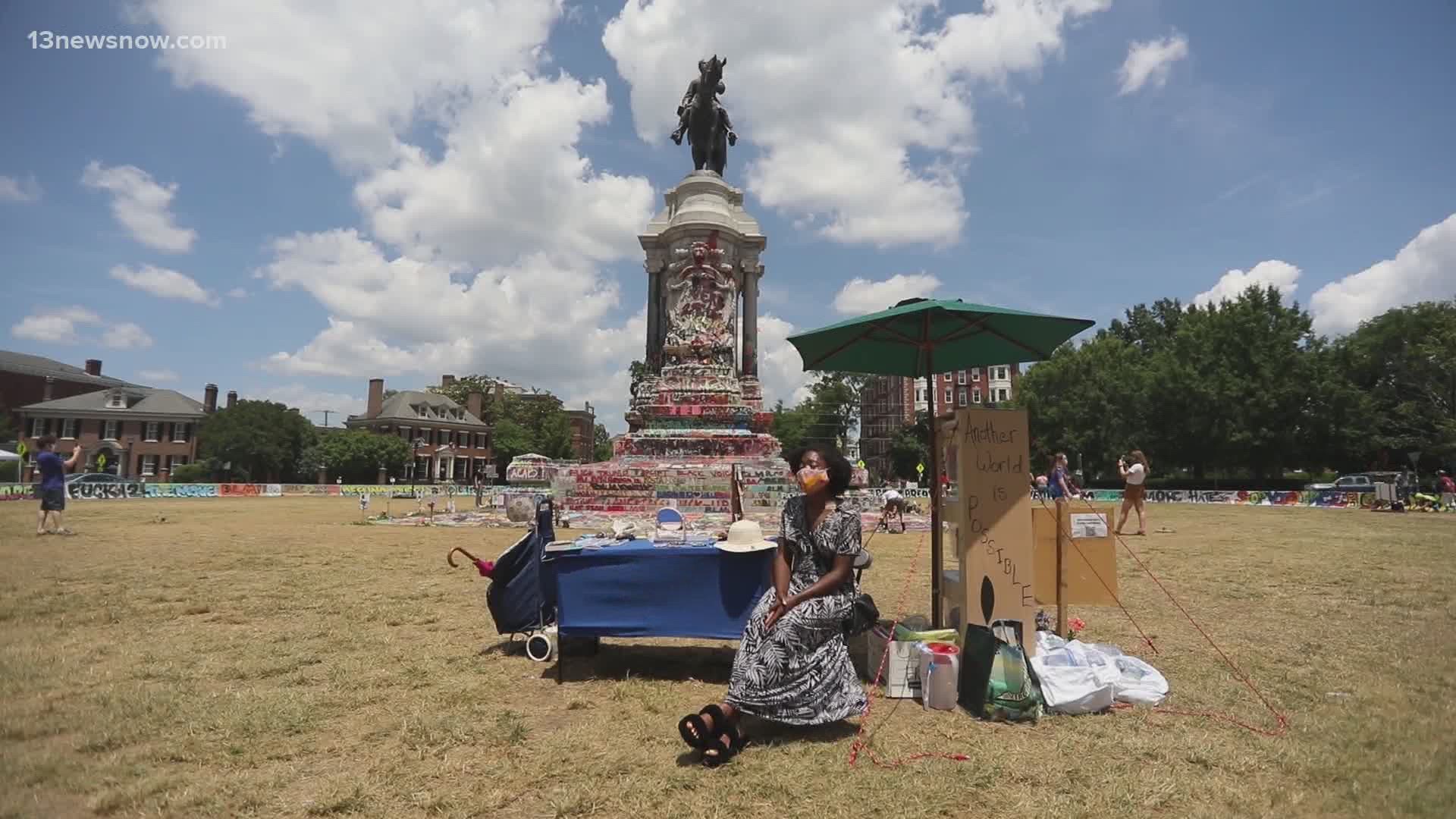 RICHMOND, Va. — The Robert E. Lee Monument in Richmond is a hub for activism; a memorial for victims and a community space during the day, but a site of clashes between police and demonstrators at night.

As the pace of large protests in Hampton Roads slows, the Richmond memorial remains a centerpiece for the Black Lives Matter movement in Virginia, and an active gathering place for many.

"It says freedom, liberation, people coming together for one cause," said Beverly Vandross, a Suffolk woman visiting the Richmond memorial on Monday. "It means unity, that people care, that people recognize, that people see."

The Lee monument is surrounded by memorials for people killed by police brutality and messages in support of Black Lives Matter.

But at night in recent weeks, it's been a different story.

There's currently a sundown curfew in place for the Lee Memorial circle.

On Friday as Richmond Police and Virginia State Police cleared the area in tactical gear, they said they were hit with paintballs.

Police declared an unlawful assembly and responded with gas, pepper spray, and non-lethal rounds, hitting demonstrators. 13News Now photojournalist Stephen Wozny captured the moment an officer shoved a woman to the ground, and when protesters were hit with projectiles.

“If you’re here [at night] you’re going to get rubber bullets shot at you, or you’re gonna get tear-gassed," Kelly said.

On Friday, Richmond Interim Police Chief William "Jody" Blackwell stepped down. The city is now on its third chief in two weeks.

Despite unrest and tension at night, each day, people return to the memorial circle. They take photos and bring signs.

Vandross said removing the monument and rededicating the space would be a small change, but a welcome one. She said the movement endures.