The project's budget estimated it would cost between $3.3 to $3.8 billion, making it one of the largest infrastructure projects in the country. 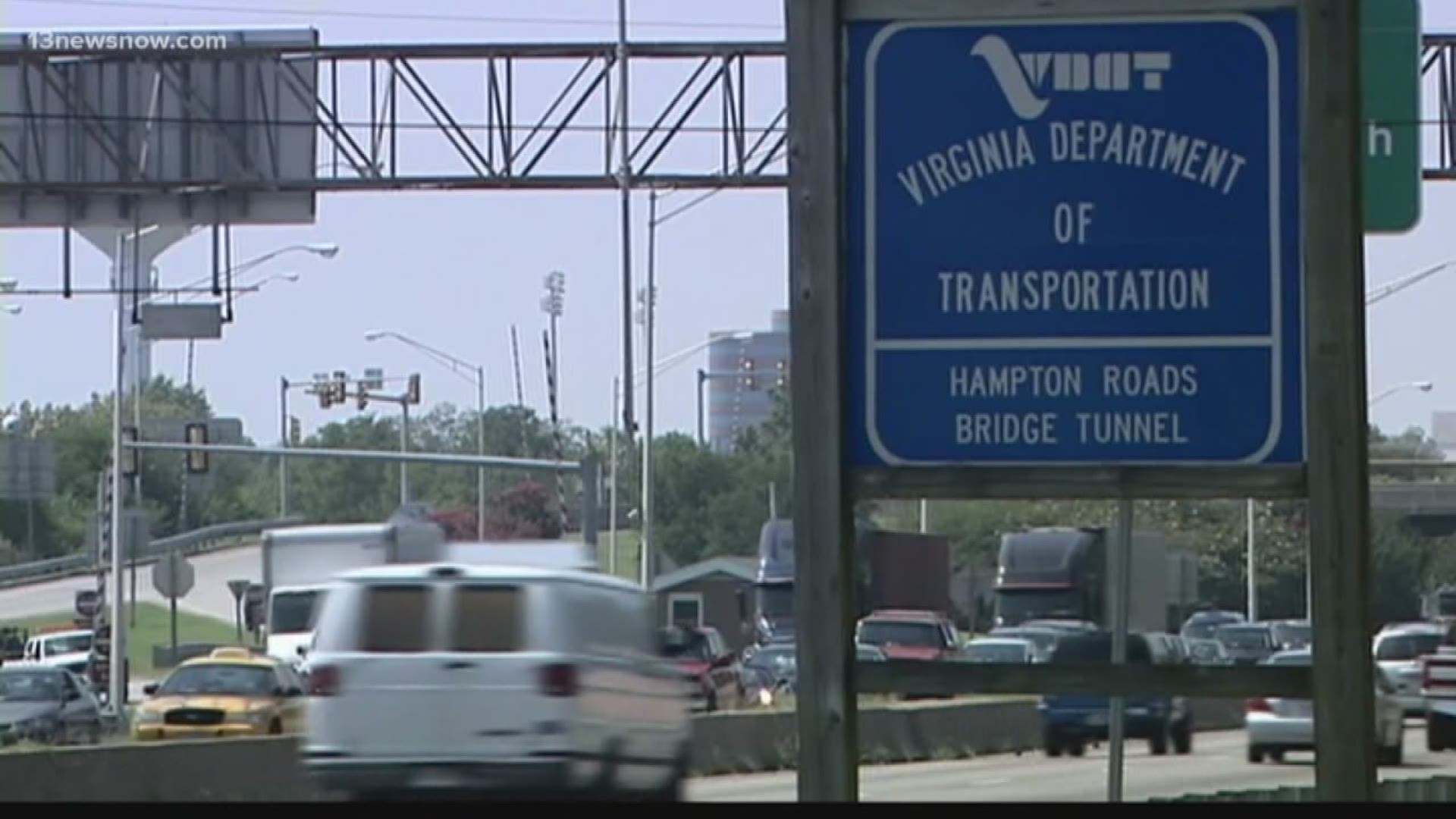 NORFOLK, Va. (WVEC) — The Virginia Department of Transportation is giving the community a chance to share their thoughts and learn more about the Hampton Roads Bridge-Tunnel Expansion Project.

On Wednesday, VDOT held a meeting open to the public from 5 to 7 p.m. at Ocean View Elementary School in Norfolk. On Thursday, another meeting will be held during the same time at St. Mary Star of the Sea School in Hampton.

These meetings are informal, open-house style, giving people in the community the opportunity to walk around, look at plans, share their input and ask VDOT officials questions.

Frank Fabian, the Lead Manager of the project, said getting the public's input is an important part of the process.

“Local input for the uniqueness of the geography, or of the area, helps us understand the problems and we can translate that in our design and solve those problems,” said Fabian.

The project is the first of its kind in the state of Virginia. Currently, the HRBT only has two lanes of traffic on each side. Once complete, the crossing will have four lanes of traffic in each direction, accommodating a total of eight lanes for drivers going across the water. On both the Hampton and Norfolk side approaching the HRBT, there will be six lanes: two normal lanes, one hot lane, and a shoulder lane on each side.

Ken McDuffie, a driver who works in Norfolk, said the expansion is long overdue.

"It’s pretty terrible. I actually thought about living in Hampton at one time, but coming back and forth across that tunnel just convinced me. There’s no way I’ll live there," said McDuffie.

Another driver, Gwendolyn Garrett, said she has been dealing with traffic on the HRBT for 24 years to get from the Peninsula to her job in Norfolk. The daily commute became so unbearable, she had to find a way to avoid it.

"I actually bought an apartment here, so that I can spend the night if I got stuck so I can be at my job on time," said Garrett.

VDOT said the project will alleviate traffic on one of the most congested corridors. During the peak of the summer season, more than 100,000 vehicles travel through it every day. The project is expected to be complete by 2024.

While Garrett is glad it's happening, she said she's not looking forward to how long construction will take.

"It’s a hassle while its happening, but you gotta look at the outcome," said Garrett.

"We have to look at the future because there’s no way around it. We’re surrounded by water and you gotta get across it."

The project's budget, finalized in 2016, estimated it would cost between $3.3 to $3.8 billion, making it one of the largest infrastructure projects in the country.