Cassandra Dickens became the first woman in six years to earn her GED while behind bars. 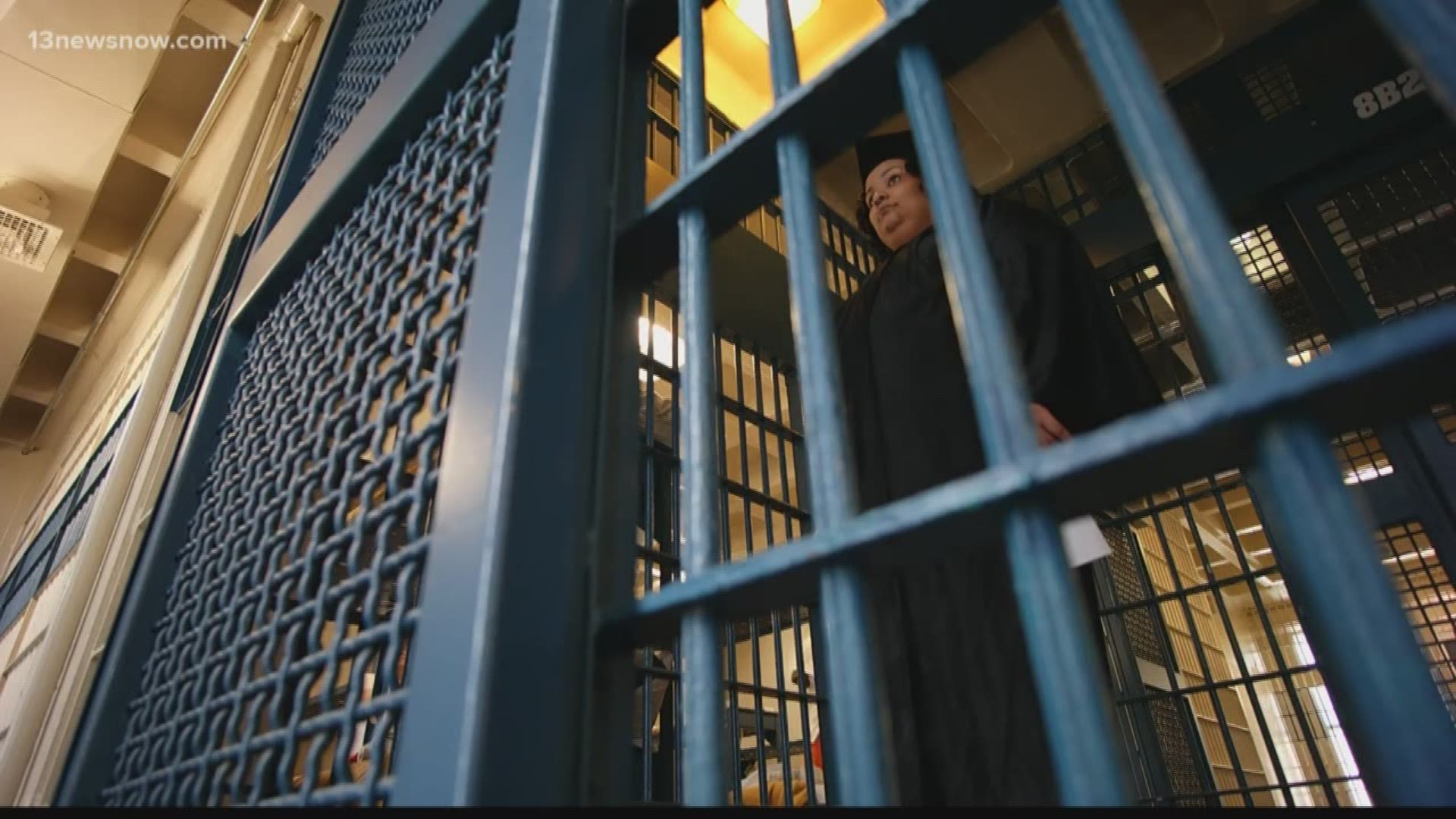 NORFOLK, Va. (WVEC) --- A walk normally made in stripes and handcuffs is instead made with a cap and gown inside the Norfolk Jail Wednesday.

“I made some mistakes, some wrong choices,” said inmate Cassandra Dickens. “But look what came out of it.”

Dickens is celebrating a nine-month commitment while behind bars for a shoplifting charge.

She just became the first female in six years to earn a GED inside the jail.

“This is the proudest I've ever been of myself,” said Dickens.

She took four classes a day, six days a week, with little downtime or break from the typically noisy jail cells, to graduate and earn her degree.

“I think it’s a select few that get that heart that want their education,” said teacher Jennifer Carpenter.

Dickens said the mistakes she made are now behind her. When she is released in a week, she plans to go back to school to pursue a career in phlebotomy.