Are you filling plastic bags with your recyclables? TFC Recycling Plant officials say it's best not to. Plastic is their biggest issue at the plant. 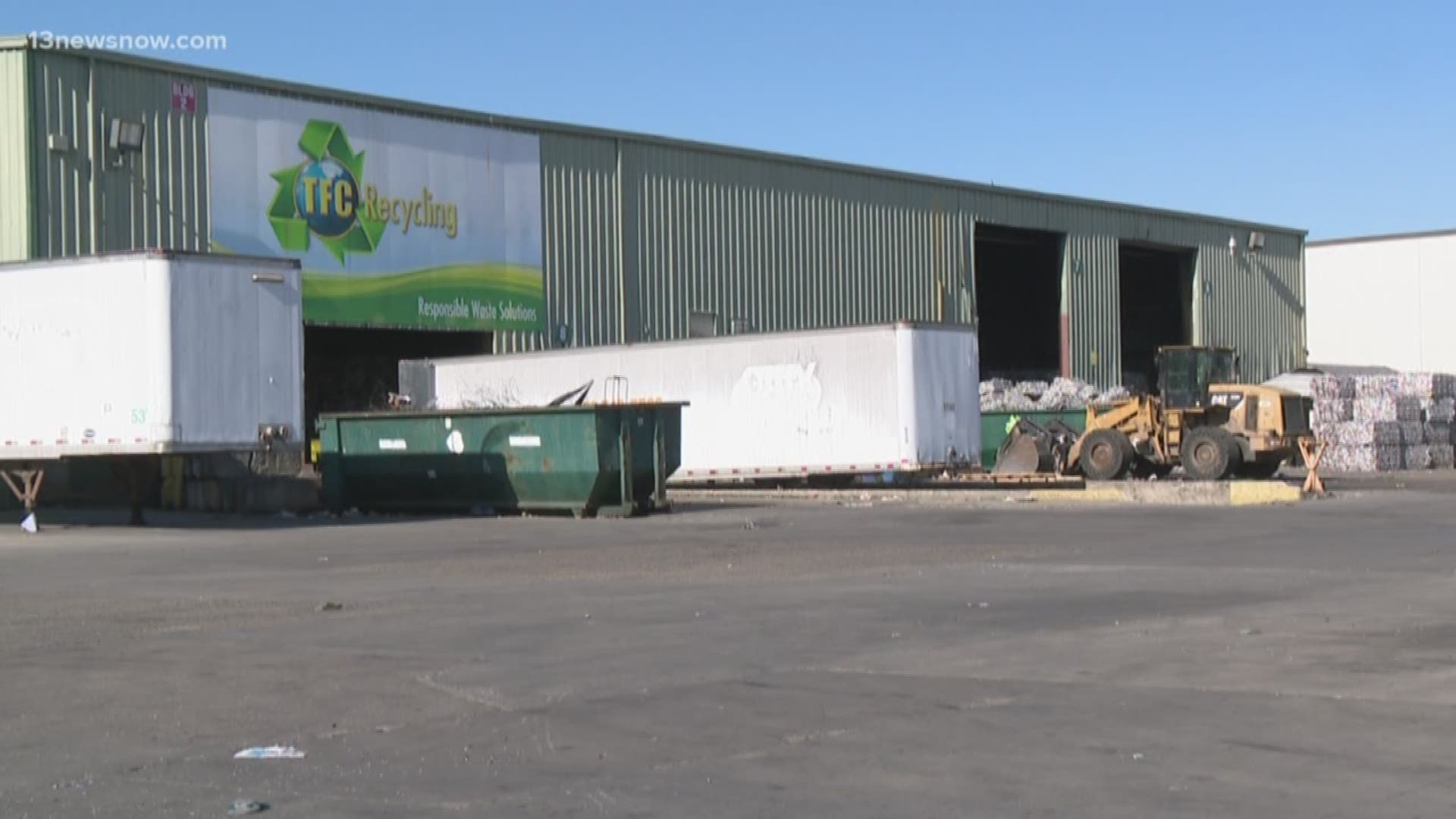 NORFOLK, Va. — TFC Recycling processes 400 million pounds of recyclable materials every year. But how much of that is making a difference in Hampton Roads?

Norfolk Councilwoman Andria McClellan posted on social media how she sees tons of recyclables bound in plastic bags waiting to be picked up. As it turns out, plastic bags are TFC’s biggest processing issue.

"Plastic bags are the biggest problem we have,” said TFC President Michael Benedetto. “They will blow, they will create litter problems for us."

Every week households fill their blue recycle bins with plastic bags full of recyclables, according to Benedetto.

"When people recycle, we prefer them to put them in loose, or in a paper bag where it will fall out,” Benedetto said.

Otherwise, that plastic blows around at the TFC processing plant in Chesapeake. Staff can't process the material and it ends up somewhere else.

“Chances are that whole plastic bag is going to wind up going into our residue bunker,” Benedetto said. “It will wind up being disposed of instead of recycled.”

Plastic bags can also clog the machines. It even happened during our tour of the plant.

"Anything that can wrap around our equipment, because we have a lot of rotating equipment, will stop the equipment,” said General Manager of Recycling Operations Mike Cropley.

Even a pre- and post-sort can't catch everything. Cropley said they also see odd items like Christmas lights, cooking lids and window blinds end up on the conveyor belts.

"If they get into our bale, the buyer can either downgrade or reject us,” Cropley said.

Generally, Cropley said paper, bottles and cans are ok. But he said stay away from paper you can't tear, like pizza boxes. They can't recycle items with food residue. Drink pouches, straws and Styrofoam also can’t be recycled at TFC.