Delays in drivers picking up your trash and recycling bins is becoming a common trend in Hampton Roads and the problem is now hitting the city of Newport News. 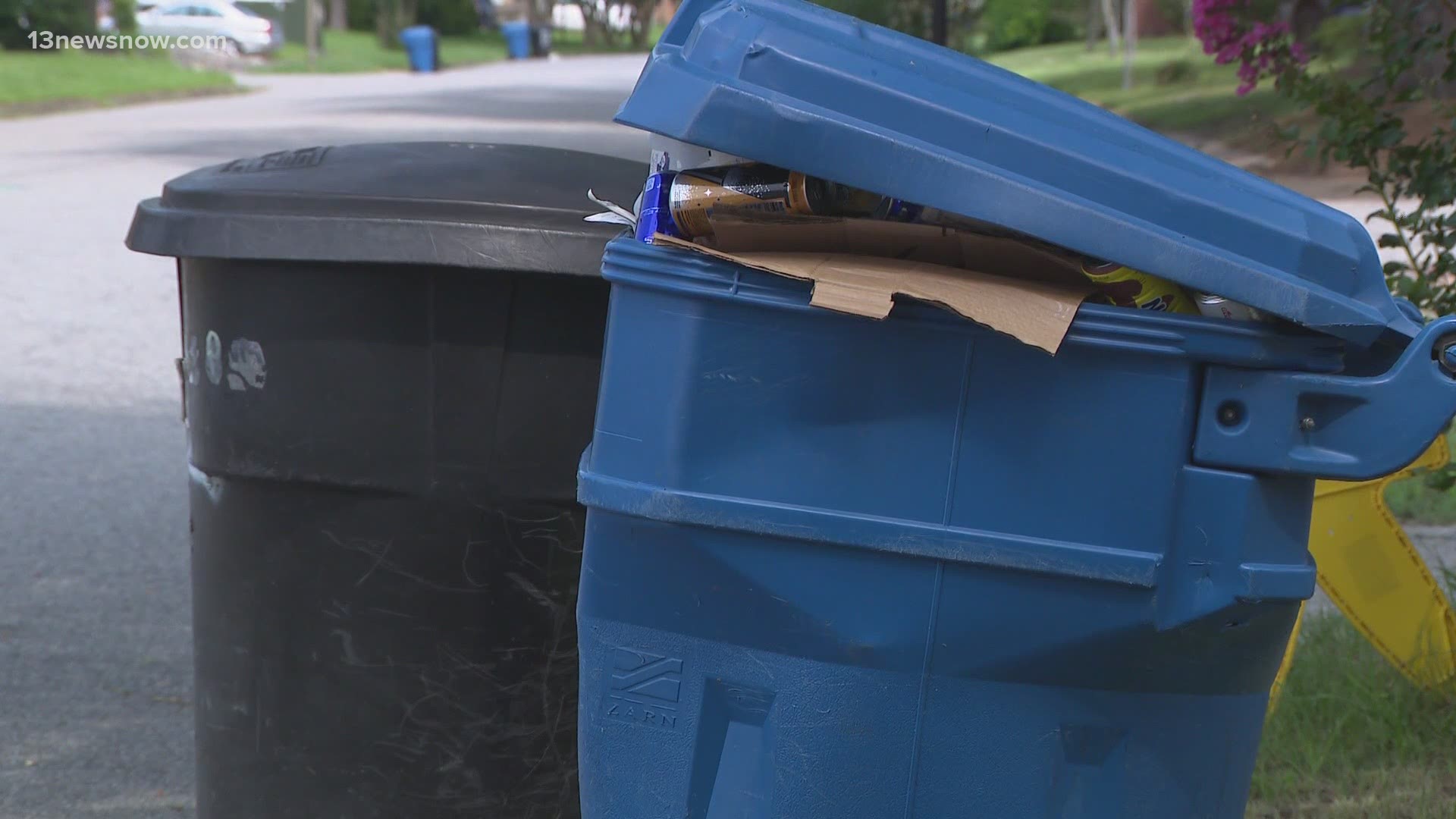 NEWPORT NEWS, Va. — We first saw it in Virginia Beach, and now we're seeing it in other cities such as Suffolk and Newport News. People have to wait much longer for their recycling bins to be cleared.

The city of Newport News posted on Facebook and Twitter, telling its residents to be aware of the delays.

"It's not the best thing in the world...but you know, it's just the way the entire industry is right now," said Amy Gray, the city's Solid Waste Division Administrator.

We are still experiencing delays in recycling collection. If you have additional recycling or cannot wait for the contractor to collect curbside, you are welcome to bring recycling to the ROC or any of the drop-off sites throughout the city. https://t.co/tywkbxiQJG pic.twitter.com/3EqIIwtFMy

The city blames staffing shortages for the delay. A shortage of workers is also a trend across several industries throughout the nation, such as the restaurant and hospitality industries.

Gray says the recycling facility contracted with the city is seeing a worker shortage in their drivers. The facility says it is currently training new drivers to get out in the neighborhoods. However, the training also takes time, which is adding to the delay.

"It's a very temporary issue," Gray explained. "It's imperative that we get the work done."

Gray says the best thing people can do is be patient, saying, "Just that generic personal courtesy. Please realize they are working very hard."

Gray says getting back to normal will take time, but they are hoping to have the new driving routes back up by the beginning of August with the new employees.