Everyone was able to safely escape a house fire that broke out on East Ocean Avenue. 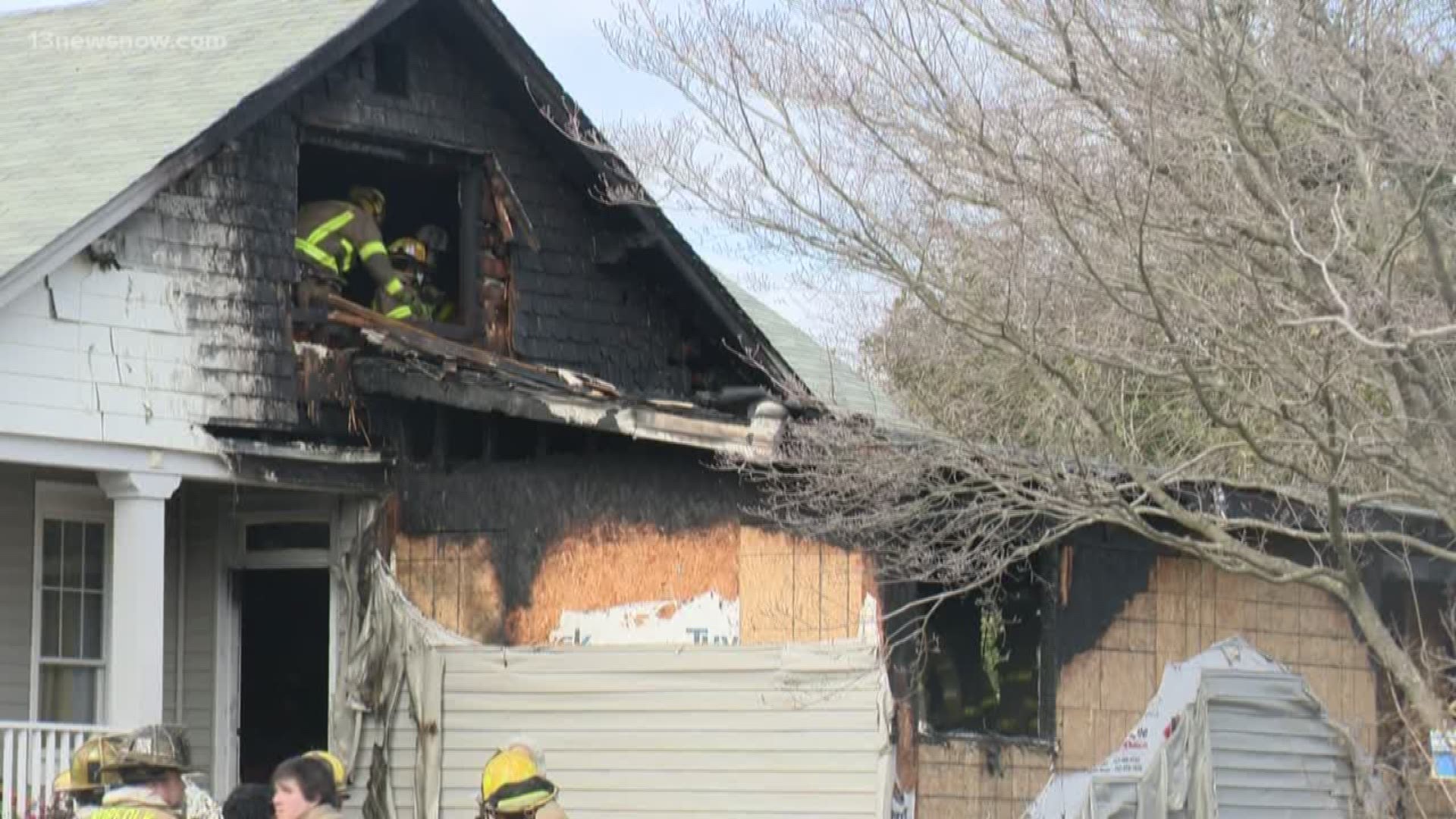 NORFOLK, Va. — Firefighters were able to contain a fire that ravaged one home in Norfolk on Friday.

Crews were sent to a home in the 200 block of East Ocean Avenue before 10 a.m. on Friday.

After putting out most of the flames, they continued to extinguish hot spots in certain parts of the home.

The Red Cross of Virginia tweeted they would be supporting residents impacted by the fire.

No one was injured. No other details are available at this time, including the cause of the fire.

RELATED: Massive fire seen for miles after building under construction burns in Virginia