The Department of Justice announced the arrest of 45-year-old Eric Brian Brown on a charge of kidnapping. If convicted, he could face up to life in prison. 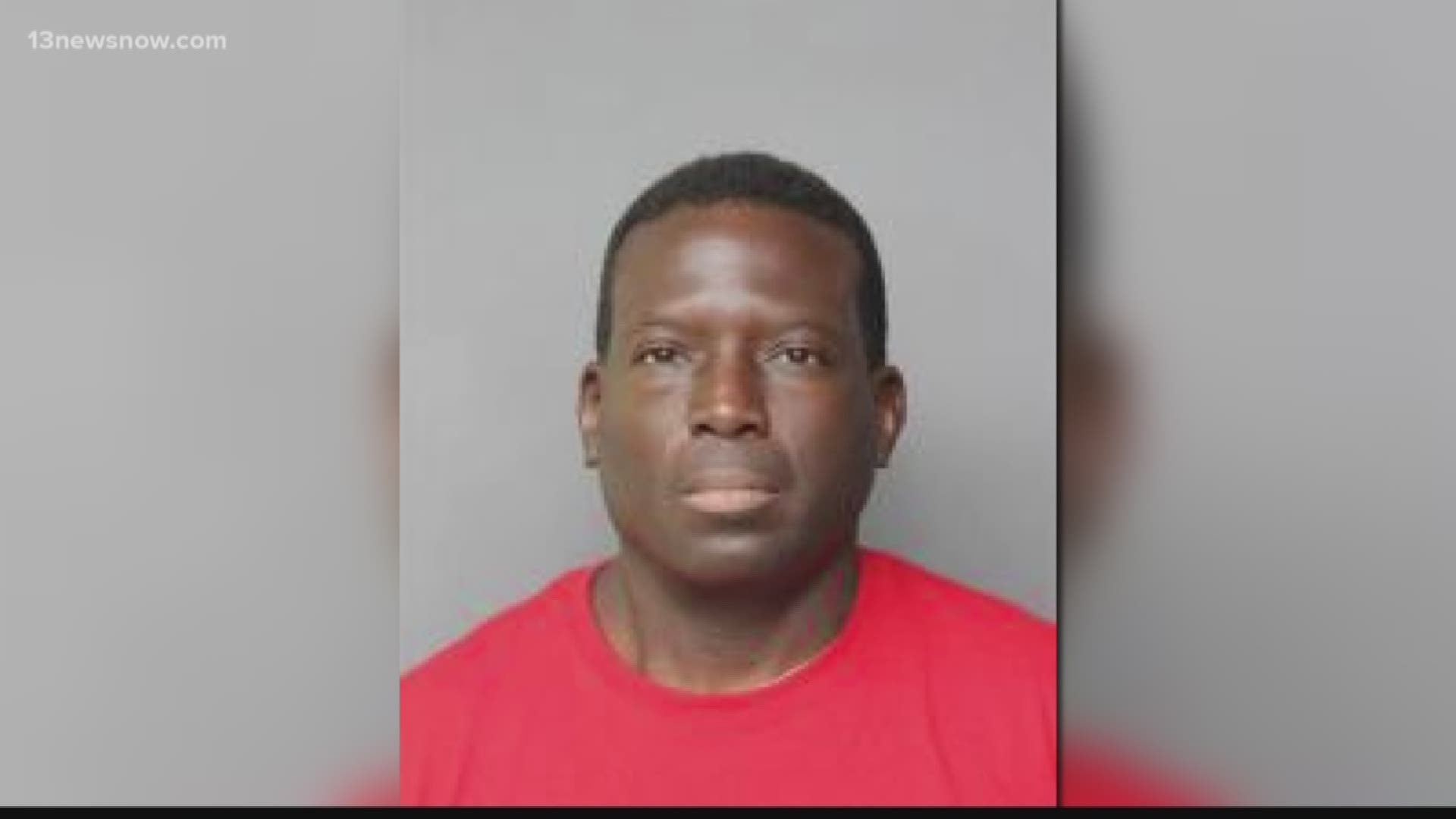 NORFOLK, Va. (WVEC) -- A retired Navy veteran has been arrested in connection with the disappearance and murder of Ashanti Billie.

The Department of Justice said Wednesday that 45-year-old Eric Brian Brown was in custody, charged with Kidnapping. On Wednsday, Detectives with the Charlotte-Mecklenburg Police Department’s Homicide Unit charged him with Murder.

13News Now was outside the Norfolk Federal Courthouse when Brown arrived for his first court appearance. 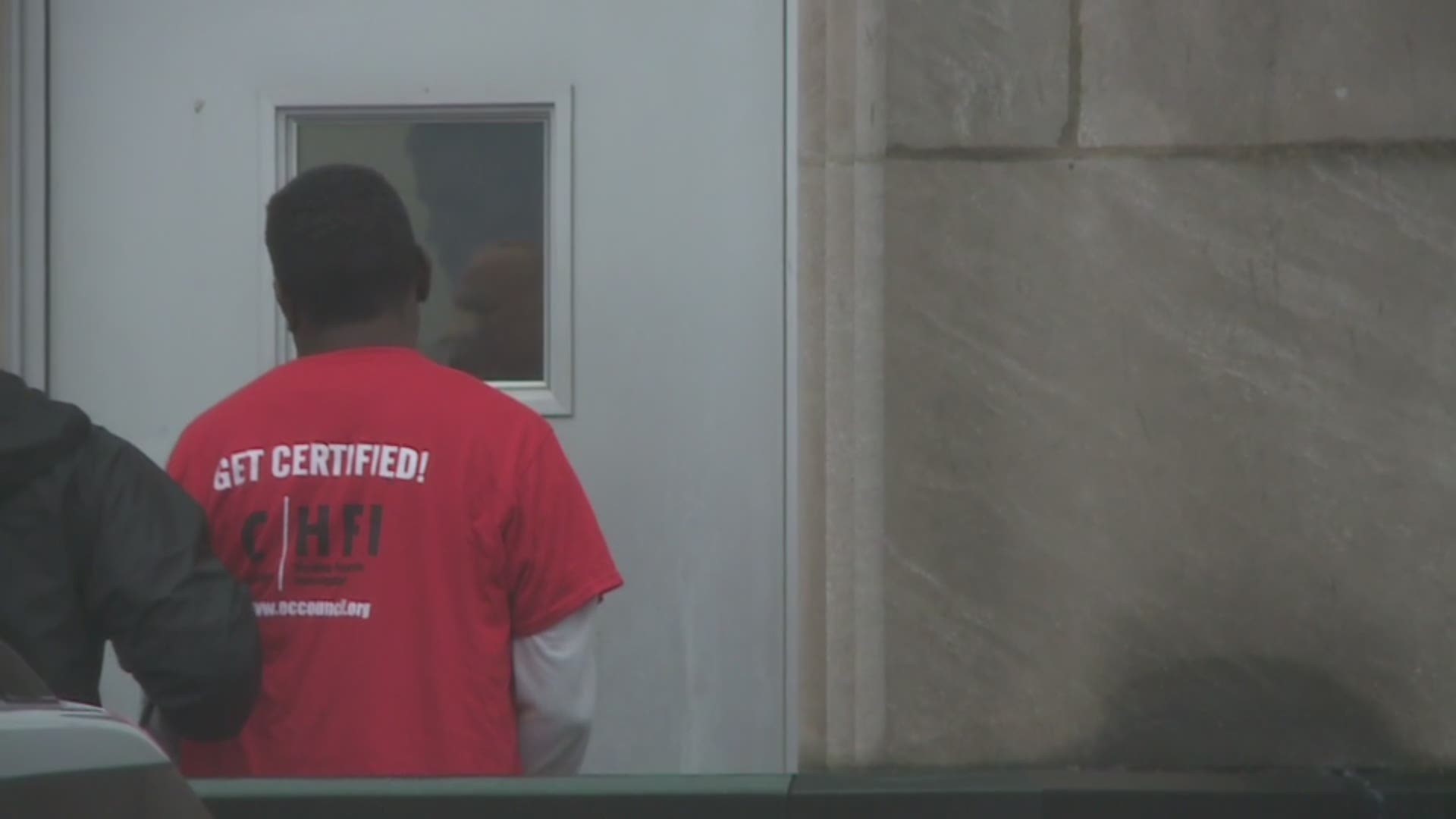 A surveillance camera at Naval Amphibious Base Little Creek recorded the 19-year-old Billie's Mini Cooper leaving the base early on the morning of September 18. Nearly two weeks later, her body was found near a church in Charlotte, North Carolina.

If convicted, Brown could face up to life in prison.

According to court documents, Brown worked as a day laborer and had worked on the construction of the Blimpie's deli where Billie was employed.

Brown, a 21-year veteran, is homeless and reportedly lived at random facilities and buildings on and off the naval bases. He was frequently seen visiting the Blimpie's.

Witnesses reported seeing Brown attempting to flirt with Billie on several occasions, and one witness recalled hearing a conversation where Brown made a crude sexual comment directly to Billie.

13News Now obtained personal surveillance video taken shortly after Billie's car left Little Creek. The video shows her Mini Cooper and a man getting out of it, tossing something into a dumpster. It's the same dumpster from which investigators later recovered Billie's cell phone.

On September 29, Billie's body was found lying in tall grass in a wooded area behind a church in Charlotte, North Carolina. It was approximately 300 yards from Brown's childhood home.

During an interview with investigators on October 27, Brown told agents he was on JEB Little Creek on the evening of September 17, and that at one point he blacked out and had no recollection of what he did for several days after that. When discussing the abduction and murder of Billie, Brown confirmed that he could not remember if he did anything to Billie.

Billie’s body and clothing were processed for evidence and on two separate articles of clothing, an unknown male DNA profile was identified.

You might be wondering why Brown is only charged with kidnapping--often authorities initially charge what they can prove to get the suspect off the streets, then bring more charges later. Federal kidnapping comes with max life in prison sentence if convicted

Kimberly Wimbish, a spokeswoman for Billie's family, posted a couple of items on Facebook Wednesday including one that said: "Thank you God Justice 4 Ashanti."

The entire Billie family would like to extend their deepest thanks and gratitude to the FBI, Virginia Beach and Norfolk Police Departments, and NCIS for their attention and investigations regarding their daughter, Ashanti Billie. Additionally they would like to extend their heartfelt thanks to all that helped and came forward with tips. At the current time the family needs time to process the information but will be making a public statement soon. Thank you."

Biographical information released by the Navy says Brown enlisted on January 10, 1991. He ended his service on January 31, 2011.

The enlisted warfare specialist was recognized with the following: