2019 could be a big year for sea turtle hatchlings, Mote says

A Mote biologist said the record for sea turtle nests in one year was 4,588. 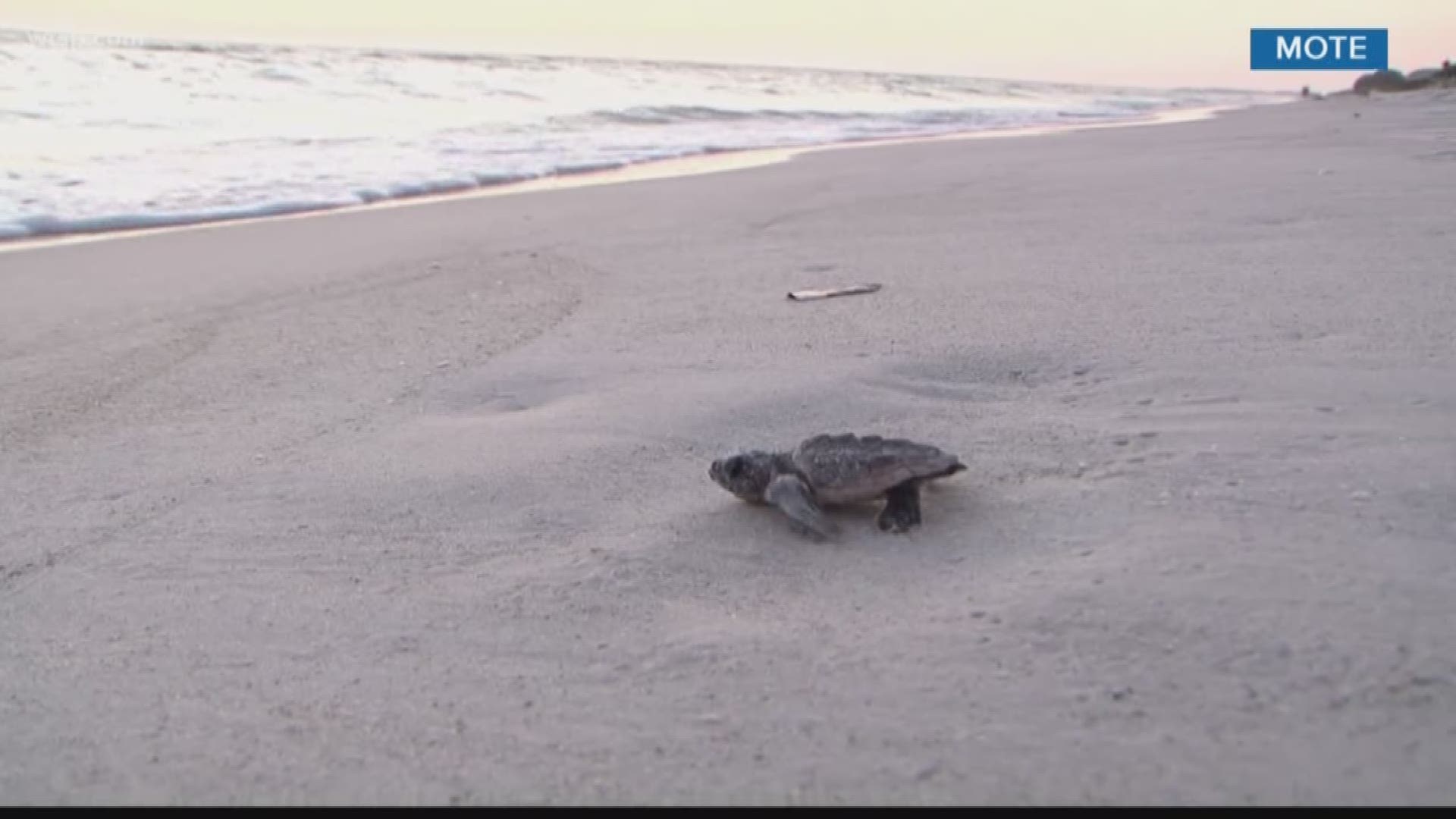 The sea turtle nests along Sarasota County’s coasts are flourishing this season.

Scientists with Mote’s Sea Turtle Conservation and Research Program say that this could be a big year for hatchlings.

“We’re on pace to set records this year, said senior biologist Melissa Bernhard. “We already have more nests on the beach than we had all of last season and we’re only about halfway through.”

The loggerhead females only come out of the water to lay eggs and typically will leave around 100 at a time on the coast.

“She’ll lay about 5 to 7 nests each season that she’s nesting and she nests every two to three years for her entire life, once she reaches maturity,” Bernhard said.

That’s between the ages of 25 to 30 for the turtles. The scientists estimate that only one in 1,000 of those eggs will make it to maturity.

In Sarasota, Bernhard says raccoons are the biggest predators.

Remember that sea turtles, sea turtle eggs and nest marking materials are protected under federal law and any harassment or interference with a sea turtle, living or dead, is subject to penalty.

Here are some of Mote’s recommendations: