According to the DOC there was an inmate-on-inmate altercation at Sussex I in Waverly. 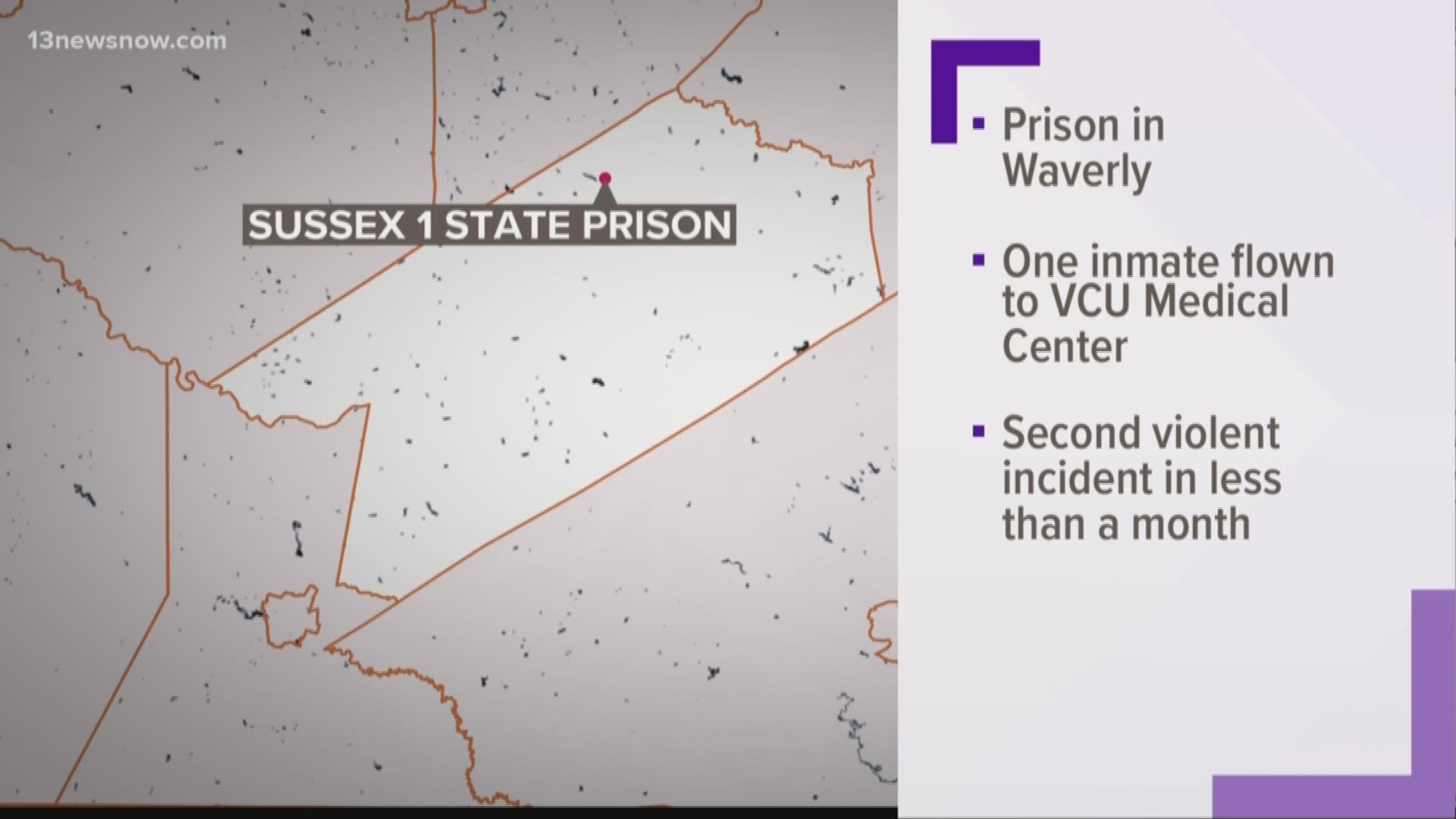 WAVERLY, Va. (WVEC) — Another incident has been reported at Sussex I prison in Waverly just over two weeks after an officer was stabbed by an inmate.

JUST IN: There's been another incident at Sussex I prison in Waverly. DOC confirms "there was an offender-on-offender altercation." Sources tell us an inmate was stabbed. Waiting on DOC communications for more info.

The Department of Corrections confirmed, "there was an inmate-on-inmate altercation."

According to a source, one of the two inmates involved was taken to the SRMC and then transported via helicopter to VCU medical center.

There is no further information available.