Beforehand, 17-year-olds were not eligible for the $1200 if they were not emancipated and their families did not receive the $500 for them as dependents. 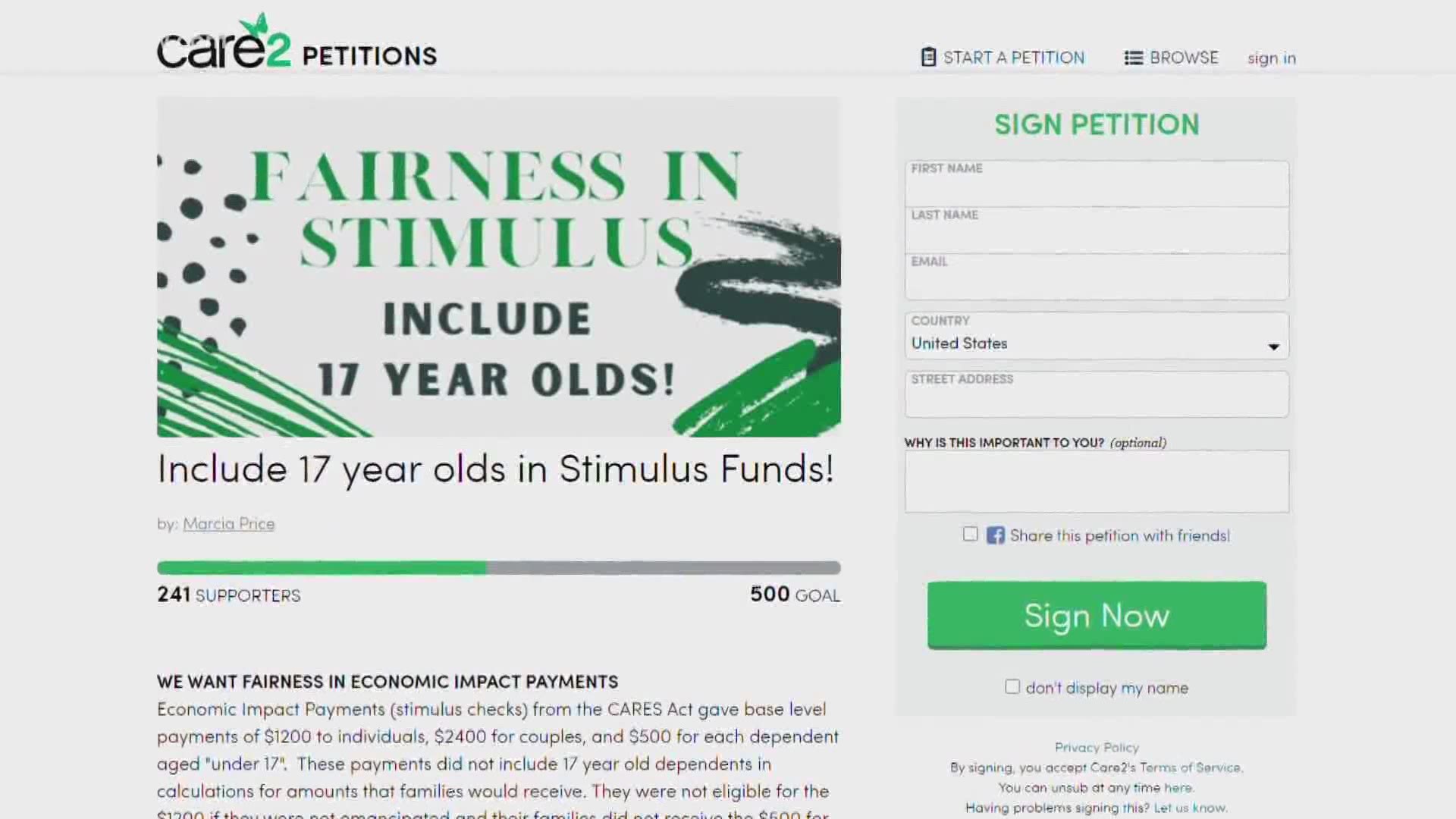 NEWPORT NEWS, Va. — A group of local teens is calling for change.

They started a petition to get more dependents covered in stimulus funds, and one local lawmaker is supporting them.

When the first wave of stimulus checks went out, $1,200 went to individuals, $2,400 went to couples, and Americans also received $500 for each dependent under the age of 17. So, if you're 17, your parents or guardians didn't get anything for you. Several teens started a petition.

The petition asks that in the next COVID-19 response bill from the federal level, the government include 17-year-olds, families receive the $500 from the CARES Act, and that 17-year-olds are included in any future COVID-19 relief packages.

These teens are not alone. Delegate Marcia Price is backing them.

“It wasn't until checks started coming out that people understood the definition of dependent was under the age of 17,” Price said. “This isn't just a Hampton Roads issue, this is a national issue.”

Part of the petition reads: Many 17-year-olds are working on the front lines in grocery stores and restaurants and they should not be left out. Others have been laid off from their jobs like in recreation and entertainment industries and have lost their income that often helped their families make ends meet. Some are even saving for college and this loss of income will affect the plans for their future. Those that are 17 are still dependents and should not be treated differently than those who are 16 years old.

There are already more than 200 signatures on the petition. The group will ultimately send it to the federal delegation in Virginia, as well as leadership at the U.S. Senate.

“We wanted to start this petition to address the issue.”

“I think it should have been automatic, there are a lot of 17-year-olds who are dependents.”

RELATED: VERIFY: No, there is no free money from a "COVID-19 Global Empowerment Fund."