Churches in Carmichael and Stockton with Lebanese ties prayed for the family, friends and citizens of Beirut after Tuesday's blast. 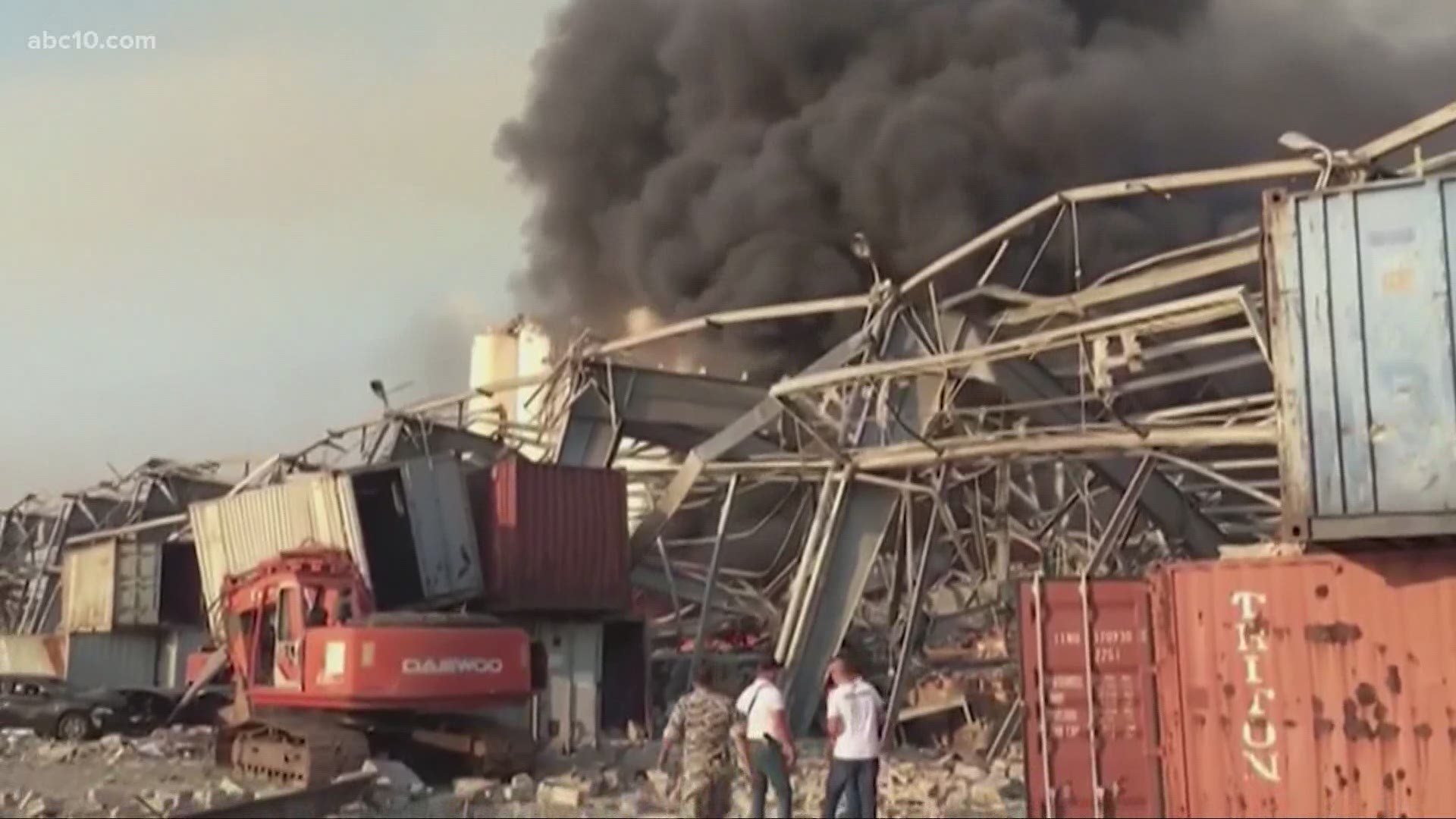 STOCKTON, Calif. — The blast in Beirut destroyed a city thousands of miles away but was still able to hit close to home for a local congregation with deep ties to Lebanon.

A massive explosion rocked Beirut on Tuesday, flattening much of the city's port, damaging buildings across the capital and sending a giant mushroom cloud into the sky. More than 70 people were killed and 3,000 injured, with bodies buried in the rubble, officials said.

The blast struck with the force of a 3.5 magnitude earthquake, according to Germany’s geosciences center GFZ, and it was heard and felt as far away as Cyprus more than 200 kilometers (180 miles) across the Mediterranean. The cause of the massive blast, which sparked fires, overturned cars and blew out windows and doors, was not immediately known.

The Maronite Catholic Church in Stockton and Sacramento say their community is hurting deeply.

“Almost everyone at the church has someone affected there,” Carolyn Aboubechara, a member of the church, said.

Every member of a local church congregation has family missing or injured in Beirut blast. Tonight in Stockton, they pray for Lebanon in socially distant vigil and on a live stream. @ABC10 pic.twitter.com/63SqkAB0JY

Rita Tezano-Pinto, of Sacramento, says her 28-year-old cousin is among a crew of 10 firefighters missing and presumed dead.

“It is so hard when you are listening to the news from far away and you just can’t understand what in the world happened to Beirut,“ Tezano-Pinto said.

Since the blast, members of the congregation have attempted to reach family or friends in Beirut.

“There’s a lady at our church whose sister got injured sitting at home, just doing her own thing and the explosion blew in her windows on her and she had to get 24 stitches in each leg,” Aboubechara said.

Church leaders are hoping the international community helps Lebanon, a country already in economic turmoil because of the global coronavirus pandemic.

“Financially and spiritually, they need our support,” Rev. Ghattas Khoury, of Our Lady of the Rosary, said.

The church is exploring ways to donate money, food and medical supplies to Lebanon.

► Stay in the know! Sign up now for the Daily Blend Newsletter