26-year old Cristian Urquiza was struck by a car on Waterloo Road on Dec. 7. His girlfriend says he was in a coma for 9 days before waking up. 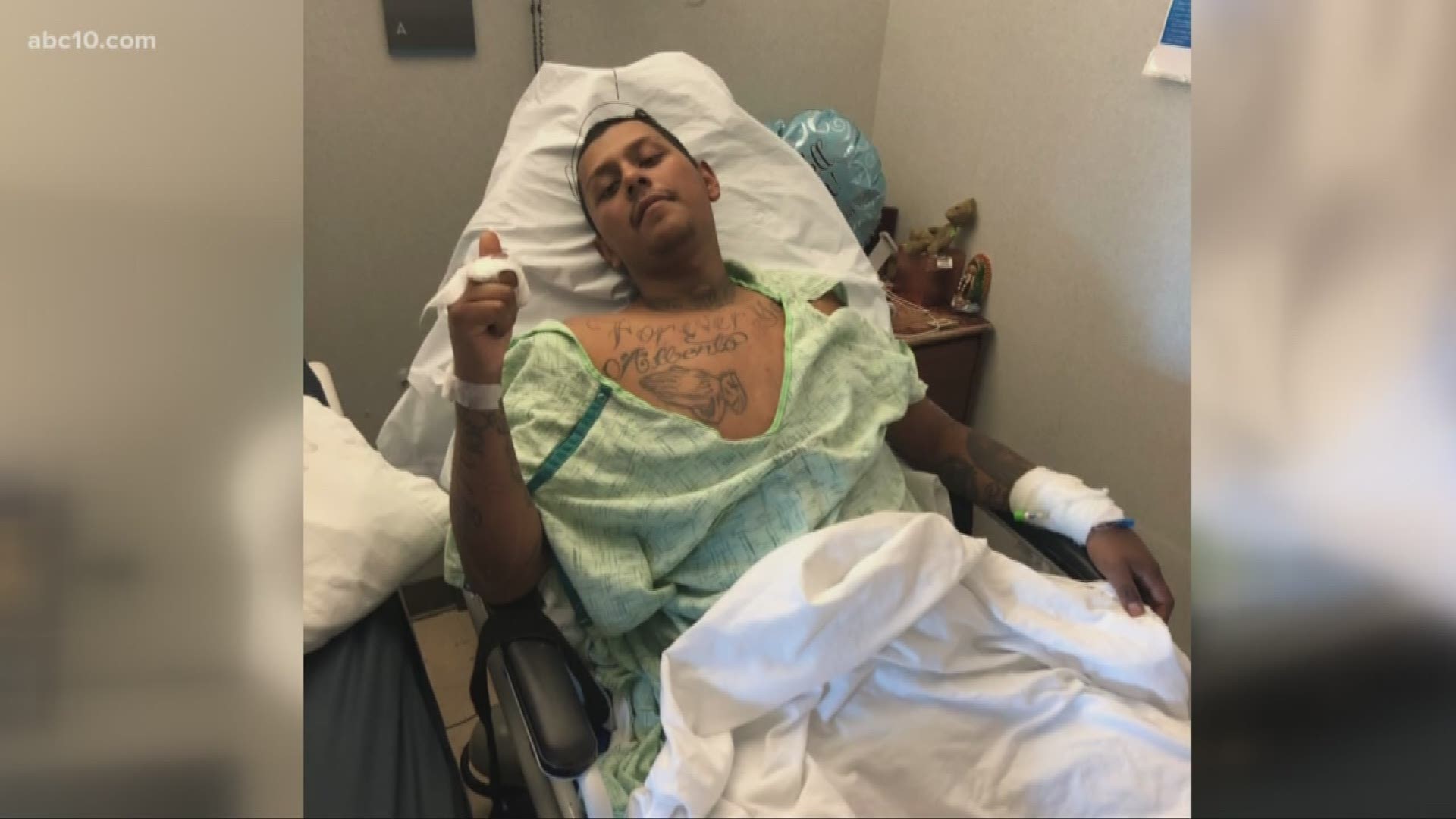 "The whole situation is a miracle. The fact he is alive is a miracle, so, that's how we are taking it," says Ofelia Ayala, Urquiza's girlfriend.

Ayala says Urquiza was unconscious and in a coma for nine days before finally waking up at San Joaquin General Hospital in French Camp.

Even though she wasn't there when it happened, his aunt was by his side.

"When he woke up... his eyes were like a blank stare almost, not really saying anything, and, then, he just kind of got startled," Ayala said. "I think the next day after that he started to actually move his pupils and look around the room."

On Dec. 7, Urquiza was walking along Waterloo Road just west of Filbert in East Stockton. It was then that the California Highway Patrol said he was hit by a white or yellow late eighties or early nineties sedan with front end damage.

RELATED: Family says Stockton man injured in hit-and-run is paralyzed, may have been robbed before accident

"I feel very grateful to God for the progress he has made. That's my main focus. The fact that he is alive it's just up from here," says Carmen Sanchez, Urquiza's mother.

The young father of a one-year old boy is able to recognize family and friends and can hold short conversations.

However, he is unable to walk and is in severe pain.

"He doesn't remember... what happened that night, unfortunately. But, we tell him don't stress out about it. It will come to you, if God wants you to remember. You know, you'll come to it. But, for the meantime, we do know that he does remember everything before that," said Ayala.

The CHP says no arrests have been made.

The family is hoping someone who knows something will come forward with information to give them justice.