A high school student in Accomack County stuck up for his controversial project, despite what his teacher told him. 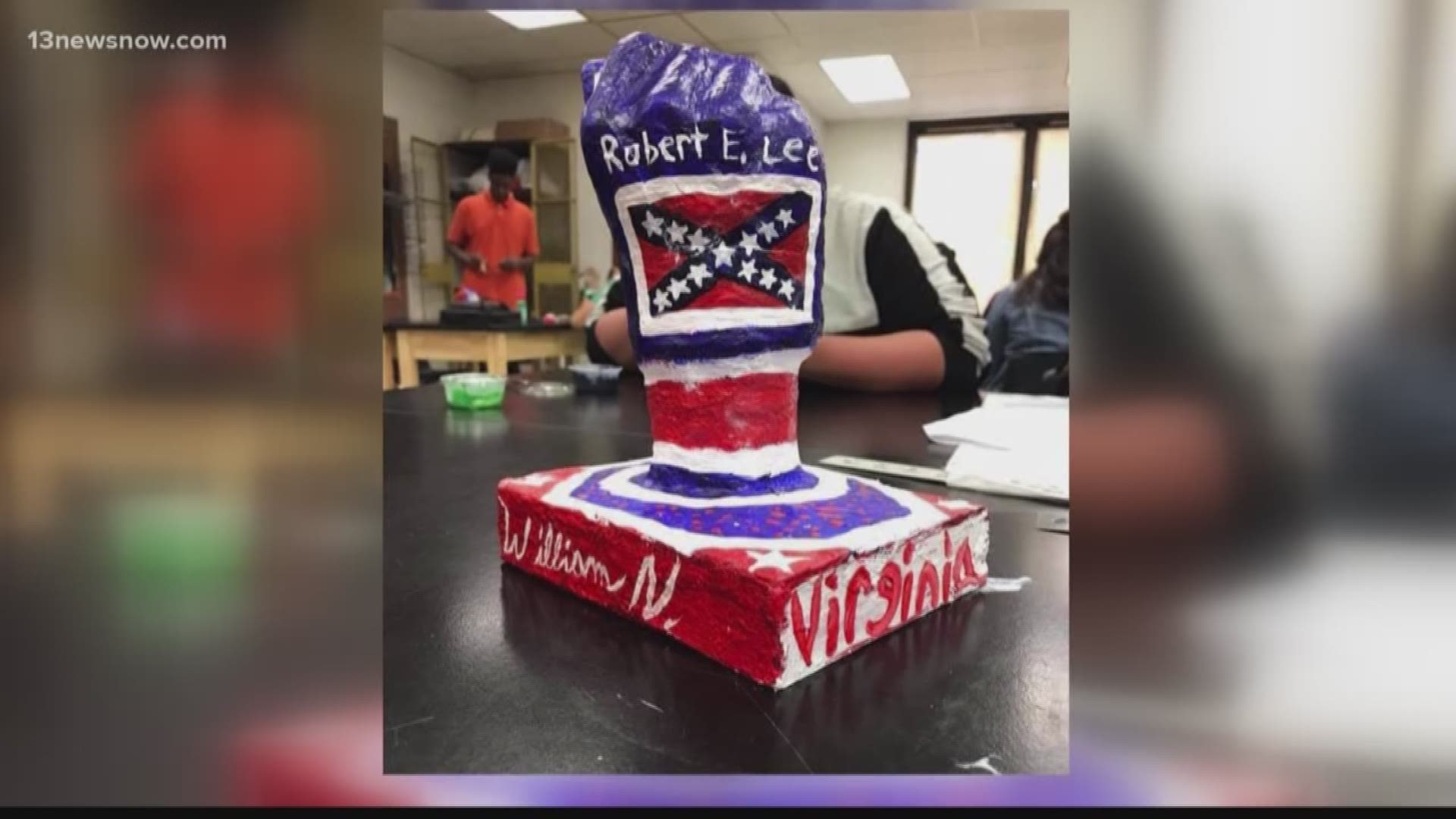 ACCOMACK COUNTY, Va. (WVEC) -- A high school student stuck up for his controversial project, despite what his teacher told him.

The Nandua High School freshman, William Norman, claimed his teacher and principal asked him to redo the project one day before it was due. The controversy: he painted a Confederate flag on it.

It was a ceramic sculpture of a hand, with "Robert E. Lee, history not hate" scrawled on it.

He said his teacher had a problem with his project, saying it promoted racism. It was supposed to be displayed at the school.

"I was going to do what I planned. They can't approve it and then say you gotta change it after I worked so long on it. It's not fair to me, or anybody," said William.

William claimed his teacher had approved the design beforehand, but when he was close to completing it, she changed her mind.

The principal got involved, trying to do what's right, but gave him a choice-- repaint it the day before it was due or get an "F."

"I'm going to stand for what I think is right," he said.

William, his father, David Norman, and his mother who lives in Florida said they all stuck by the project because it promoted their heritage and deep roots in the south.

"We were on the second ship from England that came to America, so my bloodline goes way back when America first started," William explained to 13News Now.

After William refused to repaint the project his mother in Florida called and got involved. Eventually, his dad, who he lives with on the Eastern Shore, also joined the discussion.

Eventually, the school agreed with William, allowing his project to be displayed after multiple meetings.

"Everybody should be able to practice or display their heritage in a way they'd like," said William.

William's family said this shouldn't have been about race, and it isn't. Their pride in the Confederate flag is about heritage.

"People that may be racist might fly it but to me, it has nothing to do with racism. It's my heritage, my blood, where I came from," William explained.