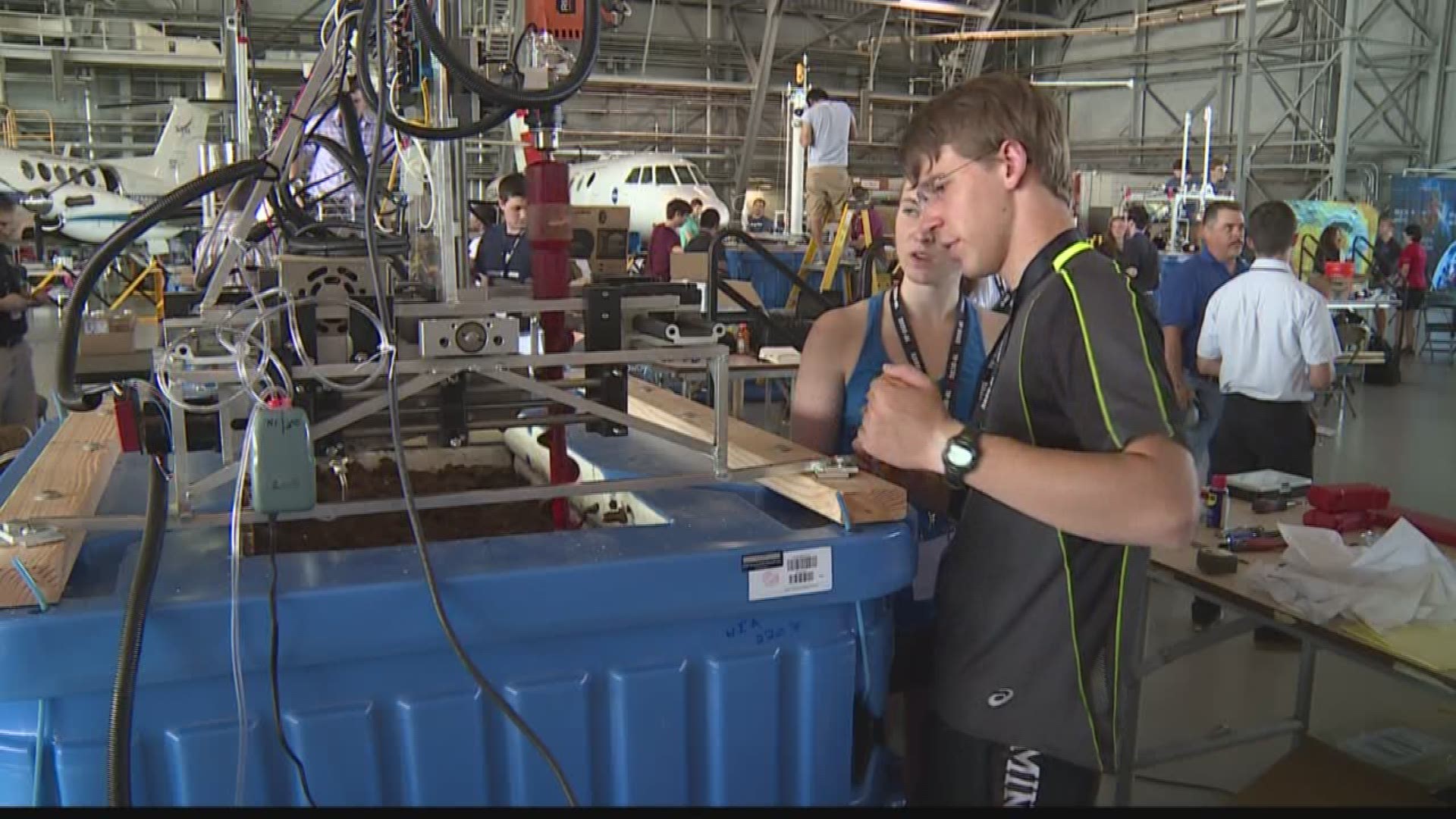 HAMPTON, Va. (WVEC) --- Life on Mars could depend on Justin Kilb and Caroline Ellis.

They’re students from the Colorado School of Mines, but they’re in Hampton Roads this week for a special competition.

It’s called the Mars Ice Challenge, and it’s being held at the NASA Langley Research Center in Hampton.

Each team’s mission is to find a way to extract water from sub surface of the red planet.

“We’re not on Mars,” said Ellis. “So we are going to pretend like we are.”

In order to do that each team is given a large blue container. Inside the container is a thick layer of ice covered by another layer of dirt, similar to what you would find on Mars.

“[Ice] is there in spades,” said NASA’s Assistant Director for Science and Exploration Rick Davis. “And figuring out how to access it is going to be key.”

While they’re just college students, the work they’re performing could be used by NASA researchers.

“I think it may be the perspective we need to make Mars happen,” said Davis.

The winners will be announced after the competition at a later date.