During this pandemic, the club closed for about three weeks, but the demand to close the technology gap led to it reopening. 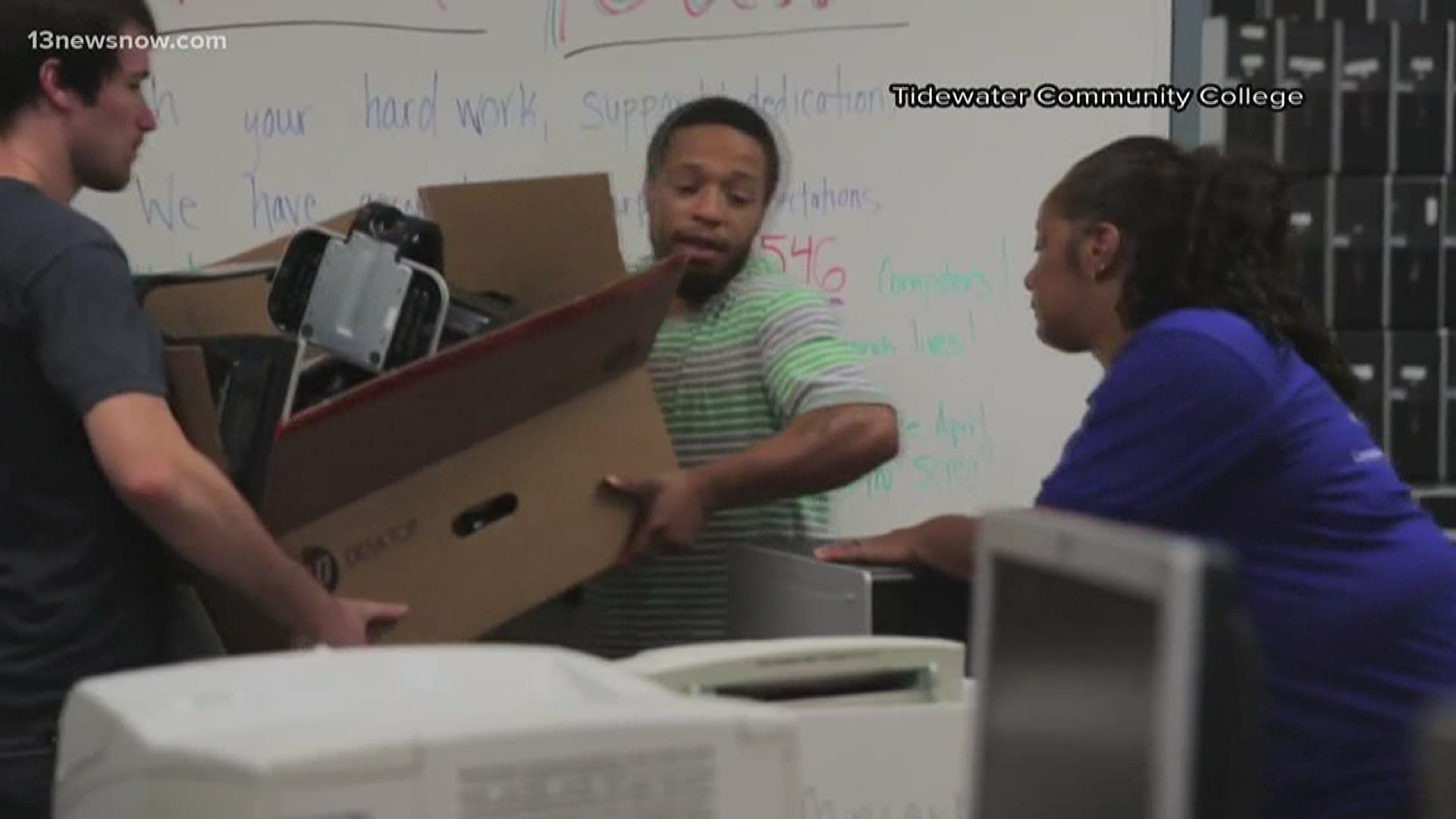 VIRGINIA BEACH, Va. — While social distancing and sheltering in place, we’re all relying on technology even more. Now one student-run program at Tidewater Community College is helping with that demand.

Tidewater Community College's “computer club" started the Student Success program in 2009. Since then, the club has passed out more than 12,500 refurbished computers and laptops to TCC students and non-profits in need.

During this pandemic, the club closed for about three weeks, but the demand to close the technology gap led to it reopening.

"Probably about four times as many as we normally have,” said TCC Professor and program coordinator, Gary Noah.

He said on the first day they re-opened, they had 50 people requesting computers and asking for their help, as all learning has gone from in-person to digital.

TCC student Jacob Van Winkle is one of the 120 student volunteers, who helps wipe donated computers from big corporations like Sentara or Stihl and prepare them for the next user.

“It's to fill every need, and a lot of people need that right now,” said Van Winkle.

To possibly get one of the computers, TCC students or non-profits must fill out an application first. Then if they are approved, non-profits can buy a computer for $35 each.

Normally some students pay $25 for each computer, but because of COVID-19, students get the re-furbished computers for free.

Any money made during the process goes right back into the program, to buy items like computer chargers and hard drives for the systems.

"When you're talking to someone and they start tearing up and telling you thank you, you kind of have to crack jokes and say, 'OK' and start doing something so you don't get too emotional when doing this,” he said.

TCC Student Eniesha Osbourne picked up her computer that was donated to her and said, "This is an awesome idea and I just want to say thank you so much."

In addition, any donated computers that can’t be reused are scrapped for parts. So far the club’s scrapped about 139,000 pounds of gear they can't use. That's about $23,000 worth of parts that has helped provide money for getting all of the other tools and replacement pieces they need.

RELATED: This 16-year-old spends weekends teaching seniors to use the internet. Now, his work is more important than ever.