Time is ticking on Medicaid expansion 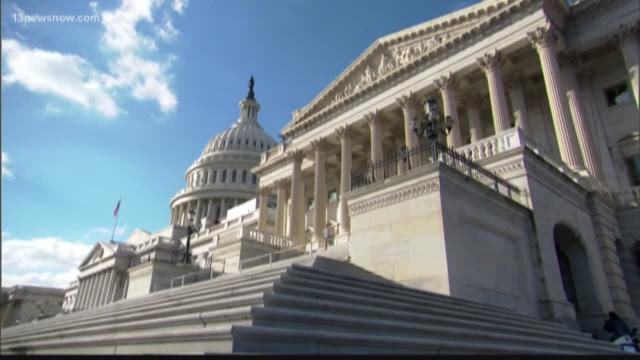 RICHMOND, Va. (WVEC) -- As the 2018 General Assembly session draws to a close Saturday, there is still a hot button issue that needs to be resolved – Medicaid expansion.

“Right now we’re working on it, but were no closer to resolving the Medicaid issue than we were 60 days ago,” said Senator Majority Leader Tommy Norment (R).

The Republican-led House of Delegates included Medicaid expansion in their budget despite years of opposition. The budget would extend health coverage to nearly 400,000 Virginians.

However, the Senate budget did not include a Medicaid expansion, resulting in a $600 million dollar difference that must be reconciled.

“We are playing party games, Democrats, Republicans, and that’s not right,” said Sen. Lionell Spruill (D). “Let's help those poor folks that need the money, that’s in the gap, that’s what we have not done yet.”

Senator Lynwood Lewis said expansion makes the most fiscal sense and is good economic and health care policy. He cited that 32 states have already expanded their Medicaid program.

“Virginias got absolutely no choice at this juncture but to go ahead and expand,” said Lewis. “It’s good for our citizens, it’s good for the economy.”

However, Norment said he’s strongly opposed to expansion. He said the program can’t sustain itself with an unpredictable Trump administration.

“I see the enhanced budget deficit increasing, I see the remarks coming out of Washington from the Trump administration where they clearly already articulated that it is their intention to reduce the Medicaid reimbursement,” said Norment.