Virginia Beach employees observed a moment of silence at 4:06 p.m. Friday to honor the 12 people killed in the mass shooting on May 31, 2019. 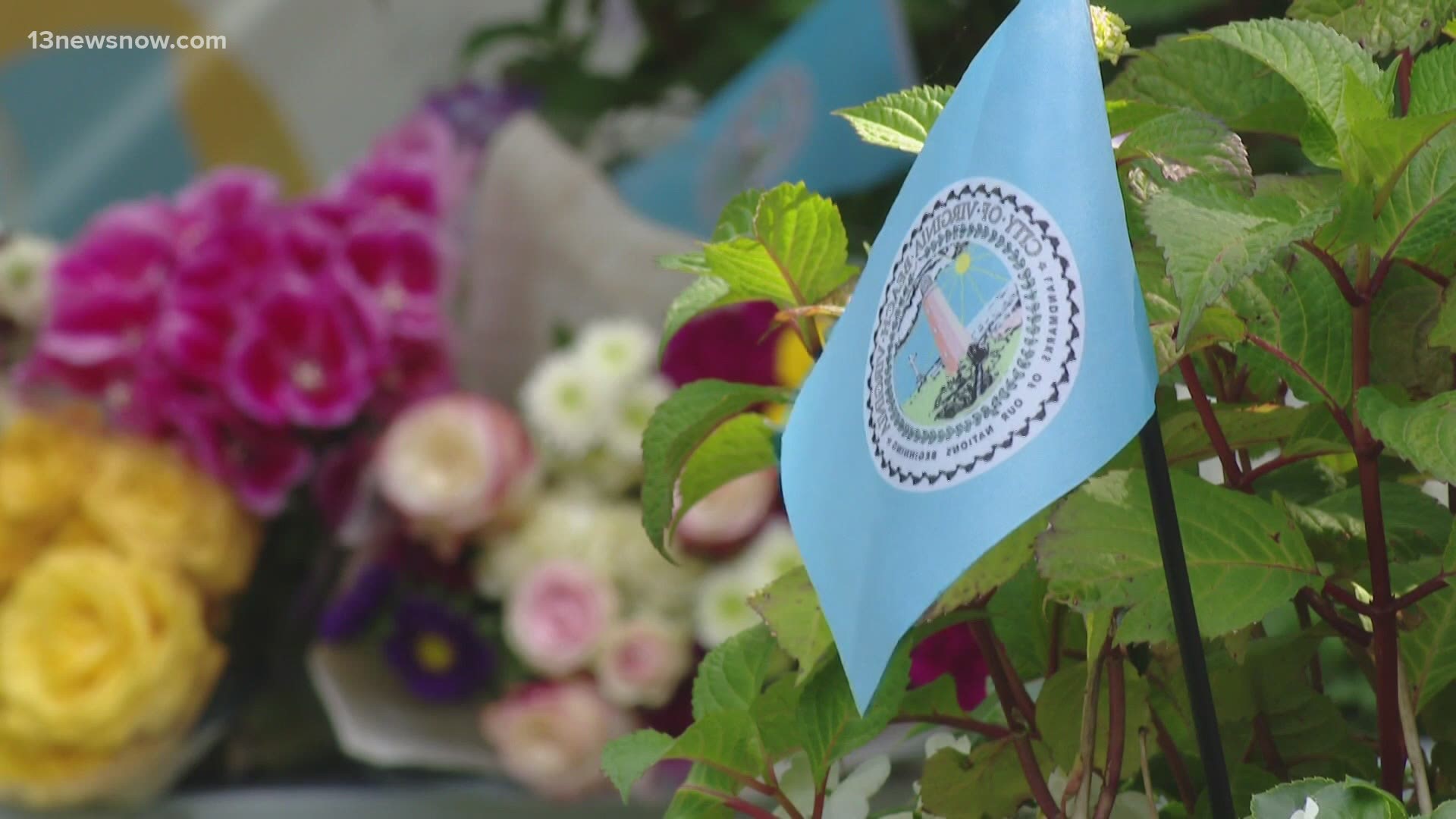 “We are still as a city, as a commonwealth, grieving and I remember it was a very surreal time,” he said.

Monday, May 31st, marks two years since a gunman opened fire at Building 2. It shook the Virginia Beach community to its core.

“I get to a day like today and I go, 'It's been two years.' But it's almost like being back that same day,” said Drew Lankford

“I can't ride by Building 2 or I run across something in the files. There is something that is going to remind you and I'm starting to believe your not ever going to really get over it,” said Lankford.

Lankford worked in Building 2 as a public works employee but wasn't there when the shooting happened.

“I was at a meeting at the Oceanfront and was on my way back and my daughter called and she was in Building 1,” he said. “All they told them was there is an active shooter, get under the desk. She was sobbing when I answered the phone.”

Lankford said he lost a lot of good friends and coworkers that day.

He said, “You never saw Rich without a smile. He was a Red Sox fan and I'm a Yankees fan and we would go at it. He was always looking to help someone and all the rest were the same way.”

The actual two-year anniversary of the Virginia Beach Mass shooting is on Monday. On Friday, many people honored and remembered the victims.

“It feels more like it today than it will on Monday. It's not so much the date on the calendar, it's the circumstances," said Lankford.

While the pain of losing 12 people will never get any easier, Lankford said he holds tight to the memories with coworkers that turned into friends.

Many people who showed up at the memorial at the municipal center told 13News Now that they were disappointed by the location and how the flower boxes didn't have the victims’ names.