He talked to the gunman just before he left work. "As far as I know, I was probably one of the last people to talk to him." 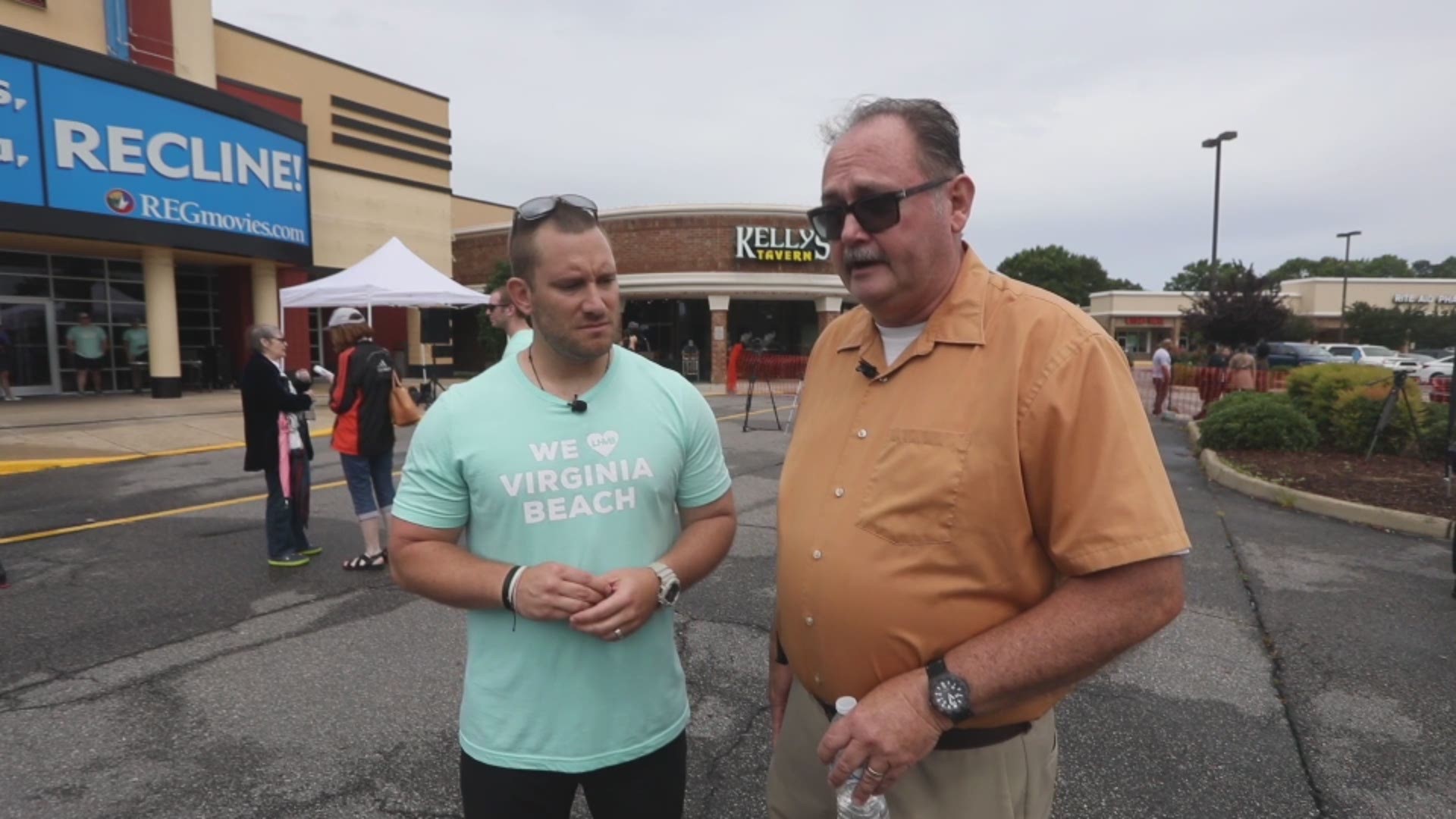 VIRGINIA BEACH, Va. — Joseph Scott was filled with emotion, knowing he was one of the last people to talk to DeWayne Craddock, the gunman who killed 12 people in a Virginia Beach municipal building Friday.

Virginia Beach Police Chief Jim Cervera said the suspect was a longtime employee of Virginia Beach Public Utilities who opened fire and shot "indiscriminately" at workers inside an operations building.

Police shot and killed the gunman.

Scott said it was a normal day until he heard the news.

"Yesterday was a great day until a quarter after four. I got the first phone call," he said.

"I had talked to DeWayne just before I left. As far as I know, I was probably one of the last people to talk to him. It was just a normal 'hi, how are you doing? Have a good weekend' thing. And I left."

He said he knew the suspect for 8 years.

Scott, who's worked at Public Utilities for 12 years and for the City of Virginia Beach for 37 years, said he didn't see any odd behavior from Craddock during their quick talk.

"There was absolutely no sign of anything different about him," he said.

Scott attended Saturday's prayer vigil in Virginia Beach and approached a pastor because "the one person that didn't get prayed for out here until we prayed in our circle was Dewayne Craddock and his family."

"He was a human too, and his family is hurting too," he said.

"He's not evil as I've heard him referred to already on the news. He was just another guy that had problems."

Scott is also dealing with the loss of his fellow coworkers.

"I lost at least six that I've worked with for years. There is no way to talk about that."

He's hopeful that the community and the city workers come together and heal.

Scott said he doesn't know if he'll be able to walk back into the Public Works building again.