One week after a shooting at the Virginia Beach Municipal Center killed 12 people high school students gathered to rally against gun violence. 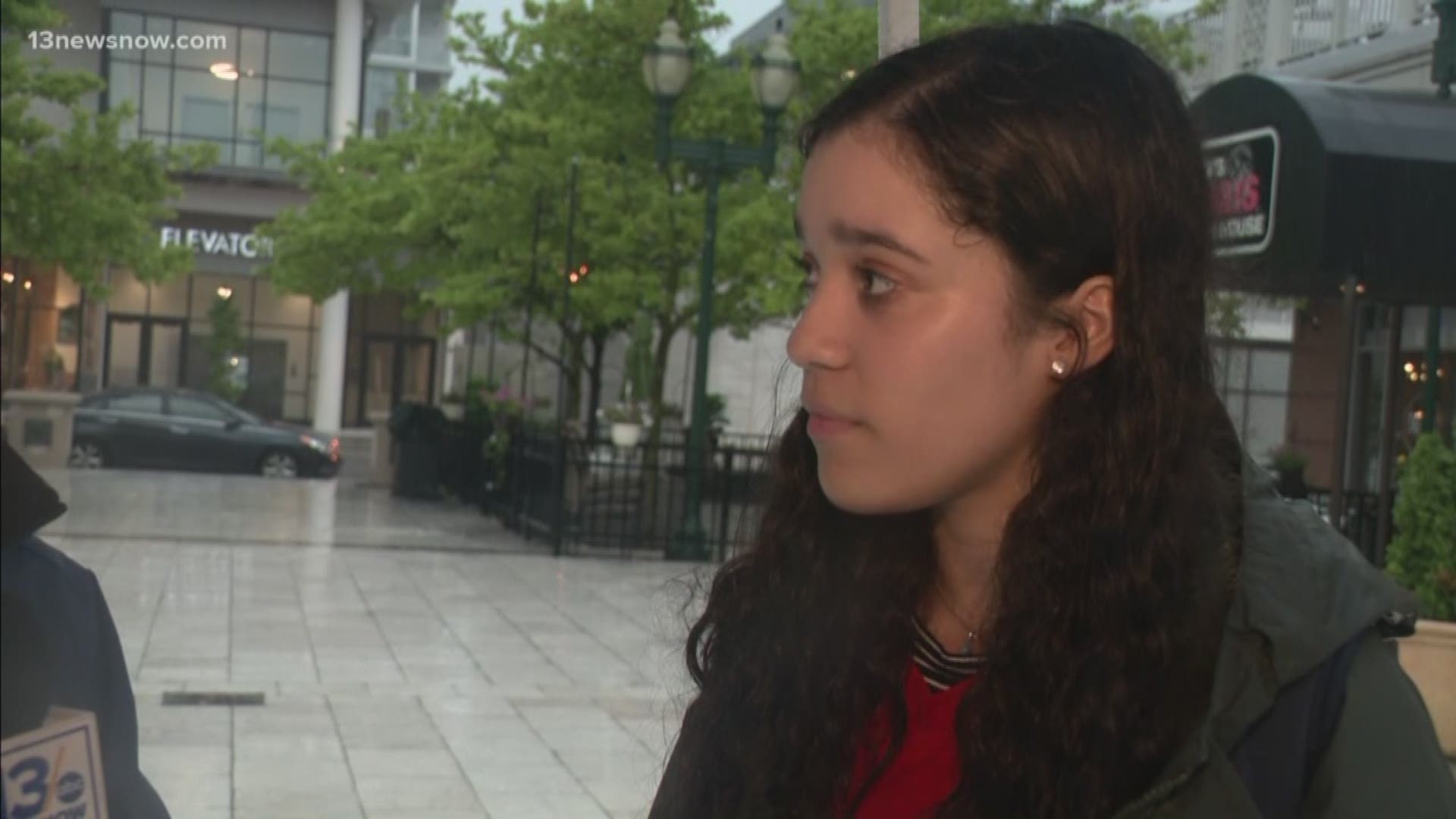 The students said they've grown up with too many of these mass shootings.

"We just wanted to come out to bring the community together and our elected officials to realize what's going on in our communities and that this tragedy that happened on Friday should not be normal. It is not something that we should get used to and it should never happen again," said Princess Anne High School student Arlyn Brown.

Delegate Cheryl Turpin joined the students as they demanded action against gun violence.

"When innocent lives are lost for absolutely no reason, I think reaching across the aisle should not be an issue on any level of government. We need to change the way things are going because innocent lives and our communities are being kind of destroyed in a way," said Brown.

They wanted to promote awareness about gun violence one week after another mass shooting killed 12 people in Virginia Beach. They did the same thing last year after the Parkland High School shooting.

"We just wanted to let everyone know about gun safety measures that we can bring about in our community to just help out and change the way our country is headed," said Brown.