On October 12 and 13, Hunt Club Farms is partnering with the United Way so that a portion of each daytime ticket sold will go to the Virginia Beach Tragedy Fund. 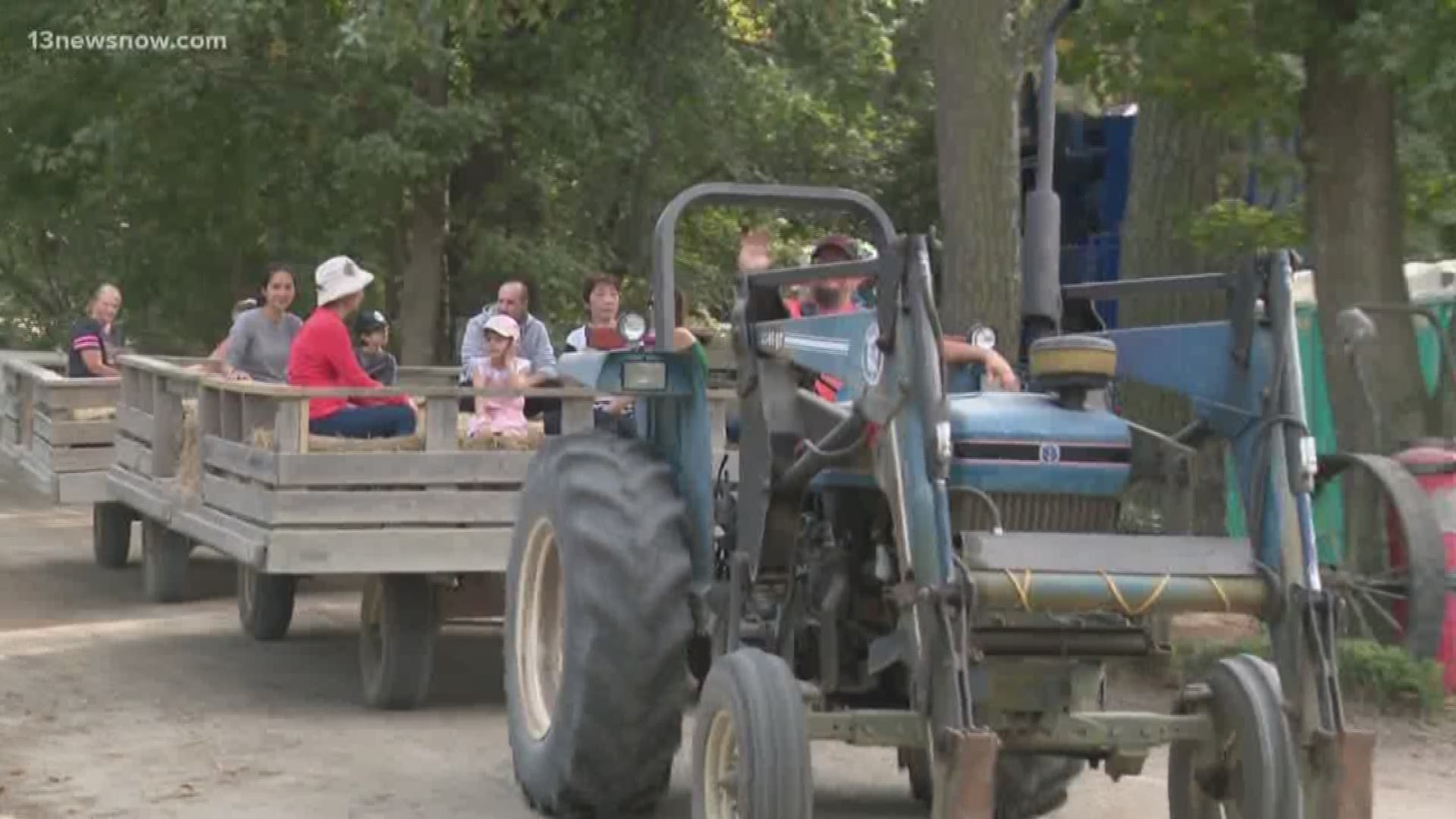 VIRGINIA BEACH, Va. — Hunt Club Farms partnered with the United Way to raise money for the Virginia Beach Tragedy Fund and the event is just around the corner.

On Saturday and Sunday, October 12 and 13, a portion of all harvest fair tickets sales from 10:00 a.m. until 6:00 p.m. will be donated to the Virginia Beach Tragedy Fund.

So far, the United Way received more than $4.3 million in donations for the fund, but in recent months, the donations had grown sparse.

Jasmyn Serrano said she hopes people come out to celebrate fall for the good cause.

“We don’t realize that our lives continued and other people’s lives have completely stopped," said Serrano. I think it’s important to celebrate fall here this weekend because of the recent events that have happened. It’s going to help bring the community together and just uplift families."

RELATED: They will walk more than 2K miles in the name of VB Strong

“It’s definitely important for the community to show that we’re still VB strong, we’re still here, we’re still thinking about the victims and the tragedy that has happened,” said Brinkman.

Brinkman said that if people can’t make the event, they should still consider donating.

“It’s still important just to keep pouring those donations in. Whether you come to Hunt Club farm this weekend, or whether you simply donate yourself, those families are going to be affected the rest of their lives,” said Brinkman.

The United Way will also have a table set up at the event where people can donate or learn about ways they can help.

Lawyer Jeffrey Breit is tasked with dividing the fund money between the families and in July he said that he hoped the money would keep funneling in so that he could disperse it by November 1.

“I'm meeting with the 16 families, as much time as they need and trying to determine their need. How much money can I use out of this money to help the families? I would hope that within 60 days, I would have finished everything I need to do with these families to make the determinations. I would like to think we'd be collecting money for six months,” said Breit.