"Despite exhaustive investigative work and in spite of unsubstantiated rumors and accusations, it appears we may never know why he committed this heinous act." 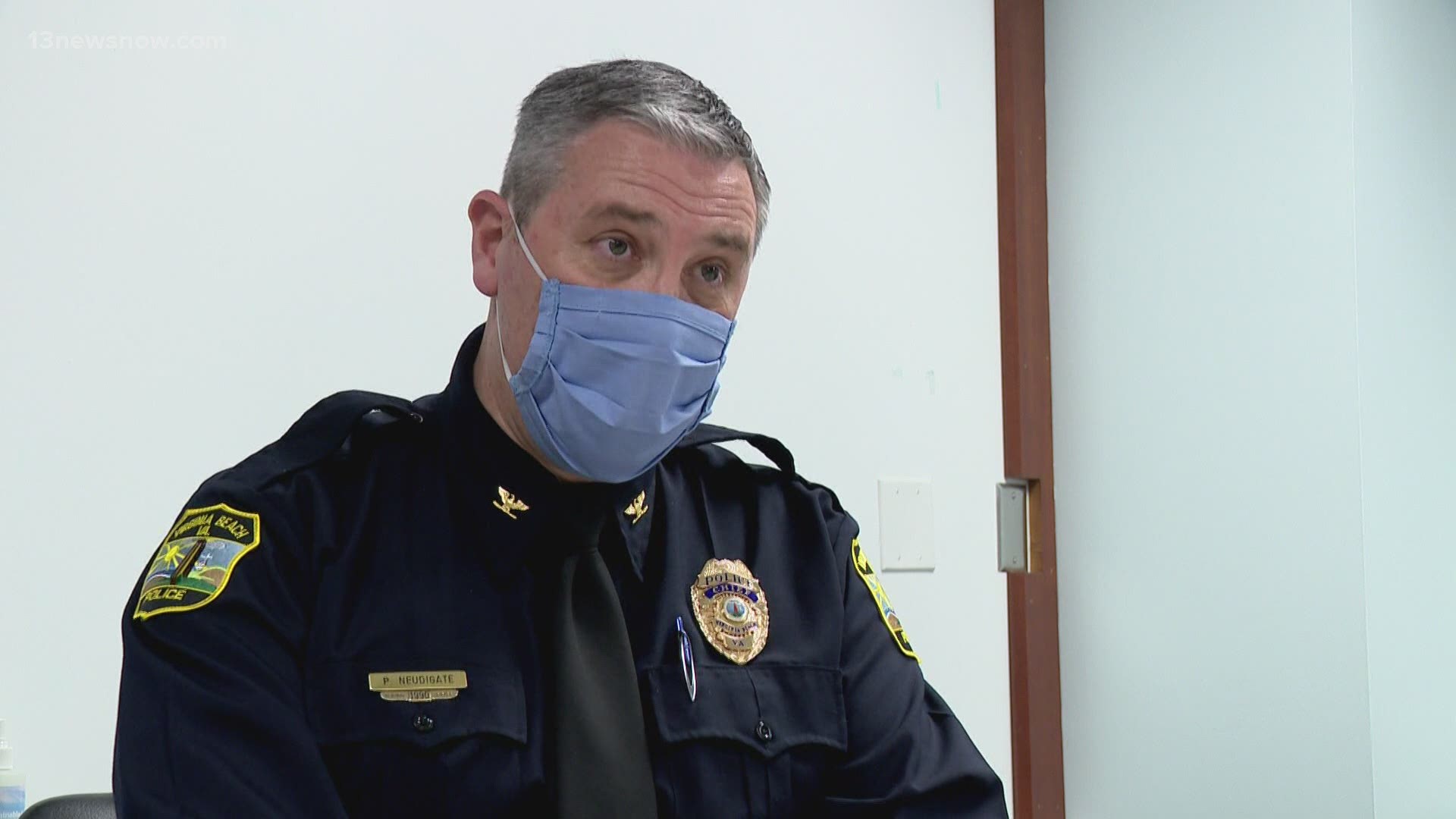 VIRGINIA BEACH, Va. — The final summary report on the police investigation into the 2019 mass shooting at the Virginia Beach Municipal Center concluded that authorities couldn't find a motive for the incident.

The city released the report Wednesday, which detailed the Virginia Beach Police's findings of the shooting spree that took place more than two years ago where 12 people died, along with the gunman who was a city employee.

City Manager Patrick Duhaney sent families that report Wednesday morning which stated that police couldn't figure out the suspect's motivation for the shooting.

In the letter to families, Duhaney stated, "Investigators deliberately and methodically processed evidence, conducted interviews, ran tests, and tested theories. While this report details the events of that day, unfortunately, no evidence was found that shed light on the shooter's motivations. We know this is one of the most difficult findings to accept and we know you may still have questions."

The 47-page report provides a detailed timeline as well as diagrams of Building 2's interior and exterior that show how the gunman navigated the building during the shooting. Police also revealed their findings into the suspect's background.

Even though the report provides a clear, thorough summary of events, it states that the suspect "left no note nor any other account that would explain his actions."

There's one item investigators couldn't check for details on the shooter's motivations. The Virginia Beach Police, Virginia State Police and the FBI all couldn’t crack the gunman’s personal password-protected tablet.

“We would love to be able to get into that device, to make sure there’s not a smoking gun and give the community the answers that they want," said Virginia Beach Police Chief Paul Neudigate.

The report also says the gunman chose not to shoot a coworker after he had an emotional conversation with that coworker earlier in the day, but Neudigate said that conversation was unrelated and didn’t motivate the shooting.

“We can look the community in the eye and say we feel you, we want to understand why this occurred but, unfortunately, it does not exist and we’ve done everything we can to try and determine motive," he said.

The final report says the shooter became isolated after a divorce from his wife two years before the shooting, and it confirms that he looked up other mass shootings before the attack.

Here's what the report's conclusion, in part, states:

"The evidence is clear that the suspect was a very private person who shared little personal information or feelings with coworkers. Despite exhaustive investigative work and in spite of unsubstantiated rumors and accusations, it appears we may never know why he committed this heinous act.

VBPD’s continuing investigation focused on the suspect’s personal and professional life, particularly his relationships with coworkers to determine what motivated the suspect to commit this act and if he gave any indications of his intentions prior to May 31, 2019.

All persons who were known to be present or possessed helpful information were interviewed, and all evidence was reviewed and analyzed. This included cell phone records, emails, computers, an iPad, and City phone records involving the suspect. Despite careful and meticulous inquiry, the investigators were unable to identify what motivated the suspect to carry out these shootings. They were also unable to identify any possible co-conspirators or persons with prior knowledge of the incident. They could not identify any specific actions, statements, or documents that would have allowed a reasonable person to believe such an incident would occur."

Read the full report below:

Authorities state they conducted more than 1000 interviews with hundreds of citizens and family members, none of whom witnessed the shooting from start to finish.

Previous investigations into the shooting also couldn't find a motive, including a probe that was conducted by independent firm Hillard Heintze.

The Hillard Heintze report described the shooter's background, stating that he was isolated and paranoid, felt he was being treated unfairly by the city and had problems with work performance. However, the firm could find "no definitive motive" for the shooting.

Another report -- an interim investigative executive summary -- was released in April 2020 to give the city of Virginia Beach an update on the status of the police investigation at that time.

"Our detectives have dedicated countless hours identifying the who, what, where, when, and how of this senseless tragedy," wrote Acting City Manager Thomas Leahy in a letter to city council. "Unfortunately, the answer to 'why' may be something we will never know."

Virginia Beach Police stated in the executive summary that there is no reason "why the suspect selected specific victims and spared others.” The report rejected a theory that the shooter decided to kill coworkers based on a denial of a promotion, saying he never applied for a promotion and didn’t compete with shooting victims.

At that point, police had signaled that they would not release the full report when they concluded their investigation, but would release a report summary instead.

The department said releasing the full report would "expose the victims and their families to unnecessary additional trauma." Critics, including some family members of victims, called for "full transparency" and the release of the complete investigation.

Several agencies assisted Virginia Beach Police in their investigation, including the FBI, which provided police a behavioral analysis report of the shooter and a specialized reconstruction of the shooting. 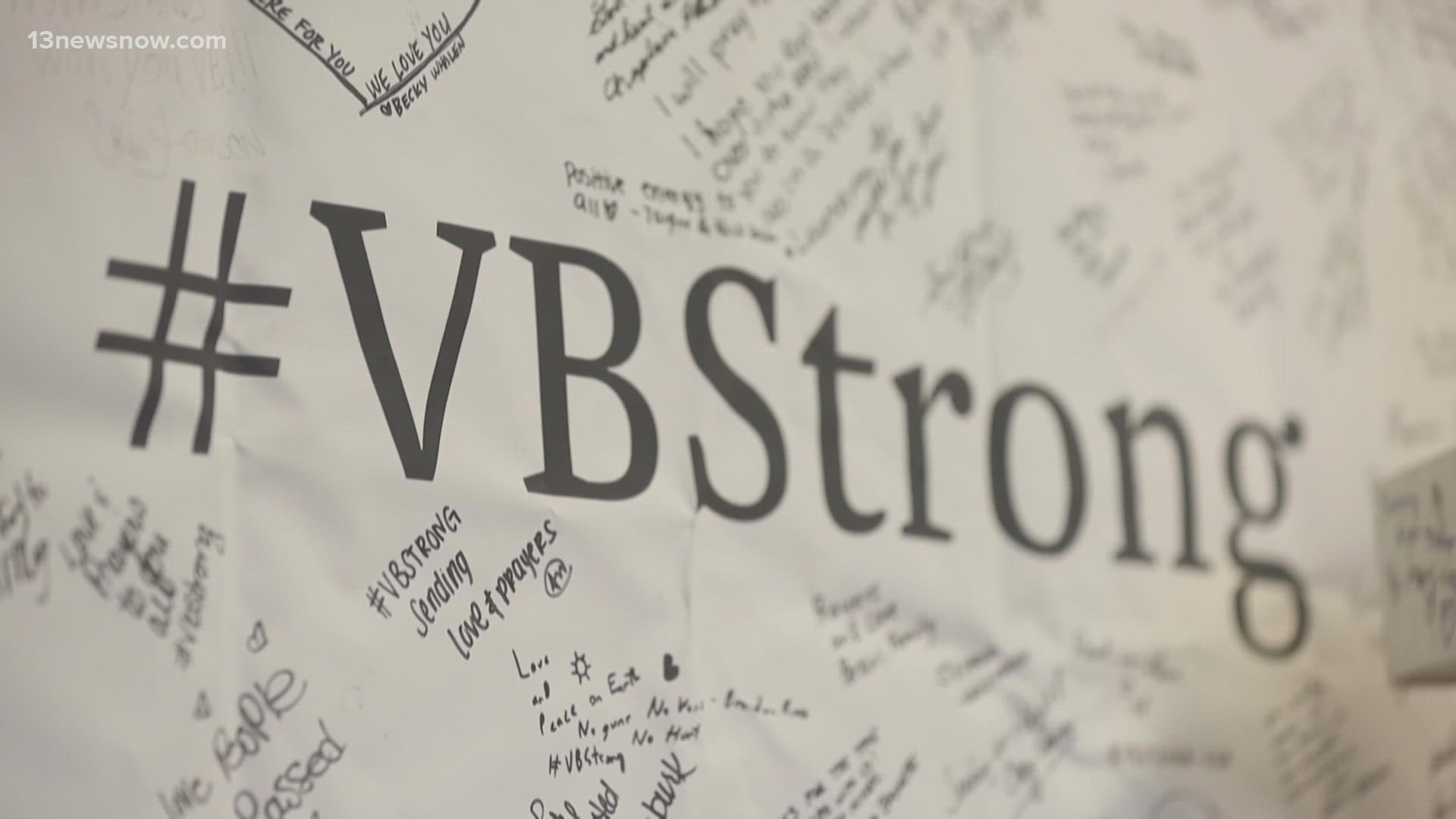