Denise Smallwood said her family thought life would get better after the vigils and funerals but instead things have only gotten worse. 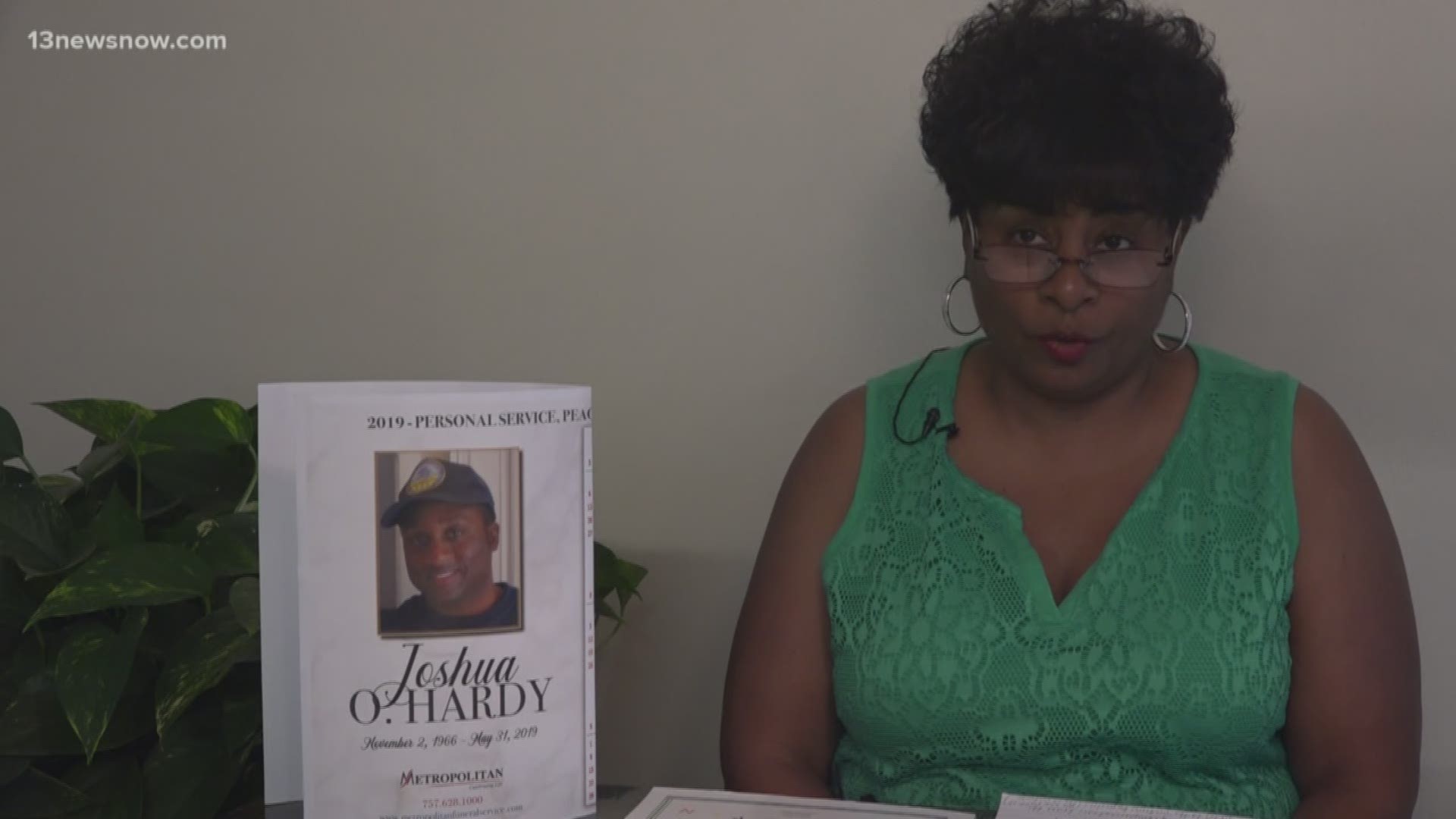 VIRGINIA BEACH, Va. — Denise Smallwood keeps playing the events of May 31 through her head.

She heard there was a mass shooting inside Building 2, the same building her twin brother, Josh Hardy, worked in as an engineering technician.

“He was just a kind person, a loving person, he meant everything to us,” said Smallwood. “We kept texting him and calling him, but no response. We actually thought that maybe he was one of the injured.”

Smallwood would soon find out Josh was one of 12 people shot and killed. Then a few days later a witness contacted the family with some of the details from inside.

“We have been told my brother was shot 10 times because he was saving his co-workers,” said Smallwood. “Josh had two opportunities to escape, but instead he helped people.”

Smallwood said her family thought life would get better after the vigils and funerals but instead things have only gotten worse.

“We really want an independent investigation done, we want to know the truth about what really happened to my brother,” said Smallwood.

She believes there is information about the shooter the city is not releasing.

“It seems as though they are more concerned about the city of Virginia Beach and not these families,” said Smallwood. “This shooter, I won’t say his name, I just believe he had on-going problems.”

Mayor Bobby Dyer said the city is awaiting the criminal investigation to be complete before deciding whether an independent investigation is necessary, but Smallwood said she feels left in the dark.

“I just feel like they should come out and talk to each individual family with details, nobody is telling us anything,” said Smallwood.

She clutched the children’s book that her brother wrote. She said families of all 12 victims are holding onto mementos just like this and they all deserve answers.

“Our brother was a public servant who was tragically killed in the line of duty. If that had been a police officer or firefighter, I just think things would be handled differently. My brother was considered a hero. He saved people,” said Smallwood.