The organization held a press conference with the developments surrounding the Virginia Beach Tragedy Fund. 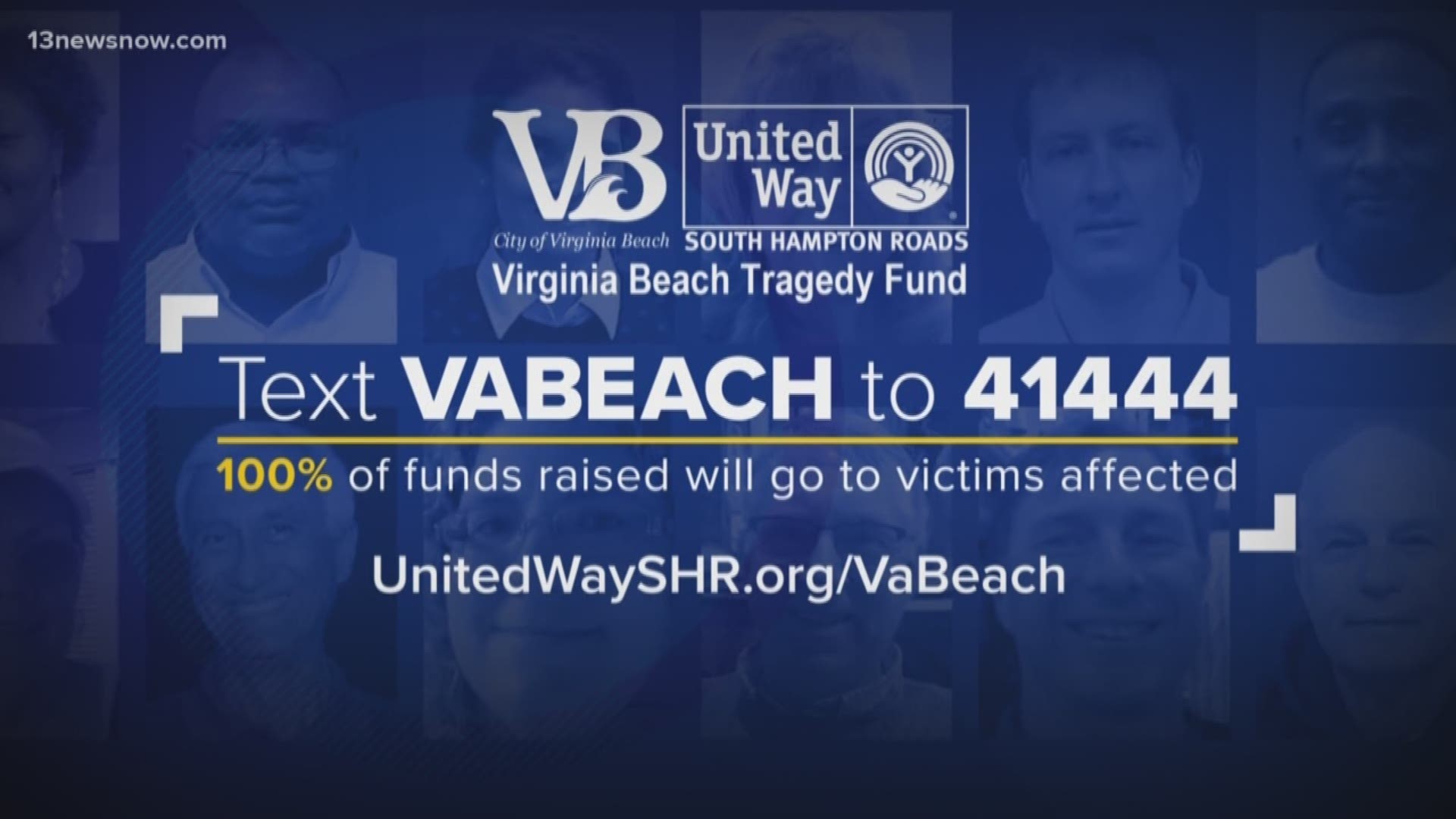 NORFOLK, Va. — A fund created by the United Way of South Hampton Roads has raised over $4 million for the victims and their families after the mass shooting on May 31, 2019, at the Virginia Beach Municipal Center.

That was one of the big takeaways in a press conference Tuesday, where the organization discussed recent developments surrounding the Virginia Beach Tragedy Fund.

For starters, the organization announced, to protect the victims and their interests, it has partnered will local attorney and victims advocate, Jeffrey Breit, who has offered his services pro-bono to help with the distribution process.

"We were honored to stand with the Virginia Beach community in some of their darkest days," Glynn said.

During the press conference, it was announced that over $4 million was raised for the victims and their families. The only bill directly that the United Way of South Hampton Roads paid for were funeral expenses, which totaled $340,217.65.

A small number of funds will be left over after the second disbursement, and the fund is still receiving money, so a third disbursement of the funds will take place in a few months.

He said some, now have family members with permanent disabilities. Others have financial burdens like car payments their loved one handled, but aren't around to take care of anymore.

"Yes they have to heal their family, but trying to take some of the financial burdens off their plate was really important," he said. "I think they really are excited knowing that they don't have to worry about that one more thing."

He even connected victims' families to one another along the way.

"They've gone through something horrible together. Every one of them knew each other," said Breit.

The Virginia Beach Tragedy Fund will remain open as long as it is actively receiving donations. The United Way of South Hampton Roads said funds usually stop after six months.

Click here to learn more about United Way of South Hampton Roads or to make a donation to the fund.