As we mark one year since the shooting at the Virginia Beach Municipal Center, we look at the mottoes that helped show support for the city and its people. 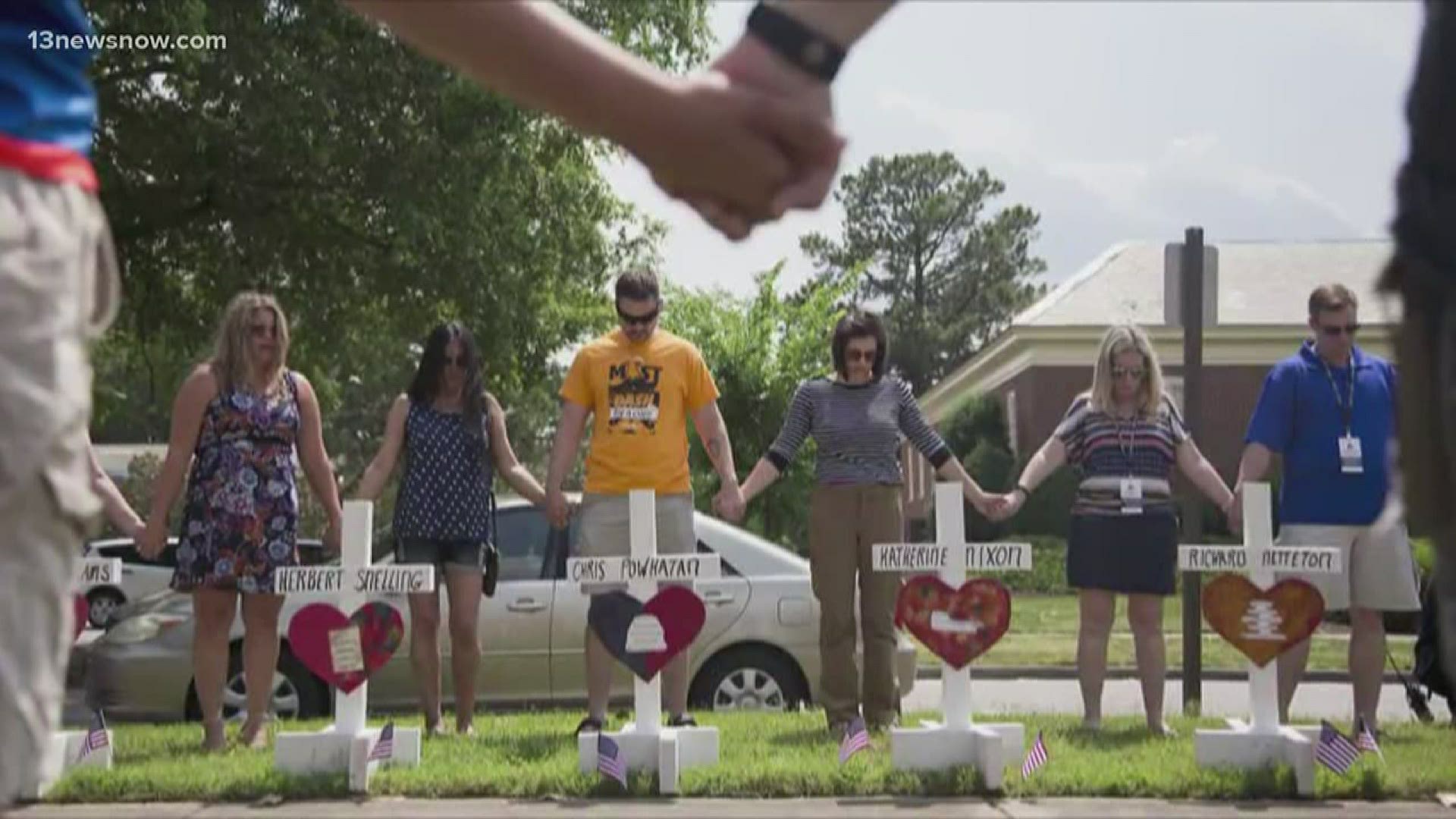 VIRGINIA BEACH, Va. — The Virginia Beach community was, and still is, in pain, but that doesn’t mean it has to be defined by it.

Sunday marks one year since the tragedy at the municipal menter. Twelve people were killed when a disgruntled former employee opened fire in Building 2 on May 31, 2019.

“Everybody is reliving it over and over in some way or another,” said Drew Lankford, a spokesman for Virginia Beach Public Works.

Lankford was one of the first people on scene following the shooting and spoke to 13News Now live on air when it happened.

“It was that stunning realization hitting everybody,” said Lankford. “It can happen here... but we have to stick together.”

That sentiment of sticking together spread quickly, with #LoveForVB and #VBStrong becoming ways to help guide the city through its darkest days.

A year later, both still resonate.

RELATED: One year later, we remember those who died in the Virginia Beach Municipal Center shooting.