He's giving away a free poster to anyone who donates to the United Way Tragedy Fund for the victims of the Virginia Beach mass shooting. 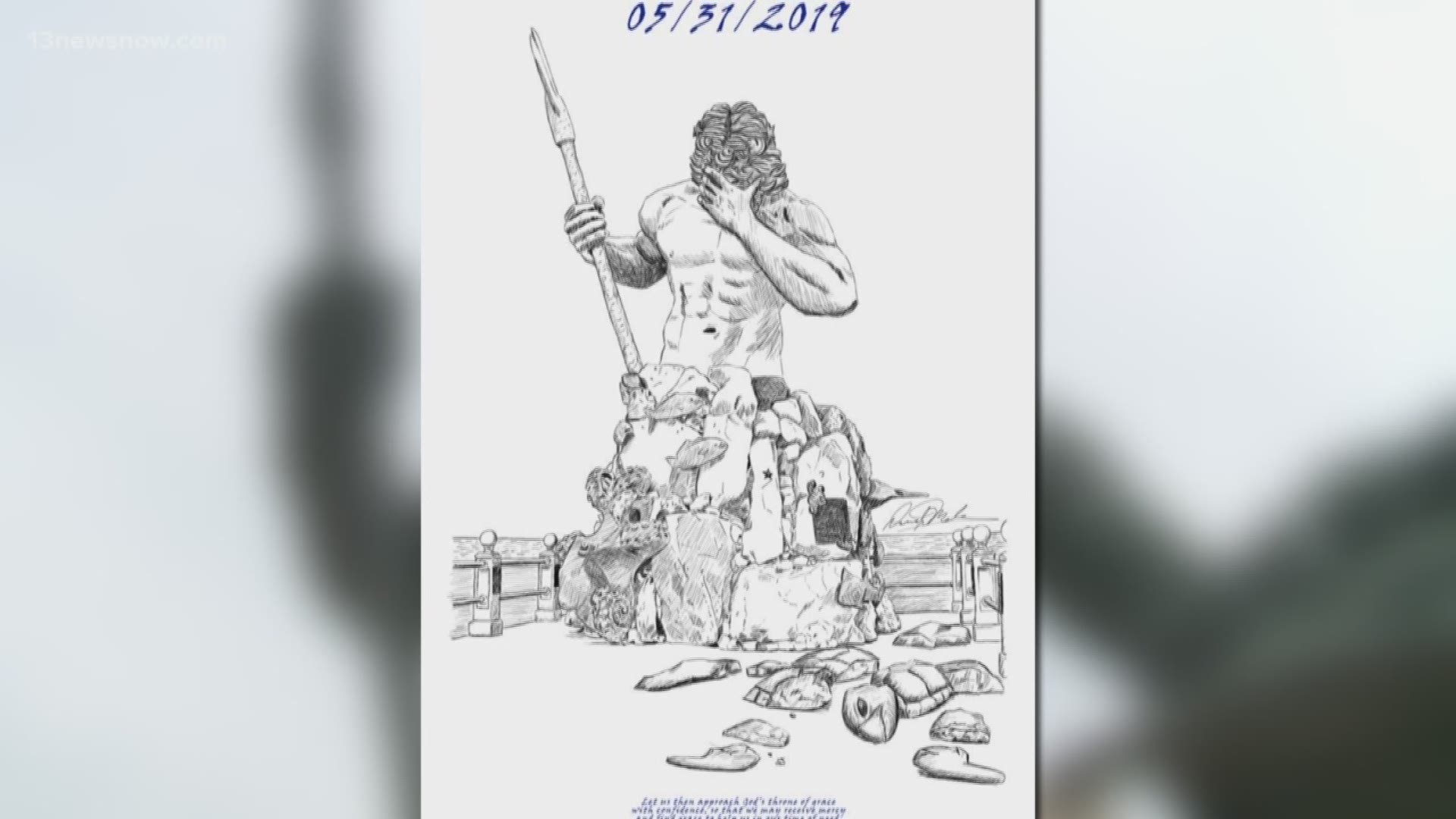 VIRGINIA BEACH, Va. — An artist drew King Neptune in a way he’s never been before.

Rather than towering proudly over the city of Virginia Beach, the drawing of the Neptune Statue shows King Neptune in mourning as the city tries to grapple with tragedy.

Dan Malana, a Computer Graphic Artist for DuPont in Virginia Beach, sketched the drawing on his iPad.

“I wanted to depict the sorrow that everybody was feeling. The sadness, because of the tragedy,” said Malana.

That sorrow is displayed in the way King Neptune's hand is placed over his face.

A sea turtle on the ground is shattered into 12 pieces. Each piece represents the 12 victims killed in last week's mass shooting.

“The first person I showed the picture to, she just started crying,” said Malana.

“It’s touched a lot of people.”

He initially told people about the drawing in a Facebook post. From there, people from Virginia Beach and around the country started reaching out in hopes of getting a poster of it.

Beyond paying tribute to the victims through art, the drawing is also helping their families.

Malana is giving the posters away to anyone who emails him after they donate $20 or more to the United Way Tragedy Fund for the victims. All of the funds raised will go to the victims affected by the tragedy.

Jones Printing, a family-owned business in Chesapeake offered to print 100 of posters for free.

It’s just one example of how people in the community have found ways to help in the midst of a tragedy.

While #VBStrong is the message that the community has shared, Malana's goal was for the drawing to portray something different.

The drawing resonates with how he and others are feeling.

“I saw all those pictures on social media saying that we're strong, but there's also time to grieve,” said Malana.

If you've donated to United Way and would like a poster, contact Malana at danmalana@verizon.net and type "VBStrong" in the subject line. Include a receipt of the donation in the email.