“I can’t help the families. But I can at least remember each one of them." 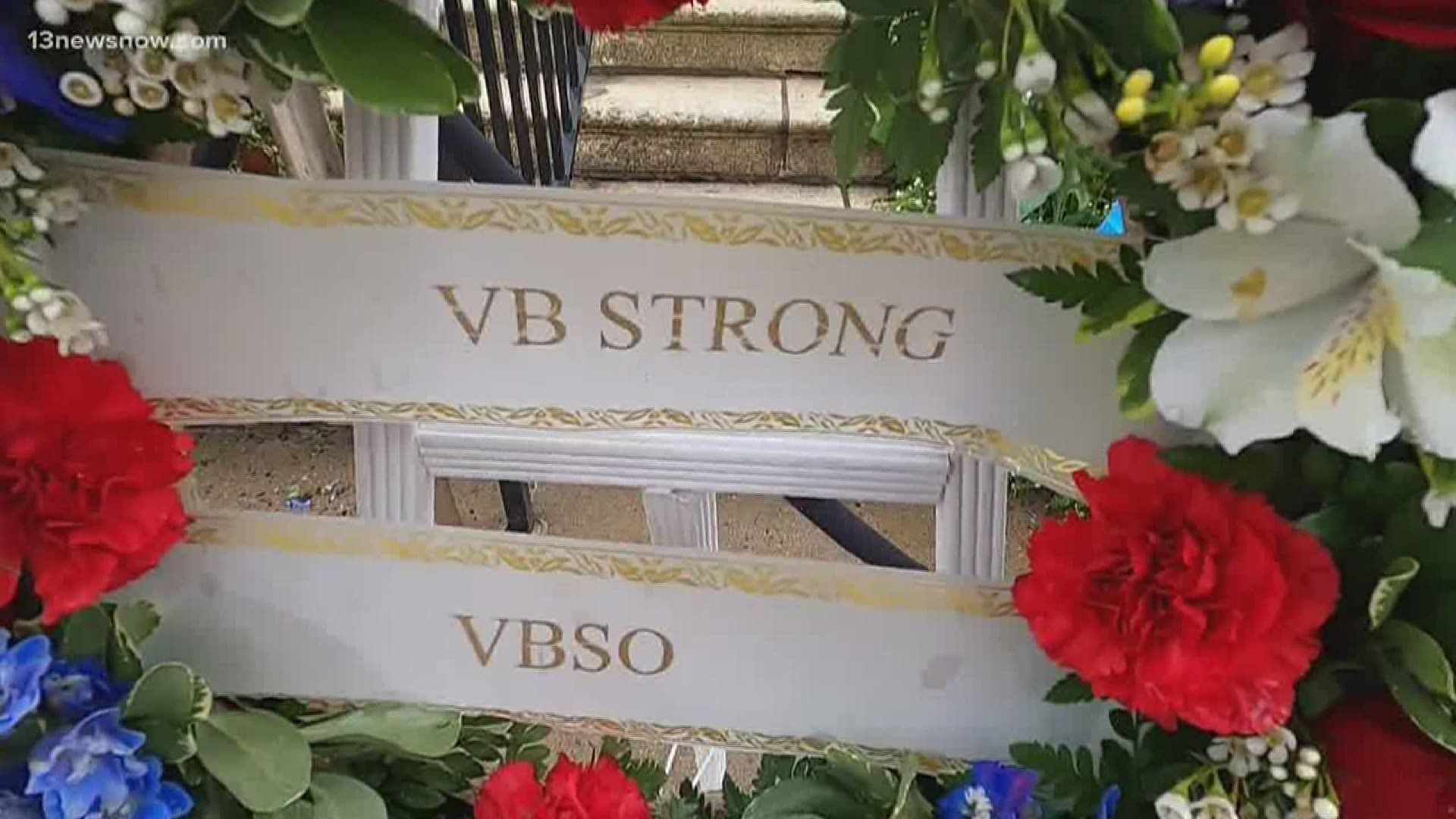 VIRGINIA BEACH, Va. — All across Virginia Beach, the community remembered together on Friday.

The City planned two tributes for the first anniversary of the Virginia Beach mass shooting. They had displays at Building 2 and Mount Trashmore.

Every day since May 20, Thom Metz visits the Forget-Me-Not Memorial at Mount Trashmore.

“I play a lament and I always end with Amazing Grace,” Metz said.

Metz is a pipest and honors each victim of the mass shooting with his bagpipes. It’s a passion he shared with his friend Christopher Rapp.

“I miss his smile more than anything else,” Metz said.

“To be here is very important and I think our citizens have come together this year,” said Former Virginia Beach Police Chief Jim Cervera. “We have a magnificent citizen base.”

Cervera was one of many who gathered at Building 2 to reflect on Friday. The city held a moment of silence at 4:06, the time the first 911 call came in last year. People left flowers and some of the victim’s families placed flags.

“It’s an eerie feeling to be back here,” said Jason Nixon.

Jason Nixon brought his daughters by to honor their mother, Kate.

“I can’t believe it’s been a year,” Nixon said. “It doesn’t feel like a year. Nothing is changed. She is still gone.”

By nightfall, despite the clouds, 12 beams of light shot into the sky to remember each soul lost.

The light display at Building 2 will shine every night through Sunday.

RELATED: One year later, here's what happened with the Virginia Beach Tragedy Fund