Almost 500 employees have filed workers' compensation claims in relation to the shooting. City leaders are acknowledging a "disillusionment period." 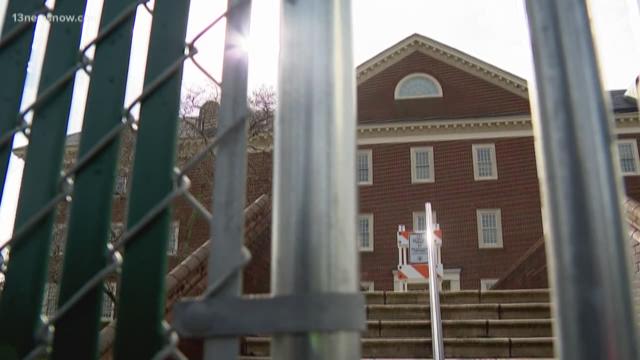 VIRGINIA BEACH, Va. — Virginia Beach city leaders are acknowledging a "drain" on city employees in the recovery efforts from the mass shooting on May 31 at Building 2 in the city's municipal center.

"Give us time, give the employees time to get through this disillusionment period," said Mark Johnson, Director of Public Works for the City of Virginia Beach.

In a "May 31st Recovery Update" presentation to city council Tuesday, Acting City Manager Tom Leahy said retirements for people who worked in Building 2 have increased by 40 percent since the shooting.

“The retirements, combined with the tight labor market and tendency for more frequent job changes among younger workers has resulted in vacancy rates in these departments ranging from 10 to 13 percent," Leahy said.

Leahy said normal vacant rates are around 4 to 6 percent. He said the exodus is straining the workforce.

“It’s a knowledge drain as experienced employees are leaving, it puts larger workloads on the existing workforce - including the very time-consuming effort of recruiting and onboarding employees to fill the vacancies," Leahy said.

Johnson acknowledged some difficulties. He said the recent lobbying effort and vote in favor of a Second Amendment rights resolution was hurtful to many employees.

"I'll tell you, the Second Amendment issue tanked a lot of people, and they're coming out of that," Johnson said at the presentation.

In total, 489 city employees have submitted workers' compensation claims in relation to the shooting. City staff members are reviewing the recommendations from the Hillard Heintze Independent Investigation into the shooting and plan to present a new plan of action in February.

"The realization is that there are limits to assistance and recovery is going to be a very slow, evolving process," Leahy said in his presentation.

Mayor Bobby Dyer and Vice Mayor Jim Wood said they will lobby state legislators in Richmond on Wednesday for state assistance and funding for the recovery efforts.

This includes a potential $10 million grant and a $20 million low-interest loan that Dyer and the city council previously asked for.