“I noticed there was somebody on the ground and I was confused," said witness Doug Erickson. "I didn’t know what was going on... I knew he needed help.” 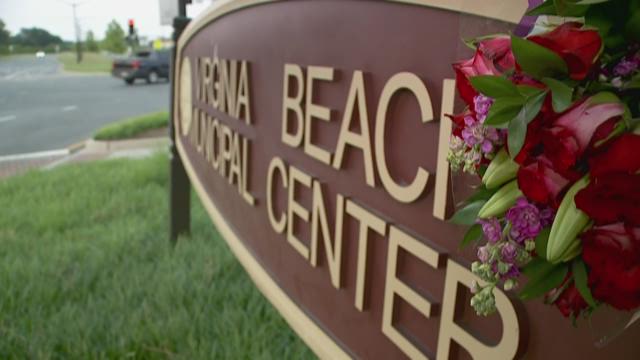 VIRGINIA BEACH, Va. — Less than 24 hours after the worst shooting in Virginia Beach history, Doug Erickson sat in his Virginia Beach home, took a deep breath and recalled the moment he found one of the first victims.

Thinking back to around 4 p.m. Friday afternoon, he pulled up to the Municipal Center Building Two. As a plumbing contractor, he needed to get some permits. A mundane task he had done dozens of times before.

“I had my check in my hand, my paperwork in my hand and I was there to get my permits and call it a weekend,” said Erickson.

As he walked up the stairs to the building, he noticed something odd.

“I noticed there was somebody on the ground and I was confused," said Erickson. "I didn’t know what was going on... I knew he needed help. So I tried to call 911 and couldn’t get through so I tried to run up the stairs and get in the building, Building Two, and there were people yelling at me to leave, flee, run, and I was confused because I wanted to help the guy.”

Then Erickson said he heard sirens.

“It’s a good thing,” Erickson thought to himself. “You know help is coming, an ambulance is coming. I didn’t realize it was, ‘Yeah, help was coming…but it was coming in masses because of an event like that.’”

Before he knew it, Erickson said police started using his car as shelter, their guns drawn towards the building. Officers screamed at Erickson to run across the street into the post office.

Once inside the post office, Erickson said he stood among city employees as they swapped stories. Some said they were face to face with the alleged shooter and were confused as to why they were still alive. Others were trying to find out if their colleagues were okay.

“I was sweating profusely,” said Erickson. “I’m sure I was very flushed at one point, I was shaking. When I was with the chaplain, I was in tears with everyone else.”

Erickson said he doesn’t know why his life was spared. He said he later learned the man he found on the ground was among one of the 12 victims.

“Just the whole shock of everything…trying to understand why I wasn’t there a minute or two earlier and could have been a victim,” said Erickson. “I just hope that there’s a reason you know, a higher reason.”