Kevin Martingayle said that Kate Nixon previously told her husband about safety concerns with the shooter and another worker. He now wants an outside investigation. 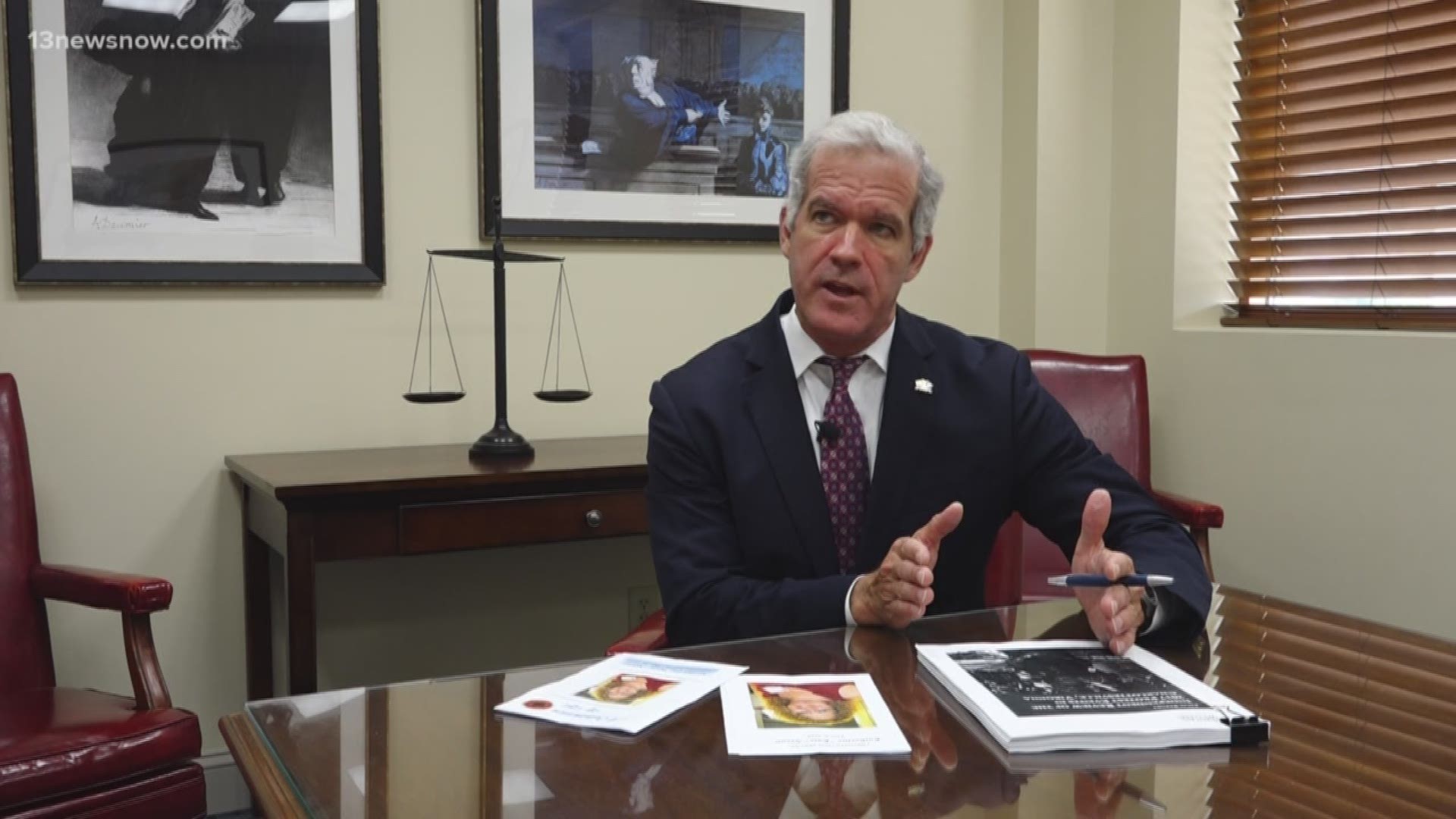 VIRGINIA BEACH, Va. — The attorney for the family of a victim in the municipal center mass shooting has demanded an external investigation into what led to the slaying of 12 innocent people.

Kevin Martingayle told 13News Now that Kate Nixon previously told her husband about concerns with the shooter and another co-worker. He said it proved the need for more information outside of police and FBI.

Martingayle said he has received information that the shooter had a history of trouble.

"The information we have is that he was not very good at his job and had been the subject of some write-ups in the past," said Martingayle.

City Manager Dave Hansen previously told reporters that the shooter and former Public Utilities worker, DeWayne Craddock, resigned the day of the shooting, but did not face any disciplinary action.

Martingayle said Nixon's husband explained that the mother of three and engineer discussed carrying a gun to work for protection. It was because of concern over the shooter, but mainly another worker who was set to be fired, Martingayle said.

"The Nixon family feels that it is frankly disrespectful to pretend that an investigation shouldn't get started immediately," said Martingayle. "They think that this is a right now moment."

City spokeswoman Julie Hill told 13News Now it is up to city council to make a decision on the matter, but it is premature as the criminal investigation is ongoing.

Martingayle wrote a letter to city council members but said he has only heard back from John Moss, who told him it was not the appropriate time for an outside investigation.

Multiple calls were put into the Mayor and council members, but 13News Now has not heard back as of Tuesday evening.