They're giving people a permanent tribute to the city they love. They've raised more than $12,000 so far. 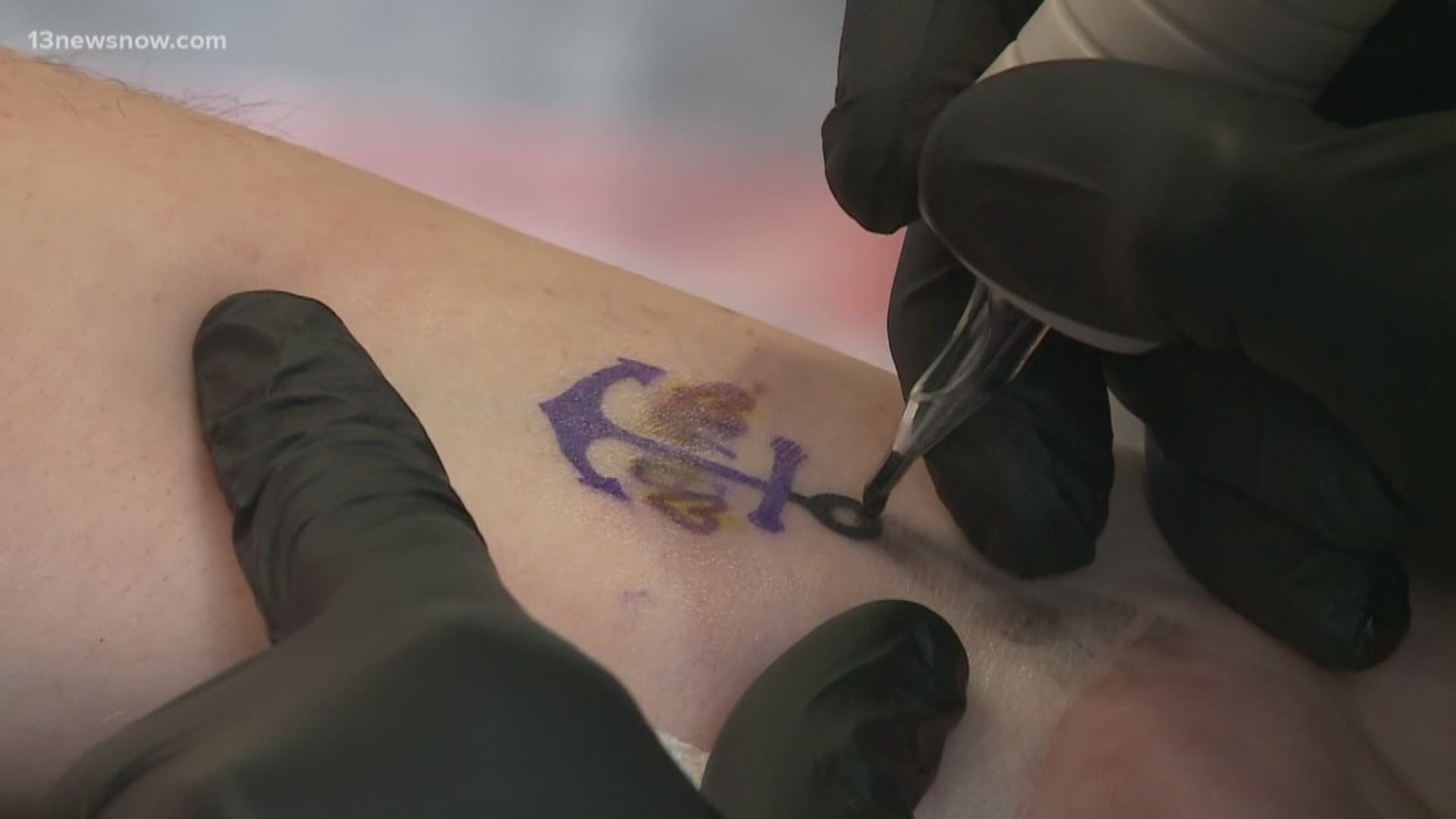 VIRGINIA BEACH, Va. — A Virginia Beach tattoo shop is paying tribute to the victims of the mass shooting at the municipal center in their own unique way.

Sandbridge Tattoo is raising money for the families of the victims by giving tattoos, and they’ve seen everyone from survivors to first responders.

"I was there and witnessed most of everything," said Heather Lindley.

She works on the third floor of Building 2 at the Virginia Beach municipal center, where the shooting happened.

As the gunman opened fire, Lindley hid behind a filing cabinet hoping he wouldn't see her.

"It was pretty scary. I didn't know if he was going to come around the corner and find me," she said. "He did almost see me. I was going to go to the bathroom and I didn't know anything happened. I saw him shoot into an office and ran behind a file cabinet and just stayed there."

Lindley got a blue anchor tattooed on her arm, a sign of stability and hope, and a reminder of what she survived and the co-workers she lost.

"They're all carrying something they weren't carrying before. You can tell by talking to them and hearing their stories," he said. "First responders, people who were in the building, employees. I guess a lot of people can't talk about it."

They can't talk about it, but it's something that's very much a part of them.

The anchor is one of two designs offered by Sandbridge Tattoo to pay tribute to the victims. The other is a heart, a symbol of love. Both cost $50, a discount from the usual price of $80.

"To me, it really hits close to home, sitting here talking with employees who were in Building 1 or Building 2, talking to EMS and police officers," Altman said. "We've been able to tattoo the police officer who had to notify all the victims' families."

One hundred percent of the proceeds will go to The United Way to help survivors and the victim's families.

"We just feel like in a time of tragedy like this, the community has to come together to start the healing process," Altman said.

EMT trainee Emily Penning also got an anchor tattoo, after visiting the memorial to leave a painting she created with a friend.

"But it just didn't feel like it was enough," she said.

So she's getting a permanent tribute to the city she loves and donating money to help the victims.

"It's incredible. It's extremely incredible what they're doing," she said about Sandbridge Tattoo's fundraiser. "That's 100 percent humanitarianism."

Tattoos were given on a first come, first serve basis. Monday, June 10th is the last day for the fundraiser.